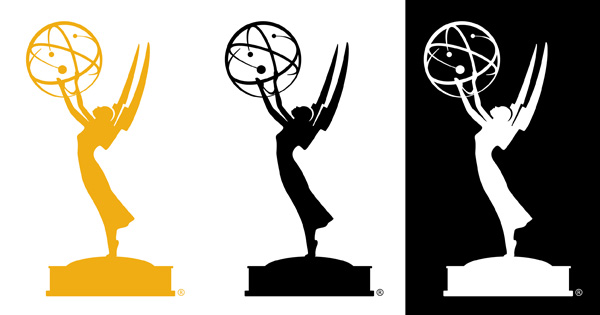 The Television Academy has announced the recipients of the 72nd Engineering Emmy Awards, which honour an individual, company or organisation for developments in broadcast technology. For the first time, the ceremony will stream live on Emmys.com on 29 October 2020.

Engineering Emmys are presented to an individual, company or organization for developments in engineering that are either so extensive an improvement on existing methods or so innovative in nature that they materially affect the production, recording, transmission or reception of television. This year the Academy is recognising nine companies and five individuals with the award.

As the television industry has worked to meet the challenges of a global pandemic, the Academy's Engineering Emmy Awards Committee has selected the following four companies for recognition of their efforts to address issues related to COVID-19. These organisations have developed and deployed engineering technology that has allowed remote production to continue during this period.

Sohonet
ClearView Flex supports real-time remote collaboration that cab used and managed for preproduction, production, VFX and postproduction. Of special value to those working from home, it can be deployed on any network and reliably and consistently viewed user in a studio-approved secure ecosystem on consumer devices including AppleTV, iPads/iPhones, Android tablets and phones and Macs or PCs.

Evercast
Evercast is a real-time collaboration platform that combines video conferencing, HD livestreaming and full-spectrum audio in a single web-based platform. Requiring no file sharing and no specialised hardware, Evercast allows users to securely stream creative workflows – live cameras on set, Avid, Premiere, Maya, Pro Tools and so on – to anyone at any location. With ultra-low latency, Evercast creates a digital experience that matching that of a team sitting in the same office.

Teradici
Teradici Cloud Access Software enables artists and producers to work from anywhere by establishing a secure remote access connection supporting graphics-intensive workloads to Windows or Linux desktops hosted in the studio, a private data centre or a public cloud. Users can access remote workstations through the Teradici PCoIP protocol from various client devices and can use display, keyboard, mouse and peripherals such as Wacom devices as if they were on a local machine, with the resolution and colour fidelity needed to maintain high standards.

HP Inc.
HP ZCentral Remote Boost allows access to high-performance computing from anywhere, and accelerates remote creative processes for production teams of editors, artists and other creative professionals dispersed around the world working on almost any end-point device. Use cases include VFX, simulation and 3D.

Seven further Engineering Emmy awards were given to the following recipients for exceptional engineering developments.

Bill Spitzak and Jonathan Egstad were part of the first Nuke development team that wrote Nuke’s core architecture and 3D system at Digital Domain. Jerry Huxtable, Nuke Software Architect, has contributed to Nuke since it was acquired by Foundry in 2007 and Peter Crossley, Nuke Engineering Manager, has been a Nuke developer for almost ten years and currently leads the engineering efforts on the Nuke family at Foundry.

Peter said, “To build on the legacy that Bill and Jonathan created, we have expanded our features and workflows with support for Deep Compositing, GPU Processing and a proprietary Particle System, as well as keeping Nuke up to date with industry standards by adopting support for the VFX Reference Platform and libraries such as OpenColorIO and Alembic.

CODEX
CODEX RAW Workflow is a high-speed data-migration process for RAW camera content, used to set up secure-transport workflows from production to post, while reducing storage costs and saving time through its high-density encoding. When used with CODEX High Density Encoding (HDE) for ARRIRAW files, it can achieve a reduction in the data footprint of up to 50% with no loss in image quality. Owing to the smaller file sizes, HDE encoding saves time in data migration and file transfers and during the final archive to tape or the cloud, and also during post-production.

RE:Vision Effects supplies their tools as plug-ins to many commonly used host applications and interfaces including FilmLight, Digital Vision, Foundry, Autodesk, Adobe and others.

Apple Inc.
Apple ProRes is a lossy video compression format has become a widely used intermediate video codec in the film and television industry since its introduction in 2007. It preserves source video quality and features algorithm design for fast encoding and decoding. These two properties, with Apple's licensing and certification support, make ProRes suitable for content-creation workflows from acquisition to editing, colour correction, broadcast ingest and playout, and FX creation to master content distribution and archiving.

Sound Radix
Sound Radix Auto-Align Post carries out phase/time corrections of a moving multi-microphone recording. By dynamically correcting delay and phase between the boom and lavalier microphones as they move around the set, this tool automates what was previously a labour-intensive task for sound editors across the industry.   www.emmys.com