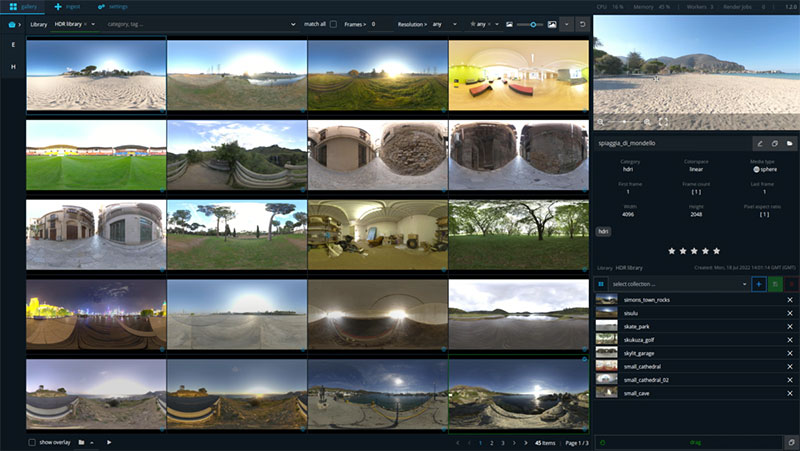 The VFX library software das element helps visual effects studios to tag and organise asset libraries, resulting in a structure that allows artists to quickly find the element that best fits the shots they are working on. The application is cross-platform and runs offline, and is now available in a new release, version 1.2, that emphasises usability and teamwork between users. Artists can create elements collections for specific purposes, and access sharing improvements, pipeline tools and a new HDR sphere viewer.

A new feature called 'collections' is introduced to reduce artist overhead by eliminating long search processes for elements. Supervisors and team leads can select appropriate elements and bundle them into a collection to share with the rest of the team, giving artists a reduced set of elements that will work with the shot or sequence.

Any type of element can be added and collections can be organised into a custom folder structure on disk that will be accessible inside the software. Each user can also create personal collections and favourites, and make them public or private with a few clicks.

A related new feature called 'shopping cart' is used to browse all existing libraries and drag promising looking elements into one bundled collection. Here, artists can collect elements and import all of them into compositing software or another type of media player to review the high resolution media files.

A major update to the software is the new API, which supports both Python 2 and 3. The command line tool (CLI-Version) now delivers the tools pipeline TDs and software developers need to set up a tight integration into the studio pipeline. The API comes with clear, simple documentation and sample scripts that can be used to achieve tasks such as ingesting new elements or updating existing ones. These tools make users more flexible when integrating das element into their workflows. 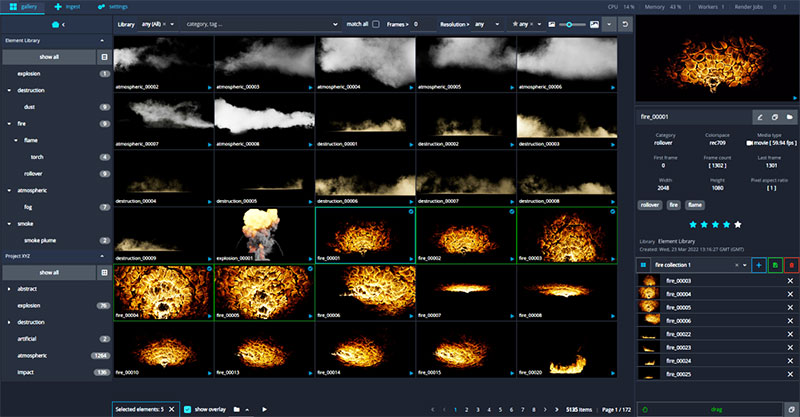 Version 1.2 of das element now makes it possible to organise and sort HDR spheres. Over time, studios typically build up large collections of HDR spheres used for image-based lighting in 3D applications, which may be spread out over different projects and servers. A new media type, called ‘sphere’, has been introduced for these types of panoramic images. A new sphere-viewer allows you to navigate inside your HDR spheres to gain a better understanding of how they will look in your 3D scenes or matte paintings.

Various improvements have been added to the UI, including a new filter that allows you to identify and select all elements that were ingested on a specific day and date range. The multi-selection tool has also been adjusted. To improve working with project files – from Nuke, After Effects and so on – items can now be opened directly in the corresponding software by double clicking on them. Working with templates will also be very fast.

Library configurations you set up can now be locked to prevent further editing and ingest of new elements. This feature is very useful if you want to share libraries between multiple facilities but wish to preserve them as they are and avoid changes.

For a better understanding of the current system utilisation, a new status bar has been added. When ingesting elements or re-rendering transcoding templates, you can now see the system’s CPU and memory usage, as well as jobs that are currently in the render queue.

To add more transparency about the latest developments for das element and what features are planned in the future, a suggestions box has been added to the website. Users can make their own suggestions for new features and promote the ideas of others.   das-element.com