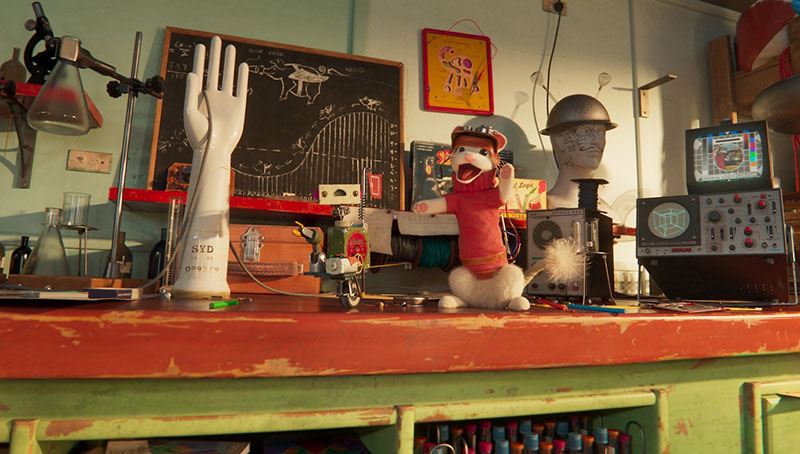 Following the success of last year's release of ALab, with 4,000 downloads to date, Animal Logic is ready to share the next enhanced iteration of their open source project.

ALab Phase 2 gives a view of a full production scene with over 300 production quality assets, including two rigged 3D animated characters with looping animation and baked procedural fur and fabric, all supplied as a part of the first open-sourced USD shot context from a studio.

The wider community can now create their own original projects with access to the expanded open-source digital production set, including cameras, lights and the two CG characters, Goggles and her offsider Hinge. The new release aims to encourage further exploration and adoption of the open-source USD ecosystem while promoting the talent at Animal Logic. ALab has provided an accessible platform for artists and practitioners to develop their individual aesthetics and encourage collaboration across the wider 3D community.

“This set of assets is another key piece in encouraging the wider industry adoption of Pixar’s USD,” said Aidan Sarsfield, Head of Production Technology. “We look forward to seeing it used as an exemplar by individuals, vendors and studios.”

As well as releasing the USD files and textures from the production shot, Animal Logic has created a lit and rendered sequence, directed by Grant Freckelton, who also led the team that designed the ALab assets. The sequence highlights the asset suite's complexity and quality while introducing the two new characters, found in the scene.

“Goggles is puppet-like and cute but also decked out with scientific observation equipment, as if the little critter was constantly recording and observing whatever experiments were going on in the lab," said Grant. " Hinge was made from found objects in the environment with a head inspired by the concept of pareidolia [seeing objects, patterns or meaning where there is none]. We ended up with our own version of a homemade robot." 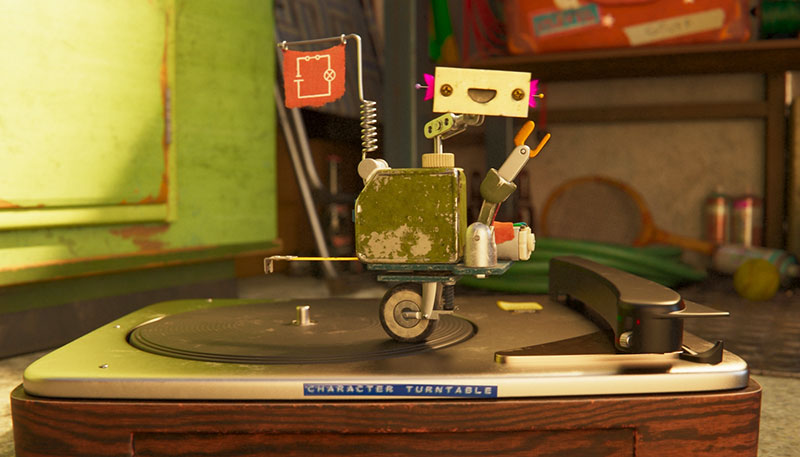 The new ALab data set inspired the team to begin production on a short film that shows off the beautiful characters, assets and overall production design. Directed by David Peers and created in Unreal Engine, Unhinged follows Goggles and Hinge in the abandoned workshop and provides insight into Animal Logic’s unique style, innovative nature and playful approach to storytelling.

"It was an amazing head start to have all the beautiful assets to draw on. So much love went into the designs and creation of everything in ALab," said David. "Our first foray into the world of Unreal Engine was a challenge, but we all collaborated and solved any issues together. Our crew were incredible, we’re all so proud of what we’ve achieved." 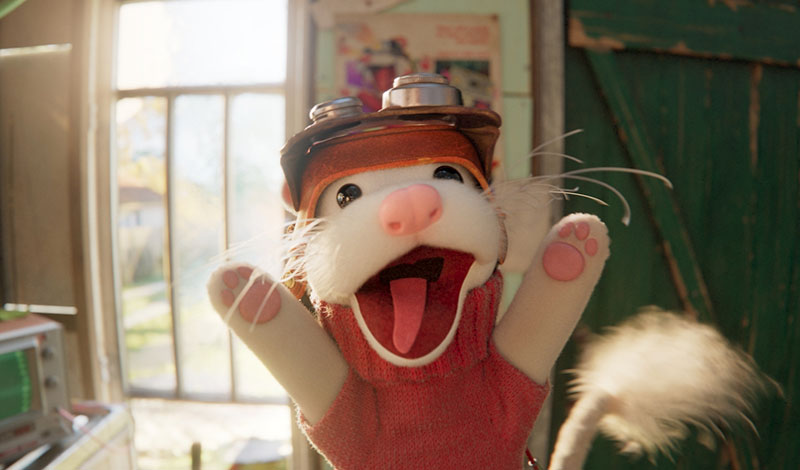 The ALab data set is supplied as three separate downloads: the full production scene, high-quality textures, and baked procedural fur and fabric for the animated characters.

The Animal Logic ALab data set is one of the first digital assets adopted by the Academy Software Foundation’s Digital Production Example Library and is now available to access via animallogic.com/alab.

Directed by David Peers and created in Unreal Engine, click here to watch the trailer for Unhinged.
animallogic.com