RenderMan 24 Upgrades Render Architecture and Shading for Animation and VFX 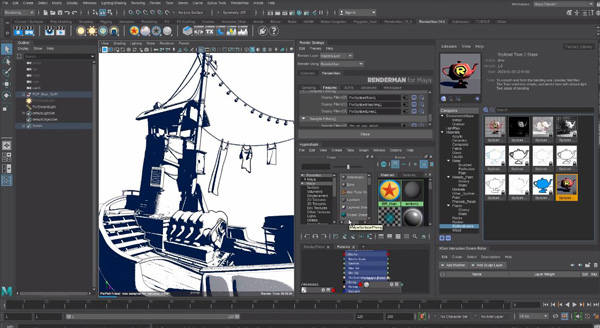 Pixar RenderMan version 24 is now released with a new rendering architecture for animation and visual effects, RenderMan XPU, that upgrades look development and interactivity, and is able to use both CPU and GPU multi-core hardware, separately or in combination.

RenderMan XPU adds live rendering capabilities to the pipeline by returning immediate feedback on complex assets to support faster artistic iteration. Using XPU for look development, artists can then use it to transition to the RIS rendering mode, RenderMan's production pathtracer, for final shot production. RIS supports many of the regular RenderMan’s features but adds a new shading pipeline and focusses on ease of use while generating production renders.

When there are differences between the XPU and RIS results, XPU will still create images that indicate the output from RIS, but these differences will be addressed as Pixar continues to develop XPU and add more production features.

The version 24 software also has a new shading system for layered materials called MaterialX Lama that was originally developed at Industrial Light & Magic, where it has been used in production for some years. Users can build material networks in a modular fashion that includes new methods for energy conservation and dispersion. The new Lama Hair Chiang material makes hair shading more predictable and controllable through improved specular highlights and more efficient sampling. 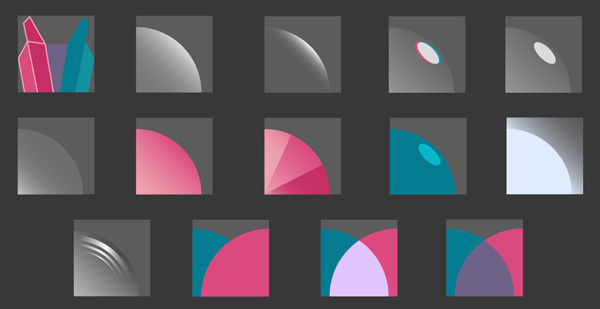 Artists can mix and match Lama layers in RenderMan Bridge Tools, save those materials and share them through the Preset Browser. The Bridge Tools (see below) are custom-made interfaces for each application that RenderMan supports, in collaboration with the application's developers in order to make the best use of the application’s interface.

The Lama shading system initiates RenderMan’s move toward deep integration of MaterialX, an open standard for transfer of material and look-development content between applications and renderers. MaterialX represents the data values and relationships needed to transfer the look of a CG model from one application or renderer to another, including shading networks, patterns and texturing, complex nested materials and geometric assignments.

RenderMan 24 also has a new set of tools called RenderMan Stylized Looks, designed for setting up non-photorealistic renders that users define to match their own animation and illustrative styles. Artists work interactively to create lines, hatching, brushstrokes and so on.

Should these or any other looks require fine details, a Bump Roughness system developed at Pixar Animation may help to render micro details such as scratches efficiently and automatically, without expensive sampling. Because pathtracers sometime fail to find tiny details such as scratches, especially when far from camera, Bump Roughness helps preserve detail in medium and wide shots. Once the texture map is plugged in, processing is automatic. 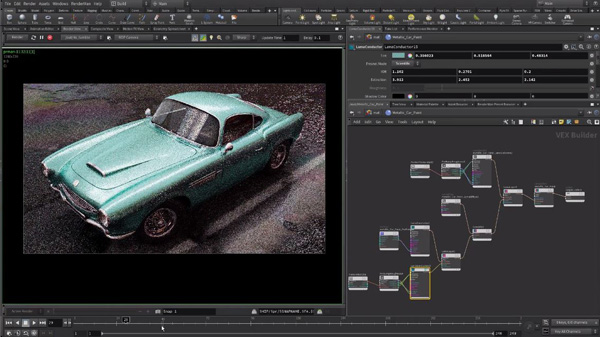 RenderMan has new tools for supporting the ACES colour standard. While VFX artists formerly worked within colour spaces that were fixed and depended on the current cameras and devices, ACES uses a file format that can encode the whole visible spectrum in 30 possible stops of dynamic range. Once transformed, all source material is described in the system in precisely the same way.

Within the animation and VFX industry, many pipelines use ACES in conjunction with OpenColorIO (OCIO), the open standard for colour management that aims to address VFX and animation pipelines and supports diverse formats including ACES encoded files. It is also consistent, adapts to pipelines and is supported by commercial DCC software. Workflows are automatic in all Bridge Tools, including changes to materials, lights, textures and IT, the interactive Image Tool.

Regarding the Bridge Tools that artists use to integrate their content creation software directly with Renderman, the versions for Autodesk Maya, Foundry Katana and SideFX Houdini have all been updated for version 24. This includes new support for LPEs and AOVs in Houdini’s Solaris USD tools, plus initial support for Maya 2022, and RenderMan for Blender has undergone a complete rewrite. The Preset Browser and library of materials are also upgraded – the Preset Browser is able to save MaterialX Lama materials and display filters, which facilitate the sharing of Stylized Looks.

The renderer’s statistics system is redesigned to allow interactivity and extensibility so that artists can monitor their rendering resource usage live.

Artists can extend their look development tools with Phasor Noise, Hex Tiling and others. All patterns can now be rendered natively in OSL (Open Shading Language) for better interoperability in shading pipelines, and for enabling XPU’s hybrid architecture. For sampling, new blue noise dithering improves the visual appearance of noise by organising the sampling pattern distribution, producing a cleaner image faster. renderman.pixar.com