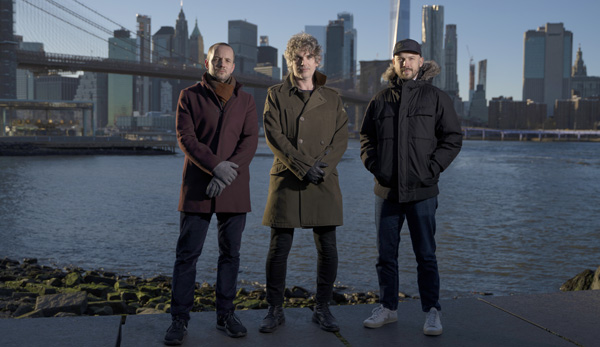 VFX artist Jasper Kidd most recently worked as VFX Supervisor on the fantasy drama film ‘Wendy’. Prior to that project, he was on staff at Absolute Post, Rainmaker and The Mill, with experience as an animator, compositor, designer and director. His advertising credits include Hennessey’s ‘The Piccards’ and ‘Major’, along with SonyPlaystation ‘The King’ and ‘Star Wars Battlefront’. He has also worked with directors such as Daniel Wolfe, Martin De Thurah, Wayne McClammy and Chris Cunningham.

“What I’m most excited about at Preymaker is the chance to grow in all the areas evolving in our industry,” Jasper said. “From exploring the opportunities of the cloud, to the possibilities of real-time. While the advantages of our new model are innumerable, I also relish the challenges of having to invent everything we need to live in this new paradigm.”

Alan McSeveney brings technical expertise to Preymaker cultivated from over a decade at The Mill as Senior Systems Engineer, IT Manager and most recently, Head of Technology at the New York studio. The opportunity to help build a brand new startup with long-time colleagues Angus Kneale, Melanie Wickham and Verity Grantham motivated Alan to join Preymaker.

“At Preymaker we are implementing entirely new systems and a scalable structure, allowing us to grow and collaborate globally, and stay one step ahead,” he said. “I’m responsible for everything from remote setups for our staff to designing cloud architecture and the entire workflow, ensuring the work flows as cohesively and efficiently as possible. I also manage security to assure confidentiality for our clients and their campaigns. All this presents challenges – the simpler we want our operations to be, the more complex things have to be on the backend.”

Jamie Scott has worked on staff at Psyop, Method and The MIll as a VFX Supervisor and compositor. His experience includes collaborations with A-list directors such as Rupert Sanders, Tom Kuntz, Ringan Ledwidge, Daniel Wolfe and Michel Gondry, and he has also met success as an experimental filmmaker. His work has been commissioned by Chanel, Spotify and Dell, and includes a series of acclaimed time-lapse films of seasons in Central Park that went viral and generated global media coverage.

“Preymaker is a great fit for me,” he said. “I’ll be working with colleagues who I know well, and with clients who are adventurous and driven by stories. The cloud-based systems Preymaker is pioneering bring so many advantages that enable us to collaborate directly with other artists around the globe. Preymaker also has the ability to dynamically expand with access to unlimited amounts of render power. These advantages help creativity flow and creative culture thrive.”