Golaem 7.3 Characters Step Beyond Crowds with USD, Scattering and Fur

Golaem 7.3 Characters Step Beyond Crowds with USD, Scattering and Fur 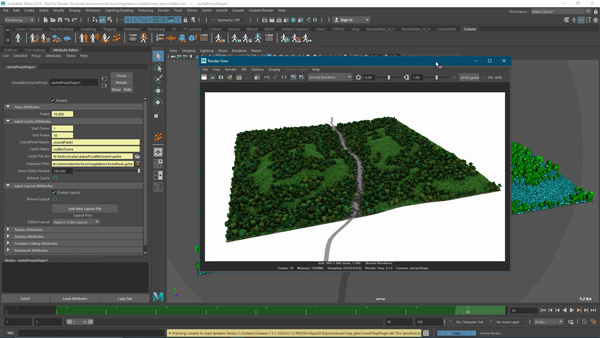 Golaem characters are extending their usefulness beyond crowd simulations to become a cross-pipeline data format for animated characters of all types such as cars, trees and others. New functionality in Golaem 7.3 illustrates this vision of Golaem’s developers, simplifying interaction with the FX department and using Golaem for set dressing and environment creation.

Golaem now has a procedural plugin for Pixar’s USD, enabling efficient loading of Golaem characters in the USD pipeline and making them directly usable in many digital content creation tools supporting USD such as Houdini, Katana, Unreal and 3ds Max.

Combined with the Python-based Layout Editor, it works as a versatile tool for populating scenes, and is available for USD Standalone, Houdini and Katana without a lot of pipeline integration effort. The procedural code has also been open-sourced for studios needing to build it themselves. 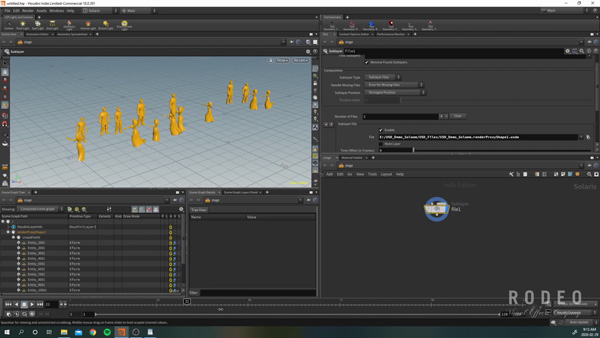 Further to its artistically controllable character geometry and shading variation system, Golaem now ships with a morphological variation tool. Within the same character, an artist can define different kinds of morphologies – small, tall, thin, fat – by defining scale ranges for every bone and control their assignment and even mix them to obtain variations inside a population, while retaining artistic control along the complete shot creation process. By design, the generated characters look more diverse and natural.

Golaem 7.3 introduces a new type of Population Tool enabling users to distribute not only characters but also trees, rocks and buildings more naturally, in order to meet varying set dressing requirements. The new scattering technique encompasses fall-off, clustering and decimating depending on slope or distance to an object, normal alignment of placed characters, and so on. 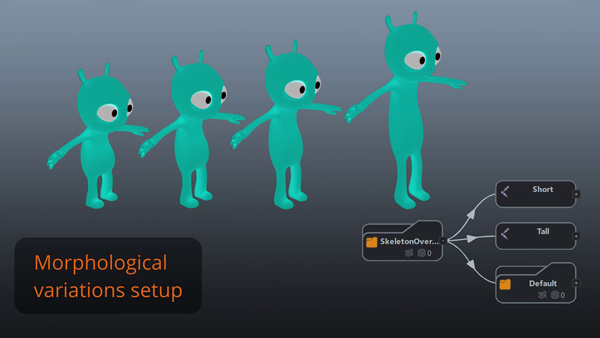 To make the workflow smoother, an instant character preview has also been added and the instancing capabilities have been optimised to support in-character instancing – for example, for leaves in a tree character. A tutorial about this example can be found in the Golaem Help Section.

Since its introduction in Golaem 6.4, mesh deformed fur has been used for short hair and coats in several feature film and television projects such as ‘The Adams Family’, ‘Ford vs Ferrari’ or ‘Lost In Space’ Season 2. Golaem 7.3 goes further and enables users to literally skin the character with the fur and deform the fur along its animation. 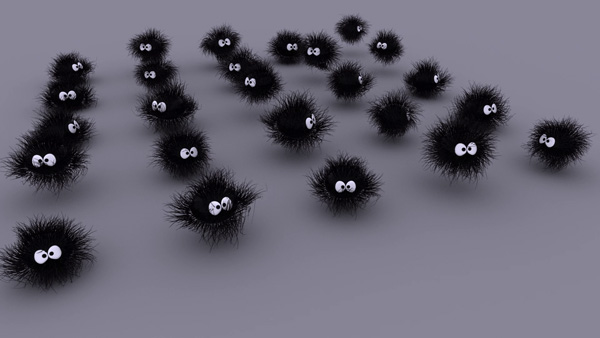 Combined with Golaem’s physics simulation, users can simulate fur dynamics on a crowd at a low memory cost. The workflow is still compatible with most of the major fur simulation software such as Xgen, Yeti or Ornatrix – as well as proprietary engines as long as they can be imported within Maya as curves or Alembic curves. An overview of the workflow can be viewed in the Golaem Help Section.

Golaem 7.3 improves the Golaem Layout Rig Node, which is able to emulate a Maya IK/FK rig on top of any of the Golaem cached characters. Animators acan use this rig directly to retake character animations within Maya and initiate them without leaving the crowd pipeline.

This new tool enables teams or studios to build libraries of Golaem Population Vignettes so that their Layout team and animators can put them into a scene and quickly retake their animation, leaving the rest intact, to adapt them to changing creative needs or changes in the environment. 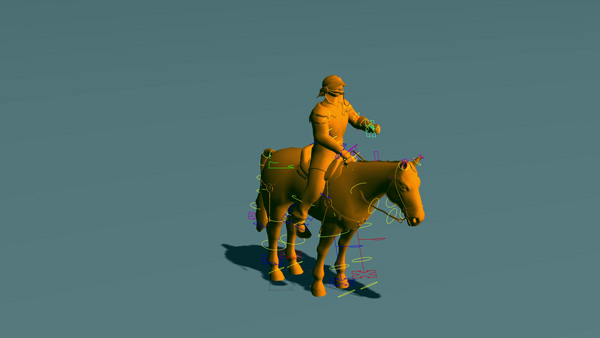 A Population Vignette is similar to a simulation cache proxy, representing behaviour for groups of characters, that can be edited through Animation Layers such as automatic feet adaptation to the ground, gaze, duplication, controllable geometry and shading variations, animation retiming and animation retakes. A tutorial about using these Animation Layers can be found in the Golaem Help Section.

To keep in touch with its users during the Covid-19 outbreak, Golaem will demonstrate this new version and deliver some tutorials live online during the following weeks.        golaem.com