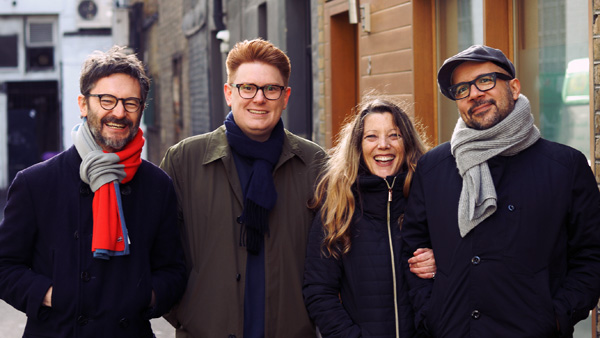 Technicolor company MPC has launched a new episodic visual effects division, sparked by the many changes the entertainment industry is currently experiencing. Due to fast growth in new streaming platforms now available to viewers and a large-scale demand for content, combined with sophisticated viewing devices that enable consumers to watch high quality content when and wherever they want, audience expectations for episodic content have quickly grown. Their expectations are often answered through increasingly complex and dynamic stories, putting new demands on visual effects teams and creating new opportunities. www.technicolor.com

As a result MPC, recognised for its photoreal VFX and animation work, will give episodic directors and producers access to the company’s pioneering tools and systems, and talented artists, developers and producers, behind recent blockbusters such as ‘The Lion King’, ‘1917’, ‘Detective Pikachu’ and ‘Godzilla: King of The Monsters’.

The division will be headed by MD Thomas Williams, who was previously COO for MPC Film. Before joining MPC, Thomas spent 10 years at Sky, working in production planning and technical development for Sky Studios.

Thomas said, “The episodic landscape has changed at an extraordinary pace, and now feels like the perfect time to launch this exciting new division. MPC has been behind some of the most awe-inspiring film and commercials work of the last decade and is well positioned to bring its phenomenal expertise to the episodic community.”

The episodic division will be headquartered at MPC’s London studio and expands on Technicolor’s portfolio of film and episodic VFX studios, Mill Film, Mr. X and Mikros.  www.moving-picture.com