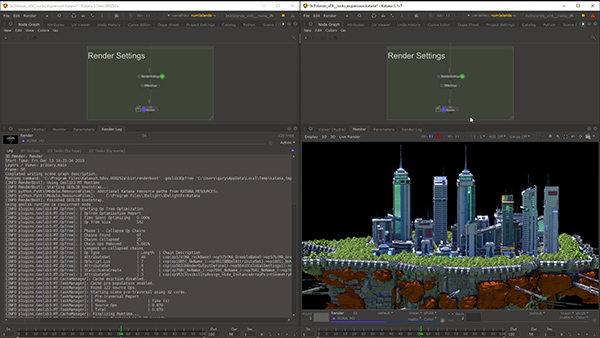 Katana 3.5 has a new core engine, rebuilt to perform key operations faster and speed up iteration. Using a new option to render images directly to the viewer, artists can now interact directly with their work. A renderer-agnostic USD plugin allows studios to build USD pipelines with less development effort. The source code will become open source shortly after the release of Katana 3.5.

Foundry rewrote Katana’s v3.5 core engine in collaboration with Intel, making the software notably faster for many operations involved in handing over scene data to renderer plugins, shortening the time it takes to traverse the scene graph and start rendering pixels – that is, time to first pixel. Due to scene preprocessing and caching processes, speed is also increased for renderers that previously supported multi-threaded scene traversal, such as 3Delight and RenderMan.

Katana is now able to access more of the power available in render farms. All Katana scene processing is now fully multi-threaded. A profiling rendering mode can be used to debug scenes, and new parameters allow fine tuning to suit most scenes with extra statistics to give insight into some of the optimisations and their pre-processing costs. 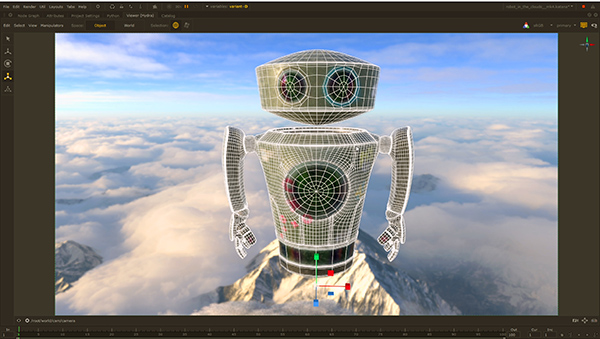 The new Monitor Layer was developed to allow interaction with ray traced renders directly in the viewer. Keeping the image and the image manipulation tools in the same place should give artists a neater experience.  Katana’s existing rendering system is compatible with all existing renderer plugins. Part of this development was a performance increase, particularly to refresh rates of large images, with or without large numbers of AOVs (Arbitrary Output Variables). Having optimised both functionality and viewing speed, Katana 3.5 shows rendered images in its Monitor or Monitor Layer as fast as the renderer plugin can produce them.

Users can choose whether or not to use alpha channels. They can see a wireframe mesh of selected items over the render, and temporarily switch to a different camera for a change in perspective. Other choices are between continuous rendering refinements, and updates between viewer actions. 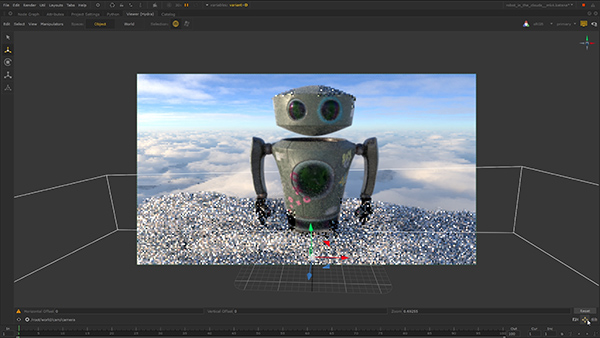 Interaction with objects is precise, even it they do not have a GL representation. Lighting is completely colour managed and can receive immediate feedback either in context or through the individual AOVs. For qucker compsrison, keyboard shortcuts can be used to shift between AOVs including toggling back and forth with the beauty pass. 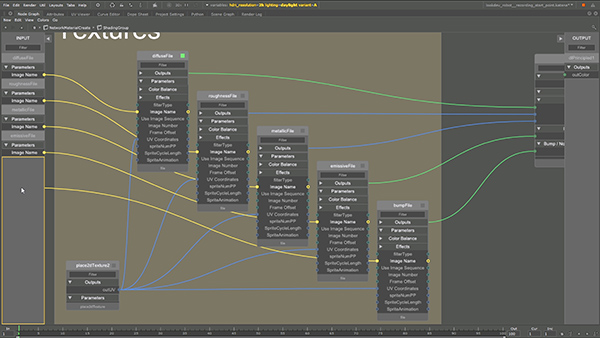 Click and drag to promote shading parameters and expose to UI.

Katana 3.5 includes integration with a set of USD tools – Foundry intends to develop open-source USD plugins for Katana that are renderer-agnostic, allowing studios to set up, experiment and build their own USD production pipelines. Katana 3.5 has the most recent USD 19.11 source code so artists and studios can use the latest version of Maya plugins, Houdini 18 and Katana together in one pipeline, supporting cross-software collaboration.

Foundry will make the USD plugin source code open source and manage pull requests as part of its larger open source plans. An open source Shotgun plugin will be available soon as well, so that users won’t need to build their own.  www.foundry.com