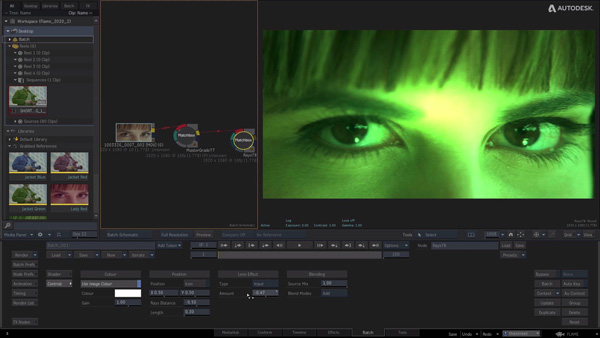 Reference images can be stored in a new library for comparisons.

Building on the machine learning functionality initially introduced with Flame 2020, this update adds more uses of AI for specialised image segmentation, and makes improvements to the Compare tool and workflow in Batch. 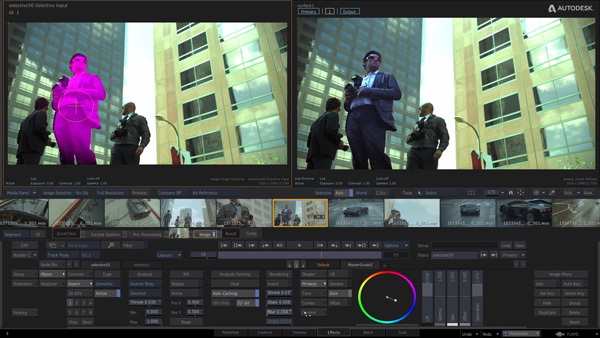 Flame 2020.2 has a new semantic keyer for isolating human bodies ... 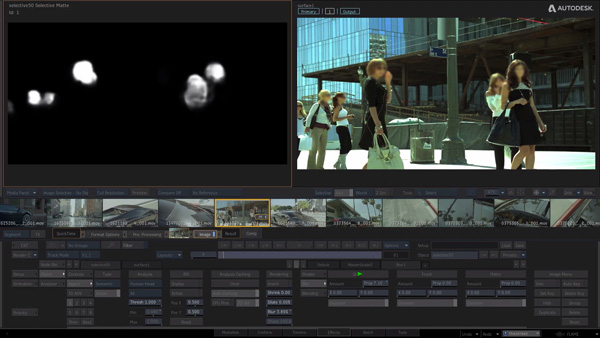 ... and also for isolating heads in a clip.

The Human Body and Human Head semantic keyers can be used in an Image node in the Effects tab for fast, iterative colour grading and lighting effects treatments on shots. They can also be used for procedural compositing in the Batch node compositing environment.

After refining the key to achieve the required result, any grading or effects will be applied only to those bodies. You can also switch to a Select mode to isolate only one body in the scene. By inverting the key you can apply effects to the background and not the bodies. You can also drag and drop the keyer and all effects applied to it from one clip to another.

The human face keyer allows you to isolate faces in a scene in the same way as the body model, and you can switch to the selection mode to key out just one face and then choose which face you want to isolate. Because the keyers are machine learning tools, results will be applied to all frames automatically. 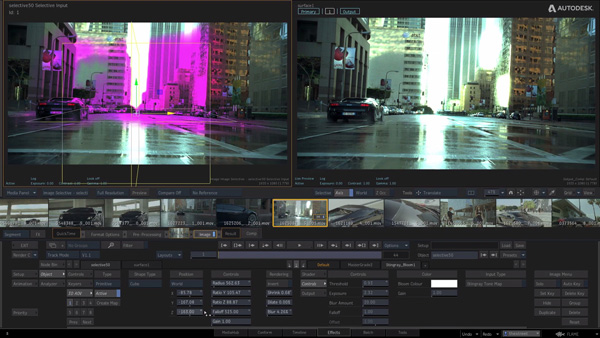 Users can position primitive volumes at a specific depth value in shots.

Within the Selective AOV primitive mode, interactive widgets allow you to perform XY translation and rescale the primitive directly in the viewport. Using the image segmentation Primitive, you can define a Z-depth volume with a cube or a sphere primitive and then position the primitive volume at a specific depth value by holding a hot key and dragging it in the view.

Users can now store unlimited reference stills in the new compare tool and workflow, available from the effects tab in Batch. Permanent grabbed references are now stored in a new Grabbed References library in the Media Panel. 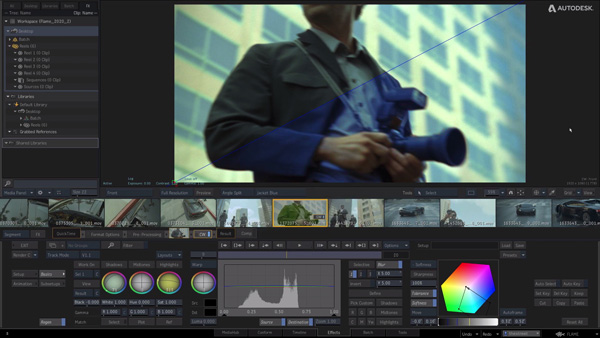 Compared images in the Reference Library can be recalled later from a pull down menu.

When images are added to the library, which is hidden by default, they can be renamed, re-ordered and deleted from the media panel - the software will rename them for you unless you choose otherwise. The compared images can be recalled from a pull down menu or by using hot keys.