DNEG visual effects, animation and stereo conversion company has launched ReDefine, a new studio devoted to bridging the gap between east and west for creative services for film and content for OTT streaming.

ReDefine will operate alongside DNEG, supplying creative visual effects and animation services to expanding international markets such as China and India, as well as independent productions in other locations. It will bring local experience and competitive creative supervision, scaling to these rapidly growing markets while taking advantage of access to DNEG’s technical infrastructure.

China is expected to surpass North America as the world’s largest theatrical movie market in the next few years, and demand for original OTT streaming content in India is growing rapidly, driven primarily by mobile broadband usage and lower data charges.

ReDefine’s work is being led by dedicated supervisory teams operating from London and Montréal, focusing on creative design and execution. ReDefine will be based in a new studio facility in Mumbai, which will be home to more than 600 staff.

DNEG CEO Namit Malhotra said, “As part of our vision to build a truly global organisation we are continuing to explore how we work with our partners, storytellers and content makers around the world.

“Our clients’ requirements and work methods in areas such as China and India are often different to those of the Hollywood productions. ReDefine will adopt an alternative approach, specifically tailored to the creative needs and working styles of non-Hollywood markets. 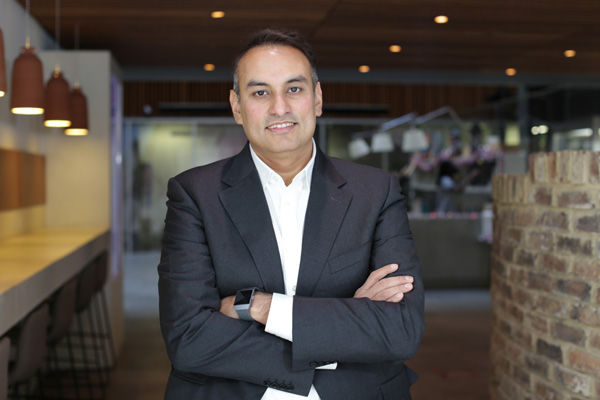 “We chose the name ReDefine because it reflects the way we will re-define how filmmaking services are provided to productions outside of Hollywood, with a purpose-built approach for each market. DNEG has founded its success on close creative collaboration with clients, and ReDefine is a logical next step to even better serve our partners around the world.”

ReDefine already has projects in production, including ‘Brahmastra’, written and directed by Ayan Mukherjee, and starring Amitabh Bachchan, Ranbir Kapoor and Alia Bhatt. The artists are also working on several projects for the Chinese market, including ‘Liberation’ for directors Xiaoyang Chang and Shaohong Li, ‘The Mermaid 2’ in 3D and ‘Turandot’ for director Xiaolong Zheng. Animation projects currently in production at ReDefine include ‘100% Wolf’ and four other feature-length productions.

Talking about ReDefine’s work on ‘Brahmastra’, director Ayan Mukherjee said, “The visual effects for ‘Brahmastra’ will pioneer new techniques and processes that have not previously been seen in movies for the mainstream Indian film market. Having worked with DNEG, and now ReDefine, I know that together we are creating amazing visuals that reflect a quality and calibre that audiences have come to expect from big budget Hollywood films.

“I’m especially excited to work with ReDefine because it brings not only more sophisticated tools, systems and creative input, but also an in-depth knowledge and understanding of our local Bollywood culture and working-style.”   www.dneg.com