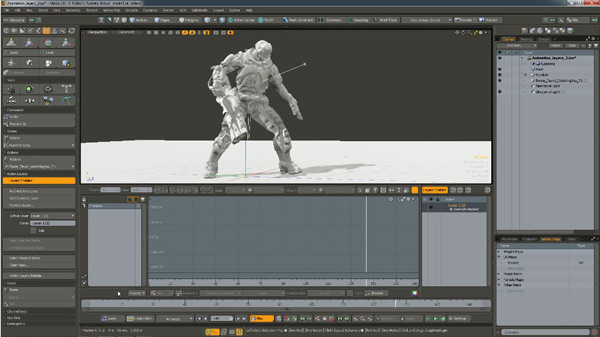 ProRender is a hardware-agnostic, physically-based render engine that uses open standards in order to work on various GPUs and CPUs, including hardware that was once confined to real-time viewports. A GPU accelerated path-tracer, Radeon Pro Render is an offline engine that renders frames to an image format. According to Foundry, it marks the beginning of greater rendering flexibility and improved APIs in Modo. 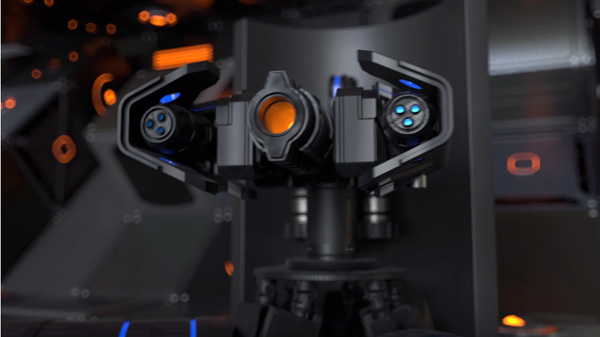 AMD’s denoising reduces render times by accessing one of two options - Bilateral and Median. Like Radeon Pro Render, the denoiser is not vendor-specific and is available to Windows and OSX users.

For character artists, Modo 12’s improvements to the schematic viewport resulted in a cleaner, easier-to-manage user experience with tools such as Notes to support collaborative pipelines. Now Modo 13 adds non-destructive editing of specific actions through the new Animation Layers function, where each layer can be controlled to override or apply additively in a top-down format. Masking with this new layers system allows individual aspects of an animation to be isolated and uniquely defined. 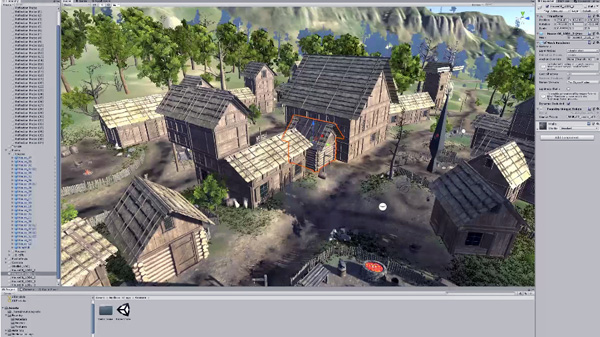 Modo Bridge now supports Unity and adds the same functionality that was present in the Unreal Bridge through a shared interface to speed up and simplify interaction with real-time scene creation. Users can transfer Meshes, Instances, Textures, Materials and Cameras between Modo and Unity with bilateral communication so that artists can move items back and forth between either application.

To accelerate creation workflows for 3D artists, Modo’s direct modelling tools have been extended to include Relax Edge and Find Shortest Path Selection. The MeshFusion toolset in Modo 13.0 has Kit Fusing, allowing artists to define only a portion of a mesh to be used for creating boolean operations. This update makes it easier to use complex meshes and allows the use of holes to create the impression of complex negative forms like fan grills with mechanical components that are visible inside a surface. 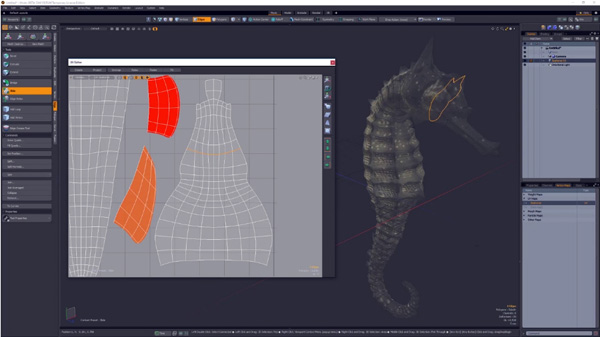 Arrays are a new extension to Modo’s procedural rigging system that allows storage, manipulation and output of data in different forms, extending the possibilities of what technical artists can engineer in Modo, which tries to support customised workflows as far as possible to suit projects. Arrays help you construct complex relationships that can be applied across Modo’s systems including, rigging, procedural modelling, particles and others to create specific tools and behaviours – such as a custom modelling tool or motion graphics system you need to realise your desired outcome.

The UV toolset in Modo 13.0 has been simplified to reduce the time required to generate clean UV maps. The new UV Cut Map can be used to define sets of selections that are colour-coded and displayed on the model in the 3D viewport. Enhancements to the UV Split, Wireframe Display, Packing and the Edge and Vertex Slide allow more control of the unwrapping and uses of complex UV maps.

Modo 13.0 is the first in a series of three installments of the Modo 13 Series.  www.foundry.com