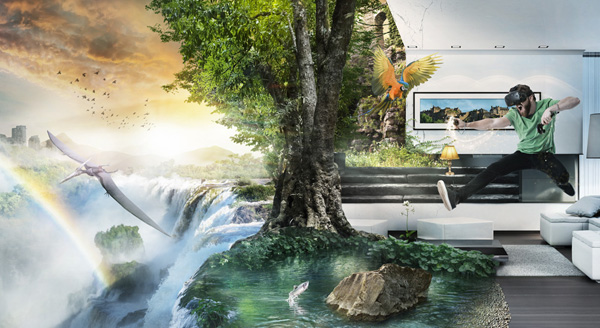 Functionality for virtual reality includes a 360º true 3D workspace and support for stereoscopic VR. It has a new panoramic viewer and supports Oculus Rift, HTC Vive and other commonly used VR headsets. Its 360º spherical camera renders out complete VR scenes in a single pass, without the need for complex camera rigs. Working in VR with Fusion is interactive due to GPU acceleration, which makes the software run fast enough for users to wear a headset and interact with elements in a VR scene in real time.

The new planar tracker in Fusion 9 calculates motion planes that can be used to accurately composite elements onto moving objects in a scene. The planes are useful when replacing signs or other flat objects as they move through a scene. Planar tracking data can also be used to follow rotoscoped shapes instead of manually animating motion, perspective, position, scale or rotation of rotoscoped elements as the image changes. 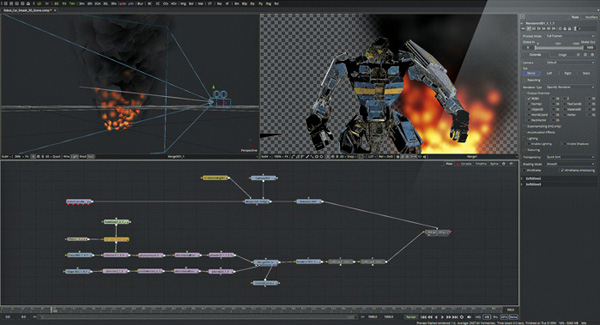 The new camera tracker analyzes the motion of a live action camera in a scene and reconstructs the identical motion path in 3D space to use with 3D cameras inside Fusion. This lets users composite elements with precisely matched movement, parallax and perspective of the original. Fusion will automatically analyse the shot and calculate lens focal length and distortion.

The new delta keyer applies up-to-date image science to Fusion’s keying tools - that is, combining relevant information from two or more images into a single image that is more effective than any one of the input images on its own. The new keyer is also built with matte finesse controls for creating keys as cleanly as possible while preserving fine image detail, and a clean plate tool that can smooth out subtle colour variations on blue and green screens in live action footage, making them easier to key.

On the collaboration side, the paid-for version Fusion 9 Studio includes Studio Player, a new application that contains a playlist, storyboard and timeline for playing back shots. Studio Player can track version history, display annotation notes, supports LUTs and can output via Blackmagic DeckLink and UltraStudio devices to display shots in a suite or theatre for review and approval. Remote functionality allows dispersed users in multiple locations to synchronize their Studio Players. Fusion 9 also has a bin server so that shared assets and tools don’t need to be copied onto each artist’s local workstation. 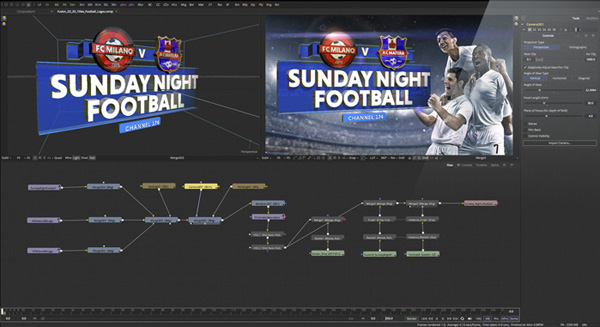 Fusion 9 Studio allows customers unlimited network rendering. This means that large studios working on complex shots and visual effects-heavy projects no longer have to pay a license fee for each render node. Once the studio purchases Fusion 9 Studio for a given number of workstations and installs it on each machine, it can then be installed on as many render nodes as required without extra charges or ongoing maintenance costs.

Fusion 9’s upgrade includes more GPU and OpenCL acceleration, making it faster overall, and works with more formats and file types than previously such as DNxHR, MXF and others. This compatibility makes it suitable for a broader range of workflows, including direct integration with DaVinci Resolve files.

Fusion 9 is available now. The price for Fusion Studio has been reduced from US$995 to only $299, making the cost highly competitive and making it easier for DaVinci Resolve colourists and editors to add Fusion Studio to their suites.

Editor and colourist Alan Edward Bell said, "Fusion is an integral part of my editing process and I’ve used it extensively for years. Blackmagic Design is continuously improving Fusion and it shows in this update with the multitude of new features, including new planar tracking. Fusion’s integration with editing programs makes tasks easy that were once impossible for an editor to accomplish! I love it." Alan has used Fusion on ‘The Amazing Spider-Man’, ‘Catching Fire’, ‘Mockingjay Part One’, ‘Mockingjay Part Two’ and ‘The Dark Tower’. 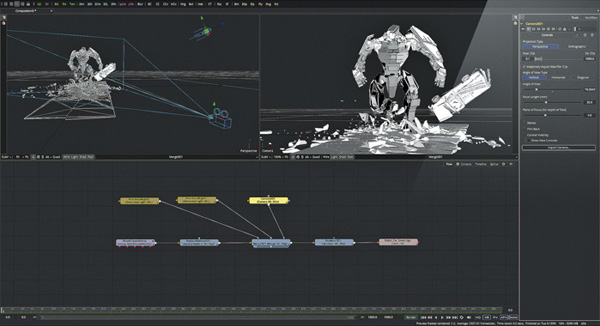 Because Fusion does not require a subscription or a connection to the cloud, users don’t have to worry about automatic updates or requests for payment interrupting a job. Once Fusion is purchased it will keep working until customers choose to upgrade – for example, after the completion of a major job. Moreover, because Fusion systems don't need an internet connection, they can be isolated to avoid the possibility of hacking. www.blackmagicdesign.com