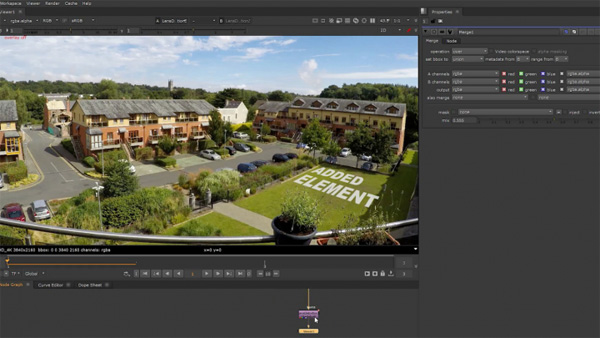 Foundry has launched Nuke and Hiero 11.0, updating the company’s Nuke, NukeX, Nuke Studio, Hiero and HieroPlayer software applications. A type of group node called Live Groups has been developed to make a new collaborative workflow available for sharing work among artists. All of the Nuke software is now aligned to VFX Reference Platform 2017 - industry guidelines for compatibility and pipeline integration.

Live Groups create external scripts for collaboration that can be referenced in other scripts without having to render intermediate stages. You can expose parameters for other artists to adjust without altering the parent Live Group. Live Groups automatically update when a script is loaded, making it simpler for artists to deal with different sections of a shot or project simultaneously. 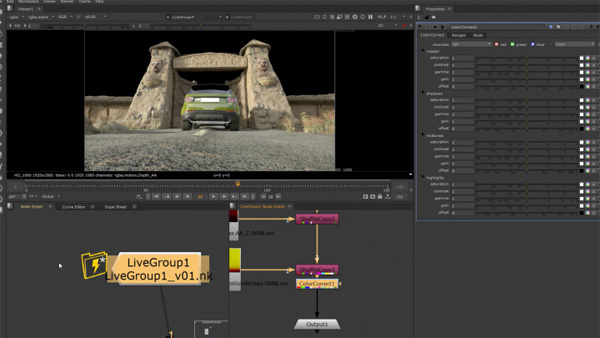 The Frame Server background rendering functionality in Nuke Studio is now available in Nuke and NukeX, so that users can use resources on their local machine to render in the background while continuing to work in the UI. A revamped Denoise function now gives more precise results while maintaining fine details, such as reducing blur when denoising areas with multiple parallel lines. To help new users start using Nuke on projects more readily, nodal toolsets for common setups and particles have been expanded and are accompanied by tutorials and examples.

The LensDistortion node in NukeX has been completely rebuilt with a more versatile set of lens distortion tools to solve a wider range of lenses. It has taken on the ability to reference multiple frames and supports fisheye and wide-angle lenses, improving data import from other lens estimation packages, and GPU-acceleration. The Smart Vector tools can now generate vectors either on a render farm or by using the Frame Server and the option to blur small distortions, making the tools faster and more effective on longer ranges of frames. 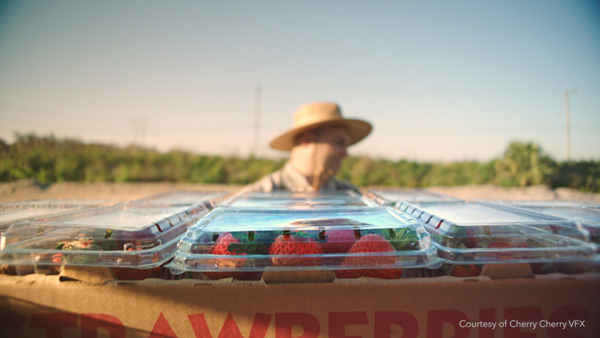 Nuke Studio now includes GPU-accelerated timeline disk caching for users to cache part or all of a sequence, including footage, soft effects and track blending, for smoother playback of more complex sequences. This change is aimed at users working on smaller machines, or with timelines too big for the RAM cache, who need to avoid localising their work.

Nonlinear re-times in Hiero 11 are now automatically recreated as a soft effect when importing AAF files, and do not have to be recreated manually. These results can then be managed alongside other soft effects - linear re-times, transforms, crops and so on. 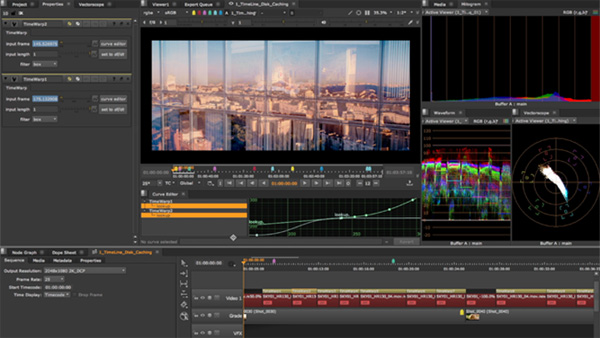 The Nuke family is now aligned to VFX Reference Platform 2017 - industry guidelines that help minimise incompatibilities between different software packages supporting Linux. Foundry’s compliance work keeps Nuke up to date and makes it easier to integrate into VFX pipelines, involving several of the major libraries used within Nuke including Python, Pyside and Qt. As well as these core components, some third party libraries have been upgraded, and also the camera format SDKs for ARRI and RED.

AMD GPUs and Other Hardware Support

Nuke’s OpenCL support has been expanded on Windows and Linux operating systems. As a result, certain AMD GPUs are now compatible with Nuke, effectively extending the choice in hardware for users. There is also a new certified platform for Nuke Studio compatible with Nuke 11.0 based on the HP Z840 system and NVIDIA P6000. This system includes the drive speeds and processing power optimised for taking better advantage of Nuke Studio.   www.foundry.com