AEAF Sets Sights on a Perfect Day of Speakers and Awards

AEAF Sets Sights on a Perfect Day of Speakers and Awards

As AEAF approaches on 16 August, NOW is the time to BOOK TICKETS. The Speaker Line-up is in place for a perfect day, and the judges are hard at work on hundreds of beautiful entries. You will be surprised by the breadth and quality of work on show at the Awards, ranging from polished motion graphics to photoreal looks and FX in movies, and now new virtual worlds.

The 360/VR category launched last year has grown to such an extent that we have divided it into two separate categories – 360 VR and VR Experience. See the article in this Newsletter below to find out the details and learn about the entries.

The full day of speakers coming to the event is terrific. AEAF is an opportunity to hear and see what is happening in your industry from some of the best artists in the world. Animation Director Rob Coleman from Animal Logic in Sydney, ILM’s Jeff Capogreco from Singapore, Anders Langlands of Weta Digital, Lindsay Adams at Iloura in Melbourne and motion artists from The Sequence Group in Vancouver and Melbourne are some highlights. PLUS MPC, Buck and Rotor Studios are all on the program. Don’t hesitate to BOOK TICKETS NOW or to INQUIRE about attending.

As always, the flow of Commercials projects has continued to the very end this year and reveals some highly original work, including creative use of environments, characters and motion design. This includes that specialised commercials category Games Trailers that attracts such huge talent.

The Awards have received a larger number of TV Series than ever. Studio restrictions prevent several of these projects from going online, but you will be able to see breakdowns of the work involved at the screening on Awards Night. The size of the category also prompted a separate category for Children’s TV, announced earlier, reflecting the different focus for production and post.

Most exciting of all is the Feature Film category, now grown to more than 20 entries from around the world. Looking at the breakdowns on 16 August will be a learning experience as well as inspiration for VFX and animation artists everywhere. www.aeaf.tv 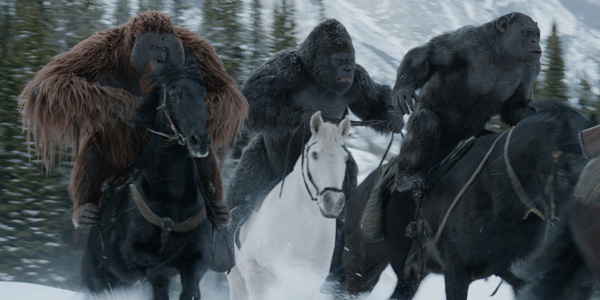