VFX Supervisor Jeff Capogreco works at ILM Singapore and is coming to speak at AEAF in Sydney, 15-16 August. He’ll be showing some of the work he has supervised since joining ILM in 2014 – ‘Transformers: The Last Knight’, ‘Kong: Skull Island’, ‘The Great Wall’ and ‘Jurassic World’. For each project, he will go over both individual shots and wider challenges he and his team encountered across the movie. He’s also going to talk about ILM Singapore’s 10 year anniversary and what makes ILM Singapore a unique studio to work in.

When we got in touch with him recently, he described his own skills as a supervisor and what it has been like to work at ILM over the last three years. “I'd say my strongest skills are communication, problem-solving and team building,” he said. “I was able to keep the same core crew for my last two projects, which gave us a chance to become much more efficient. The supervisors, leads and production got to know my style and the way I like to work. For example, I have certain common validations, particularity for lighting, that I make each artist carry out when they pick up a shot.

“Having this established team means I can take a much less micro-managed, more streamlined approach to shot work, which is valuable because each film we work on here has different sets of challenges to overcome, either artistic or technical - or both. I have had to become more adaptive when it comes to solving problems and key creative comments.

Before starting at ILM, Jeff was VFX Sequence Supervisor at Weta Digital, where he also encountered some of the challenges that have pushed his abilities furthest and that he has learned a lot from in the end. These are interesting, and he has shared some of the details here.

“For the Golden Gate sequence in ‘Rise of the Planet of the Apes’, where we faced rendering full CG environments, cars and huge volumes of apes, generating deep shadows on the apes could take up to three hours even before an image started to render,” he said. “A beauty image could take hours to compute depending on distance to camera.

“On a few shots, I had to split clusters of apes and render them through scripts because, with 180-plus characters, the scene files were impossible to load. I created a series of optimizations that each artist would need to run, based on how close we got to the bridge and apes. On top of that, to help speed up the bridge renders I would pre-cache out lighting point clouds that could be shared with the artists. Doing this allowed them to load and begin to render the bridge almost instantly.

“In ‘The Adventures of TinTin’, the Docks sequence had challenges as well, due to the enormity of the environment, creating it as a night time scene and the number of lights in each scene file. The environment was an area almost 1km square, surrounded by water and 99% CG content, meaning we had no matte paintings with the exception of a sky and a sliver of a distant cyclorama.

“To make this manageable, I helped develop a custom sequence-based lighting publish system. Certain artists were tasked with lighting specific buildings and vehicles, which would be published and fed into our system for everyone to pick up. This system allowed lighters to work with low-res approximations - or containers - of lights with pre-computed shadows and that could drop into the scene files with ease. I believe the environment had well over 1,000 lights in the end. We had 110 shots in that sequence that we had to complete, start to finish, in just over a month.”

The Barrel/Sluice Sequence from ‘The Hobbit - The Desolation of Smaug’ brought more problem-solving mainly due, of course, to the quantity of full CG environments, large volumes of characters and heavy water simulations to render – but this time, the team were working on native stereo shots all shot at 48 fps. Some would contain close to 100 characters, and occasionally their water render times would spike to 24hrs/frame per eye.

“Here at ILM, ‘Kong: Skull Island’ has been probably the most rewarding and yet challenging shows that I've done,” said Jeff. “Complex creature simulations, fire, jungle and smoke - it had it all. I had the responsibility of delivering two major sequences for the film, the Flight of the Valkyries and Bone Yard sequences. Both were introductions to the Skull Crawler and Kong when the helicopters first show up on the island. 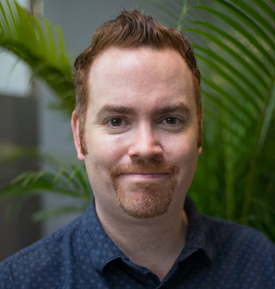 "The anatomy of the Skull Crawler made it hard to animate as well as hard to simulate. Each shot had to have a sculpt pass to ensure the audience could feel the skin sliding and muscles of the Crawler. With our Kong sequence, the animators had to sell the enormity of his body, making sure he didn’t move too fast and blow the scale.

"A mixture of FX and practical elements were used in most shots to give a realistic look and feel to the sequence. We would art direct the debris/dirt and even insects around Kong per shot to help sell his size. A 1,400-frame shot required stitching multiple plates together, blending into full CG and then back to plate. It was a massive cross-discipline effort. In the end we had to break the shot down between three compositing artists just to deliver on time.”

Technical expertise aside, Jeff has found personally that as a supervisor, the best way to get over any major challenge is good communication. “I try to be encouraging, positive, fun throughout the show. I occasionally encourage the group or individuals to step out of their comfort zones. That way you have a team of individuals who, when things get hard, they can pull together and help solve problems creatively and collectively,” he said.

Looking ahead to the future of his craft, he sees opportunities for VFX artists to use their skills to enhance storytelling in some new ways. For example, he notes that different genres of entertainment like games and feature films, which can both involve a heavy VFX element, are starting to blend together. Also, mindful of the future of rendering, he said, “GPU rendering is something I am extremely interested in to deliver renders that can be used in VFX/films and VR with exceptional speed.  www.aeaf.tv