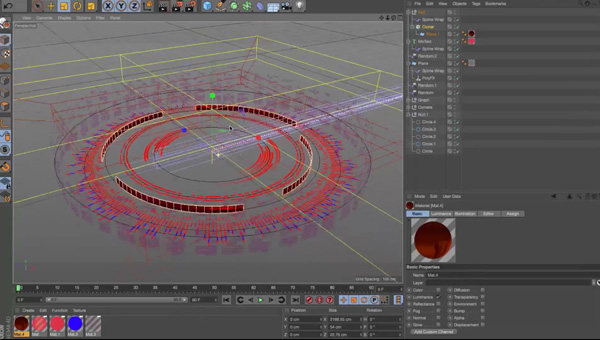 Titled the Perception Guide to Fictional User Interface (FUI), the series was created by Perception, a motion graphics studio in New York City that has made a speciality of UI and HUD designs for feature films including ‘The Avengers’, ‘Captain America: Civil War’, ‘Captain America: The Winter Solider’, ‘Batman v Superman: Dawn of Justice’, ‘Iron Man 2’, ‘Iron Man 3’ and ‘The Avengers: Age of Ultron’. Perception’s vision of the future also extends to digital concept and product design for companies such as Microsoft Hololens, Samsung, Mercedes Benz and SpaceX.

The ‘Perception Guide to Fictional User Interface’ tutorials were developed by John LePore, the chief creative at Perception, with studio colleagues Russ Gautier, Doug Appleton and Justin Molush. John said that the animation functionality and rendering options in Cinema 4D suit the development of UIs for superheros and products and vehicles of the future. Its functionality and After Effects integration are a useful visualization tool.

Roundtable Discussion on FUI in Film. The Perception team discusses the background and history of futuristic user interfaces in film and beyond, the basic requirements for getting started as well as their design approach.

The new Perception Guide to FUI is currently available to all Cineversity members. At NAB 2017, members of the Perception creative team are showing the new Cineversity tutorial series at the MAXON exhibitor booth. www.maxon.net