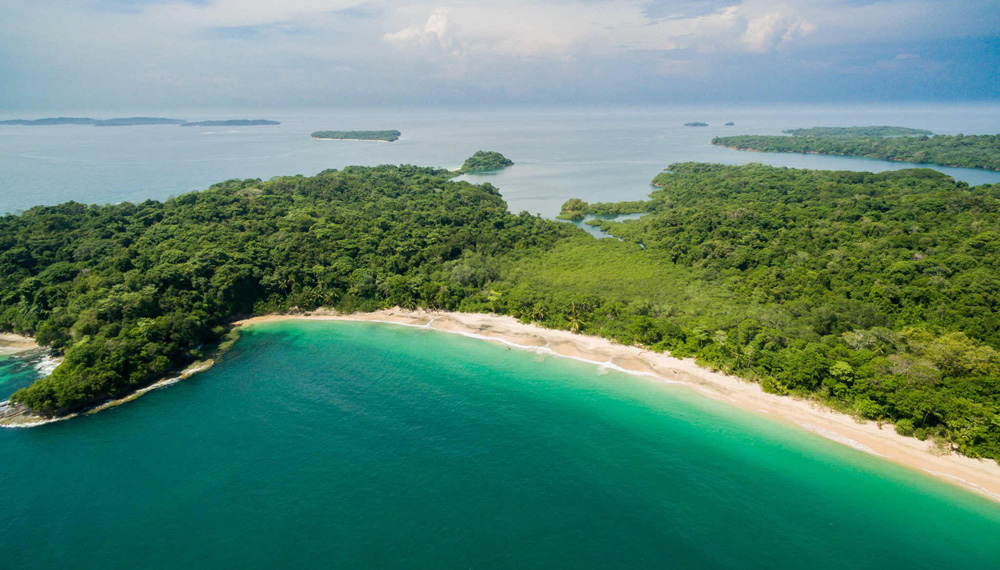 MoovIT Production Services in Germany and EditShare shared storage are shortlisted for the IBC2016 Innovation Awards in the Content Management category for collaboration on the 2015 production reality TV show ‘Wild Island’. MoovIT successfully managed a remote workflow over 6,000 miles, while filming and production took place on two secluded islands off the coast of Central America, and post got underway in Cologne, Germany.

The ‘Wild Island’ series, an Endemol production, follows the activities of 14 people, supposedly left to survive on an uninhabited tropical island with no food or water for 28 days. The production team were located on an island four hours away by boat, where they worked on the 20 to 30 hours of footage received every day from the six cameras used to cover the action.

The team was using an EditShare XStream EFS shared storage system with an integrated Flow media asset management system for data wrangling. David Merzenich, manager at MoovIT, the production services company hired for the project, worked on location and said that the high availability and no single point of failure architecture of the XStream EFS made it a good choice for the show’s combination of 24-hour turnaround on dailies, unpredictable conditions and goal of zero downtime. 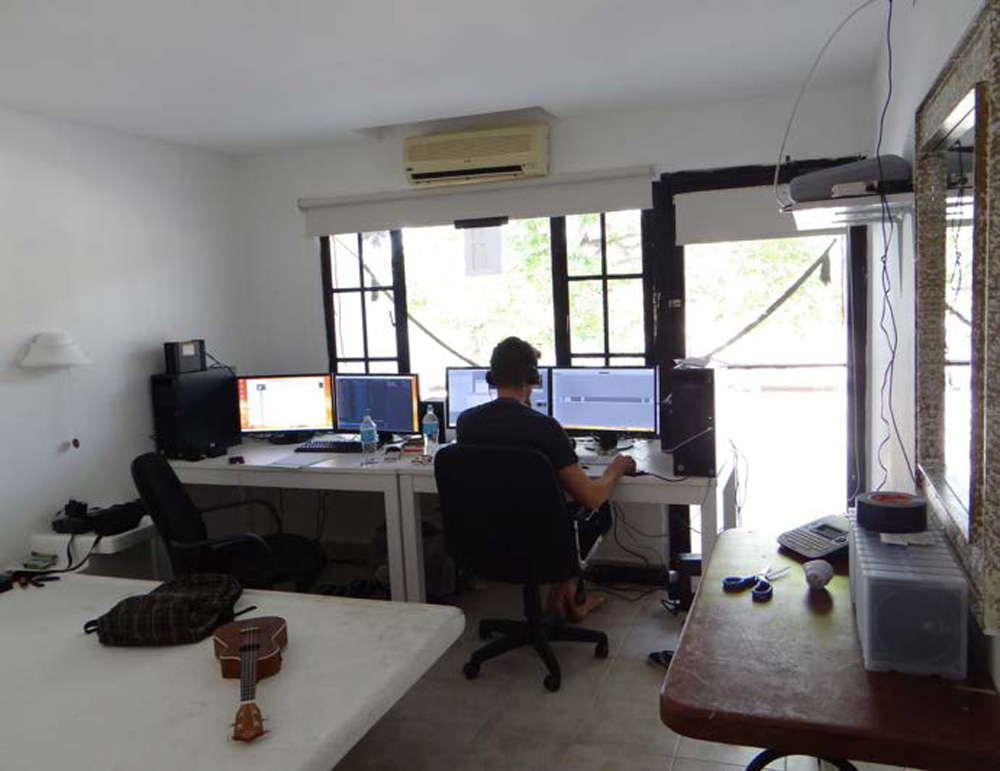 Two parts were integral to making this setup work. First, Flow asset management helped organize the massive number of clips they had to manage. Its support for their NLE Avid Media Composer and the ability to work with proxy files made the editorial workflow much faster. From there, the use of EditShare’s private cloud module AirFlow for remote review and collaboration with the Endemol production team in Germany allowed the crew and editorial to receive direction while working on-set near the action.

David described the challenges they faced on location. “Utilities such as electricity were prone to frequent outages, especially when it was high tide. The electrical grid was located at the beach’s edge, and the power would come and go with the tide. Replacement parts would take at least several days to arrive, due to the remote location. Our production afforded no downtime, and having equipment that could survive the power outages, weather and other factors was essential.”

David was familiar with EditShare systems already and put the XStream EFS, which was new at the time of preproduction, through a test run. Using a distributed, parallel, fault-tolerant file system, XStream EFS is designed to manage large media volumes, very high data rates and the complex media environments, employing functionality such as SwiftRead to mitigate resource contention. 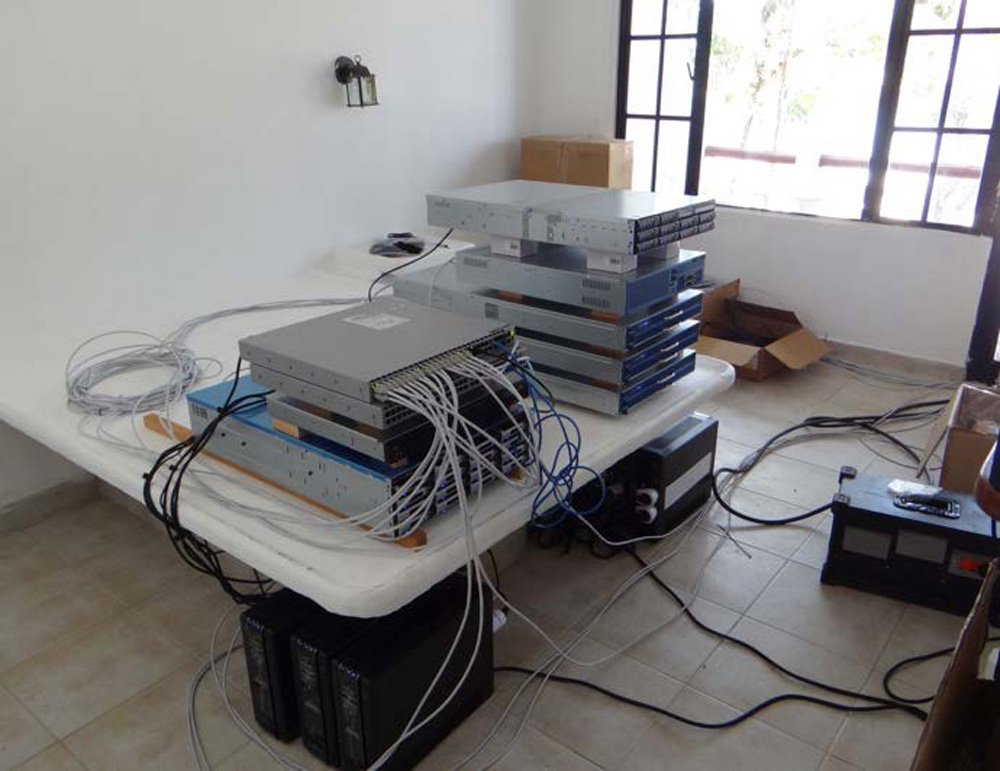 The hard drives in EditShare storage nodes are a source of contention because every read or write goes to them. EditShare manages contention based on the fact that reading parity data and reconstructing the original data is as fast as reading the data directly. With SwiftRead, clients of EFS - Samba, AFP or the EditShare native clients - continually monitor how quickly Storage Nodes respond to requests. If a node falls behind, the clients automatically read from another storage node to fill in the details, in less time than it takes a frame to pass.

To ingest and handle the large amounts of content coming in each day, the team used the EditShare Flow MAM platform, which is integrated into the EFS system and served as the control layer for content. Flow has tools that automated the daily ingest of content from camera card to the XStream EFS server. Fast-logging templates captured the relevant details, adding metadata to content and making it searchable. These automated processes prevent tying up editing systems to offload footage manually, or spending time finding the right shot.

“We set up post across several hotel rooms, with the XStream EFS server in the middle room and the surrounding rooms filled with Avid NLE systems,” said David. “We connected the entire setup via Ethernet – in total, about 40m. Every day, the Wild Island cast would receive blank CF cards for their own handheld cameras, which were a mix of Canons, GoPros and Sony Action Cams. We also had 14 separate audio recorders floating around for each of the actors, which meant lots of different files and formats to deal with back in post. Flow helped by automating a good deal of the ingest process and supporting a proprietary application we use for syncing audio.” 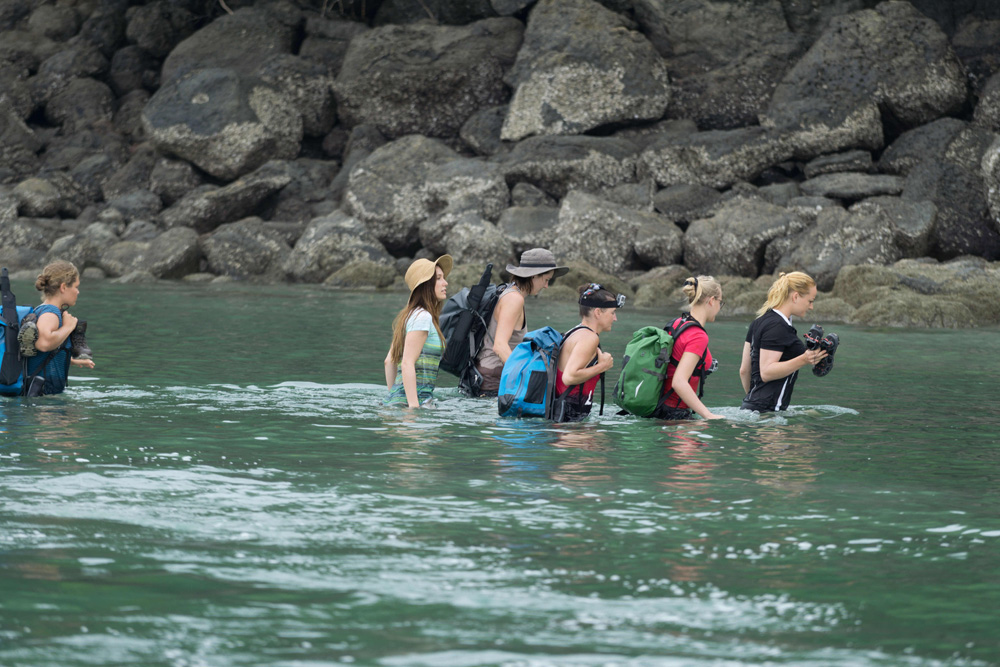 Part of the ingest process required their custom sync tool for anything that wasn’t shot with a GoPro. Each day, the audio clips from the 14 actors, each about 12 hours long, had to be matched with approximately 200 video clips, totalling 30 hours.

“After syncing the clips, we used the Flow Scan function to bring the combined material into EFS,” David said. “This was a slightly different scenario than the straightforward Flow Ingest we used for the GoPro captured material but, in the same way, Scan generates a proxy file for every clip. This allowed us to log and assemble all of the proxy clips targeted for production into project folders, which could then be reviewed via the internet by the production staff 6,000 miles away in Cologne, Germany, using the private cloud module, AirFlow.”

Once connected to the ‘Wild Island’ storage server, the Endemol production team in Germany was able to review the proxy files and, if necessary, download the high-resolution files locally, make notations and edits and then upload for the on-location team. Meanwhile the editors imported the AirFlow proxies into the Avid and assembled scenes and complete programs. Then when the shoot was over and the high-resolution storage was flown back to Germany, they relinked the Avid sequences to the high resolution material. 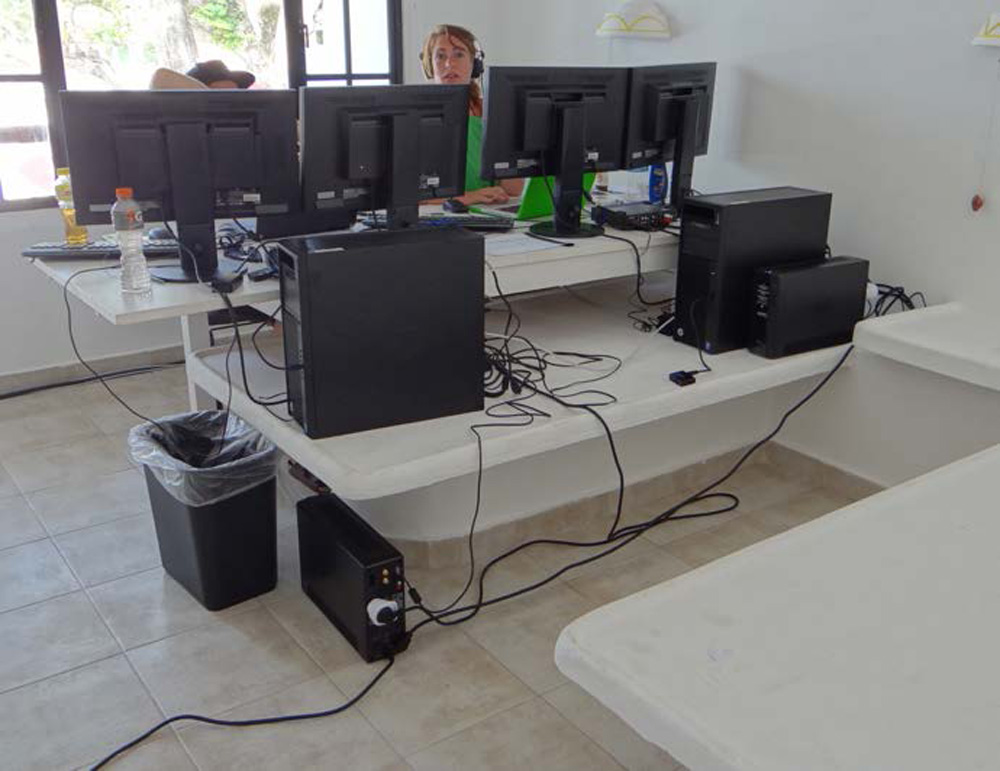 “AirFlow was very simple and extremely helpful for reviewing and getting direction on material. No exporting, re-encoding or uploading to another platform was required and our media was secure. In the end, it was a huge time saver,” David said. “It’s a workflow we have tested extensively and, interestingly, found it supports not only Media Composer but also other NLEs such as Premiere Pro and Final Cut Pro.” He estimates the remote collaboration workflow would have saved as much as 50 per cent on the usual post-production time.

Also assisting in the ongoing creative development were EditShare’s project sharing capabilities. Shipped as part of the shared storage environment, the editors used project sharing to collaborate on story development which, to support the fast-paced nature of reality TV production, has to happen continuously onsite. www.editshare.com