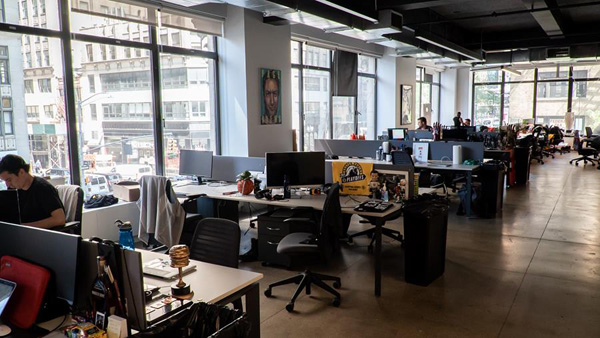 Barstool Sports produces content for distribution on multiple platforms and through different business models including web, apps, podcasts, radio, video, social, events, pay per view, subscription and television to an enthusiastic audience. After starting out in print in 2003, Barstool Sports followed the growth of online publishing and soon switched to video production. Their sports content and locker room humour, sometimes controversial, has been extremely successful.

Barstool’s numerous video shows and podcasts focus on sports, esports and lifestyle content and reach subscribers via YouTube channels and TikTok, all produced by a team of over 100 people. Many of the show producers edit their own videos. Until recently, all of the content was dispersed across the company and among the many editors through an inefficient exchange of hard drives.

Jason Zapata, integration sales manager for AbelCine, an EditShare channel partner based in Brooklyn, New York, has worked with Barstool Sports productions since 2018. “Barstool was expanding quickly as a content producer with no real way to effectively manage the content,” he said. “Each editor had their own hard drive, sometimes multiple hard drives that they would shuttle from production to production.” He considered that the custom metadata tags and the automated workflow capabilities of EditShare FLOW, combined with the store and archive capabilities of EFS storage, would be the systems upgrade they needed. 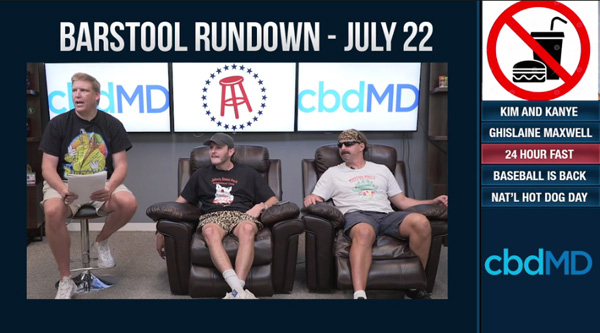 “When we were growing so fast and moving so quickly, it was always easier to just buy some more hard drives,” Pete Overmyer said, head of media technology and production for Barstool Sports. “Our move to a new office in 2019 afforded us more production opportunities, but that also meant generating more content, which exacerbated our sneakernet setup. After a couple of months, I said, ‘Okay, let’s move forward with a platform that can support this content business.’ We called Jason at AbelCine and placed an order for EditShare’s FLOW and EFS.”

Chase Butler, Barstool Sports senior video editor and graphics manager, and the production and post team had faced a number of inefficiencies. “We had three artists looking after craft editing and graphics, supporting up to 40 producer/editors” he said. “Before EditShare, each producer/editor had their own individual drive and we were spending at least an hour a day transferring files via card or drive. We also had no backups to work on. If you needed specific media, you would have to connect with the person that owned the show it came from and see if they still had it. It was especially challenging when you wanted to do any type of compilation video.”

They also had to deal with numerous card failures, duplication and overwrites, loss of footage and similar problems typical of non-centralised storage. “Those problems cost time and money that we wanted to invest in improving workflows, so we started centralising and managing our content with FLOW and EFS.”

While Chase and the teams that worked on multi-shoot content were keen to see the new workflow implemented, the concept of centralised storage faced some initial suspicion from the Barstool producers who were used to shooting and editing their own material. Once they saw how easy it was to work and collaborate, however, they changed their minds. 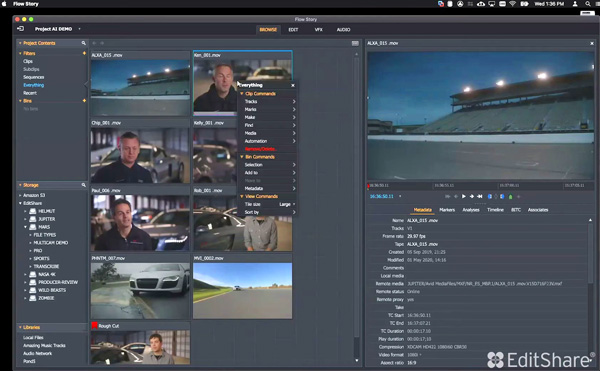 “We started with one switch that had 38 available ports, which are the media network interfaces. We filled that immediately and had to get another switch to handle the queue of producers waiting to get hooked into the platform,” said Pete.

The network switches are used to connect multiple network cards to the same media network. Usually, all devices attached to one switch are on the same subnet (a group of IP addresses), and all the devices on a single subnet should be connected to one switch. A single EditShare server computer can have a number of network cards which, if they are on the same subnet, can communicatedirectly to each other without going through a router.

When the pandemic emerged, Barstool had just switched from their hard drive system to EditShare, helping them to continue working despite the physical business lockdown and social distancing restrictions.

“Applications like AirFLOW and FLOW Story give us a way to manage the storage and access content remotely,” said Chase. “We use a lot of stock material for our daily shows, so I set up a media space that is a collection of our celebrity stock imagery organised by folder. With AirFLOW, everyone has access. I can upload a photo with a click. The team instantly sees the file and can download it. It’s a huge time saver especially when you have up to 40 editors looking for stock.”

EditShare also means they can spend less time on apps like Snapchat. Previously, they would export material to Dropbox and send links to the graphics teams, who would then download the material, work on it, and upload the finished piece. “Now I just tell the team my exported file is available and where to find it,” he said. “They can immediately start working on that file and then upload to Snapchat.” 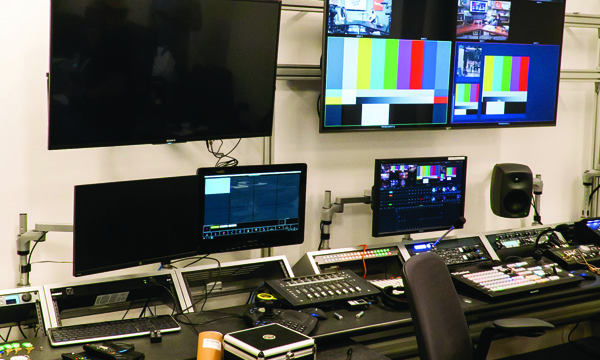 Barstool is also using FLOW in conjunction with Amazon Web Services (AWS) as part of its business continuity workflow. “It’s a two-step process,” Pete said. “First, everything gets loaded onto our backup tapes. From there, when FLOW detects new material, it is backed up automatically to an AWS Storage bucket. If we need certain material, it will ideally be on the active storage but if not, then we know it’s on the backup tape locally and can be pulled quickly. On the other hand, if there were a flood, fire or some other physical disaster in the office, everything that is in EFS will also be in an AWS bucket in the cloud.”

With their studios and remote productions underpinned by EditShare, Barstool production teams know exactly where their media is and that it is safe. All show recordings are centralised directly to the EFS with FLOW tracking metadata and tools for automating transcoding, file migration and nightly backups to the cloud and tape. With EditShare cloud support, the potential to take more of Barstool Sports productions on the road will also be greater when travel becomes safe again.   editshare.com