The University of the West of England (UWE Bristol) moved its film, broadcast journalism, animation and photography programmes into a new facility, and took advantage of the move to upgrade their existing infrastructure to a file-based workflow based on EditShare's Flow media asset management system. For the Film/Animation department, the university purchased a shared storage XStream EFS 450 system with 256TB capacity, and for their Broadcast/News program, a 128TB single node XStream EFS 300 and GEEVS ingest and playout server was purchased.

The new workflow storage creates a high-performance infrastructure with automation, integration of third-party systems, flexible access for students and staff and multiplatform distribution of content, supporting the media requirements of both departments. The installation design and implementation were led by business partner Altered Images.

Steve Hagerty, Senior Lead Systems Engineer at UWE Bristol for Film, Broadcast and Journalism, comments on the differentiators of EditShare, “When we moved up to the EFS system, we had to look at other systems and draw comparisons regarding support, updates and performance. EditShare allowed us to connect unlimited users, while other systems charged per person. We can also expand it without replacing it with entirely new systems when we need to increase capacity - even while the students are using it for projects.”

With the move to a new facility, UWE Bristol chose to upgrade its infrastructure with a media asset management-based workflow that would become a core part of the school’s coursework and curriculum. 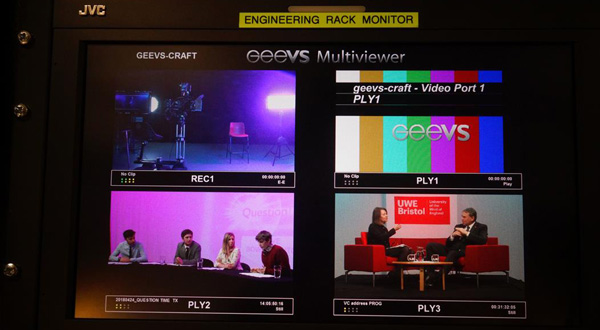 A central component of the Film and Broadcast Journalism programs, EditShare Flow, XStream EFS and Geevs assist students, staff and research teams to find, reuse and store media assets, increasing their value. When teams are collaborating they can retrieve and archive media from a central location using metadata tracking and asset indexing, staff and students can easily locate and re-use content. 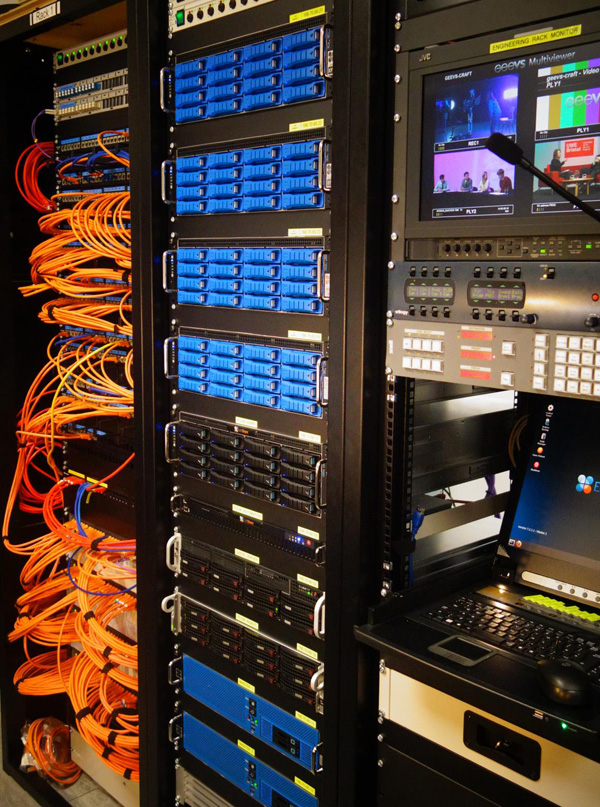 Students learn on the standard content creation applications used in industry including Adobe Premiere Pro CC, Avid Media Composer, ProTools and Blackmagic DaVinci Resolve. Materials can be transcoded to either AVID DNxHD (120 or 185), or Apple ProRes 422 (normal or HQ) in either HD or 4K. EditShare XStream EFS is designed to support UHD, 4K, 8K and beyond with continuous scalability. The Flow MAM helps organise the quantities of content created and exchanged in this case as well. Acting as a control layer across the EditShare XStream EFS storage server, Flow automates ingest, transcoding, content searches, online to offline movement of media to ensure students are using the correct format and that their content is copied to the right media space.

Both EditShare Flow and XStream EFS are designed to structure user access. In a university environment, EditShare user access can be set to allow only certain codecs, controlling formats and optimising storage loads for efficiency.

“At UWE Bristol, students have a set of codecs as defined by the University’s technicians. Theyalso have defined media spaces in which they work. This is all managed by EditShare,” said Peter Billing, Area Sales Manager for Altered Images. “There are dedicated ingest workstations equipped with Flow for ingesting rushes and other material. All the student needs to do is log in and select the format they want to work with within post, and the material arrives in their media space in moments. The automation and structured access removes a lot of concern for staff and ensures students are able to work with their content without worrying about losing track of where it lives or compatibility with classmates that they are collaborating with or the system they are working on.”

The XStream EFS 450 solution can be closely integrated with Avid Media Composer and Adobe Premiere Pro - including Avid-style bin-locking, project-sharing and multi-user write access to media spaces. At UWE Bristol, student project collaboration is essential and the project sharing functionality of the EditShare system is a critical component. Student media and projects can be stored in the same Media Space, or in separate Spaces with files owned by the members of the Media Space – including media files, media database files, project settings and bins – and any user with permission can modify or delete the files. 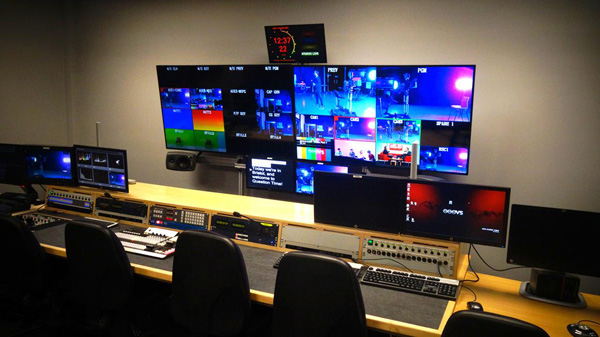 EditShare Flow allows users to drag and drop assets from the Flow Browse window into an NLE bin. From there, any logging metadata or markers that are associated with the assets in Flow Browse are automatically imported into the NLE. Once the drop has taken place, the associated high-res media is instantly relinked. The clip or sequence is then managed by the parent NLE. Dick Allen comments on the speed of the system working with such large workgroups, “The IT department is impressed with the performance of the system and its ability to support their demands. The new 10Gb connections have boosted data rates, moving content smoothly along the various workflows. The integration between Avid iNews and Media Composer and Editshare has also been excellent. No slowdowns or complaints have come from students even when we are at full tilt.”

EditShare Flow also establishes a student submissions workflow that students use to export their final work to a watch folder, which can be configured to trigger Flow to create a proxy and email a specific lecturer to notify them that the student has submitted their work.  www.editshare.com