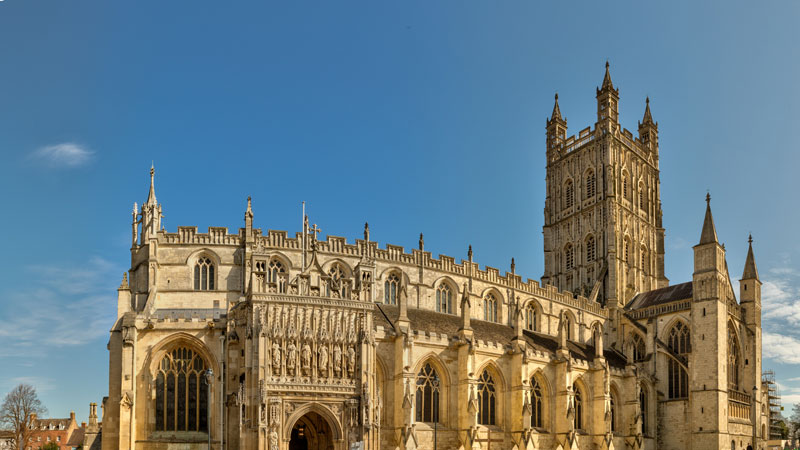 Gloucester Cathedral, built from 1089, has centuries of history and craftsmanship on display, including architectural features that are considered some of the best examples of their type in Europe. Maintaining a Grade One listed historic building is challenging, and upgrades to on-site technical infrastructure must be carefully considered and planned to prevent damage.

When the Cathedral decided to update its audio capabilities, it needed to find a system that could be installed with as little impact as possible upon the building’s structure, and that was scalable and flexible to help avoid major upgrades in the near future.

They chose the Audinate Dante platform, a complete AV-over-IP system that transports audio, video and control data over standard 1GB ethernet networks. Dante replaces physical point-to-point analogue and digital connections with software-based routing that effectively sends AV channels anywhere on the network without affecting digital fidelity. It is also supported in about 3,000 Dante-enabled products from more than 500 manufacturers. 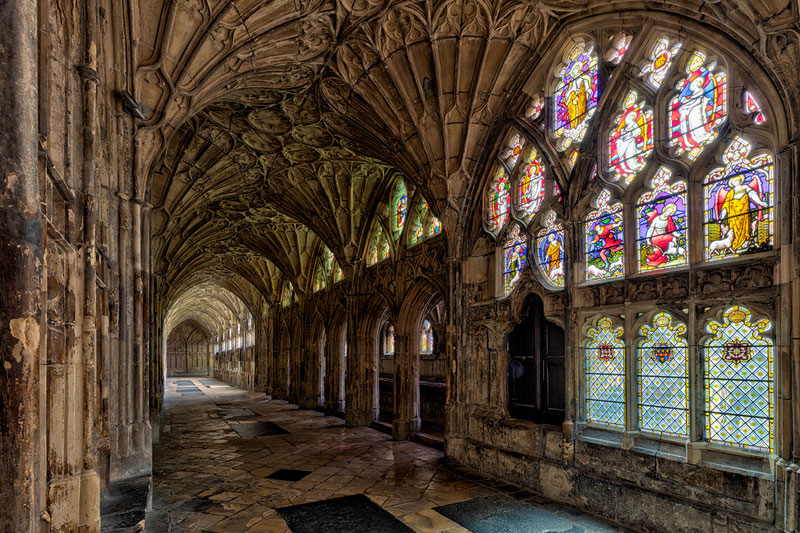 When the Cathedral began a restoration project on the magnificent Lady Chapel – the most recent section of the church, built in the 15th century – the flooring was removed for repairs, which presented the opportunity to install a new chapel sound system by running cabling under the floors.

"With a chance to put in a new PA system when they took the floor up, I put in Dante-enabled equipment, including a Yamaha MTX5D mixer,” said Graham Bennewith, Installation Director, DM Music Ltd. “Whenever we're working on a larger building, or locations with multiple areas to manage, I use a Dante network because it allows a good level of flexibility. Even with the floor up, we still had very limited options for running cables, so we put the Dante equipment in place and then installed a network cable run through to the main nave."

Graham said that the Dante network made the installation easier in several ways. For example, while the system can run independently, the network also allows connections with other areas of the cathedral, including the main nave. Lady Chapel, accommodating up to about 250 people, is often used as an overflow room for large events in the main nave, which holds about 2,500.

The main nave was recently upgraded with an Allen & Heath AHM-64 mixer that also has a Dante card. The system is controlled by a Crestron touch screen and a custom iPad app using Crestron for mobile/wireless connectivity. Since both the chapel and main nave are on the Dante network, the audio from one location’s switcher can be shared with the other’s. The connections are managed with software, and signals can be sent over Ethernet cables

The Dante hardware or software in the devices segments and wraps the digital audio in IP packets, ready for transmission across the IP network. The packets contain timing information and the source and destination network addresses needed to efficiently route them through the network to the correct destination.

When a device receives Dante audio packets, it reconstructs them back into a continuous digital audio stream, which is then played out, recorded or digitally processed, depending on that device’s role in the audio system – in this case, the mixers. 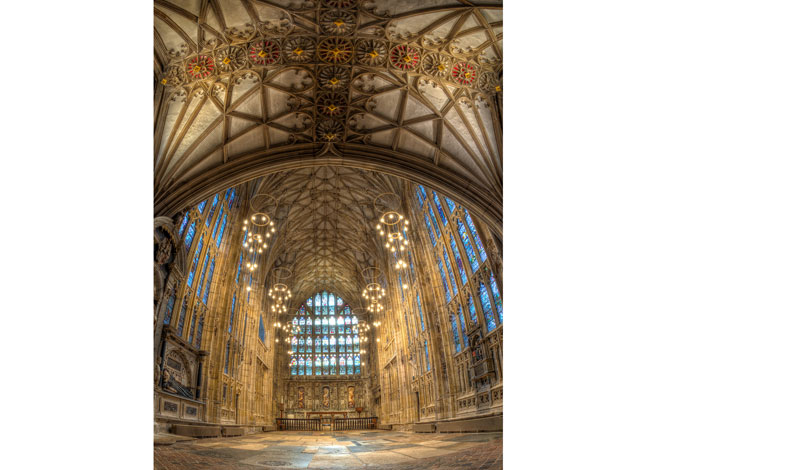 Dante systems are straightforward to expand by connecting new devices to a network jack, with no change to the wiring. All of the earlier connection types are converged into one. Graham said, "Over time, as Gloucester Cathedral continues to upgrade its systems, each area will be Dante enabled. My team is adding some microphones now, all fed into a Dante preamp interface. Dante gives us a lot of flexibility so these microphones can be moved around, and all they need is a network connection. By using PoE, users can take these microphones wherever they'd like.

“In the old analogue days, we would need multiple patch bays and patch lines all around the buildings and have multiple processors and matrix systems. The systems were complex and intrusive to place in a site like the Cathedral," he said, remarking that while the Cathedral itself is historic, there are major benefits in choosing up to date technical systems.  www.audinate.com