Blackmagic Keeps Short Film ‘Sisters’ Together from Production to Post 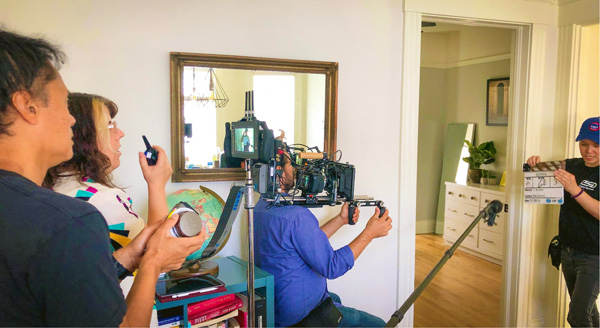 Director and writer Jessica Brunetto wrote her short film ‘Sisters’ to unfold almost entirely in one small house. That choice brought challenges to Jessica and cinematographer Wesley Cardino from the start, but their early decision to shoot with the compact Blackmagic Design Pocket Cinema Camera 4K helped to keep the production simple. The film premiered at the 2021 South by Southwest Film Festival.

“Planning for a two camera shoot started with discussing space limitations,” said Jessica. “Wes and I had to figure out which scenes and setups we could run with both cameras. I wanted to roll two cameras as much as possible to save both time and to keep the energy alive on set.”

The story, about two estranged sisters who must finally confront each other again as their comatose mother comes closer to death, also made it important to Jessica to cross-shoot the two characters as they play off of each other, and to experiment with improvisation.

“Filming with Blackmagic cameras reminds me of the expression ‘tiny, but mighty’,” she said. “It was a surprise to find that we could use 35mm Zeiss Prime lenses on such small, inexpensive camera bodies and produce such a high quality image. As a director I especially loved how fast we could move between setups, which I feel is incredibly important to capture the best performances.”

“When we had some preliminary discussions about cameras, Jessica mentioned that Blackmagic had released an updated version of the Pocket Cinema Camera, and I was immediately curious,” he said. “We knew there would be a lot of handheld work in tight quarters for the film, and that played a role in our decision. We could be fluid and move quickly with the Pocket 4K without sacrificing quality.” 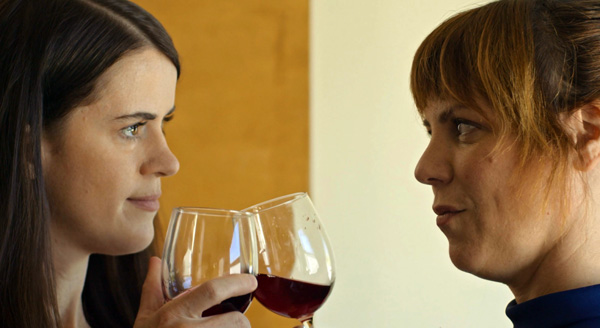 With limited experience on the camera, Wesley had to prepare himself for the sequences, which they recorded in Blackmagic RAW. “I was able to do some testing which helped me understand the dynamic range of the camera. Doing that would influence where I would set my exposure and how much I need to protect my highlights. Once I started working on set, the experience with the Pocket 4K was great. It has good latitude, so I was never in a situation where I was worried about not being able to bring a little detail back to the highlights in post.

“It also helped me work in a natural style and focus on capturing the story instead of being distracted by technical considerations. The image quality really impressed me, as well as the ease of use. I operated A camera as well and since there was a fair bit of handheld, the light weight made it much easier on the shoulder and back.”

Once they were confident in the image quality, both Wesley and Jessica could focus on the performances. Jesica said, “Comedy is all about pacing and tone – we were able to shoot fast and loose without having to interrupt the flow of each scene. It’s hard to achieve that perfect balance if you have to constantly stop to reset a camera or adjust lighting. The cameras, even with add ons like monitors and follow focus, were compact enough to allow two camera setups in tight spaces that might not even have been possible to use with full sized 4K cameras.

“There’s a fun montage sequence in the middle of the film where the two sisters are drinking wine and putting stickers all over their mother’s house to stake a claim on those possessions. At one point, they’re raiding a closet and putting on ridiculous old dresses and dancing around in them, mostly unscripted and improvised. Like most scenes, I wanted to use two cameras so we could get a wide shot and a tighter shot simultaneously and not miss any gems.

“The layout of the room had two closets facing each other, so we staged the actors in front of the one closet and squeezed the two cameras on tripods, along with our DP and camera operator, in the second closet. It was a pretty tight fit, but we made it work, and the footage was hilarious.”

A former classmate from college Luke Cahill graded ‘Sisters’ in DaVinci Resolve Studio, establishing the look with the director and DP early in the process. “Wes Cardino and I discussed carefully how we wanted the primary colours in the film to really pop on screen while giving the rest of the image a very natural feeling,” said Jessica. 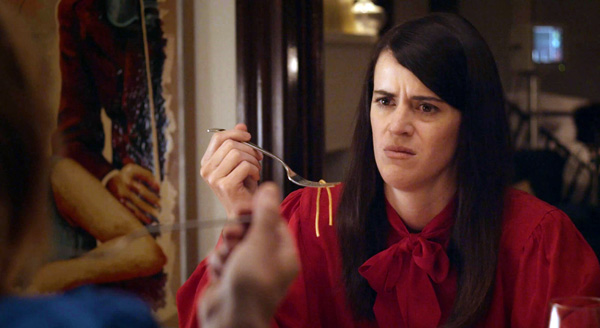 “We conveyed this idea to Luke and from his first pass, I was impressed. I hadn’t been totally sure what to expect in terms of dynamic range, contrast and grain from the Blackmagic camera, but the image was beautiful from the start.” Jessica also insisted that attention was paid to skin tones, ensuring that the actresses’ skin looked flattering even within the stylised look they aimed for. Luke did an excellent job with both women’s looks on screen, while also executing the overall visual aesthetic they wanted to achieve.

“I have been working with Resolve for over a decade and feel its toolset can tackle any colour grading challenge and help support any creative vision.” Luke said. “Typically, I do my grade in the first few nodes utilizing the lift, gamma, gain tools. On ‘Sisters’, specifically, the Hue vs Hue curve was helpful in keeping the wardrobe consistent throughout the film. This tool changes a selected hue to any other, using curves to keep control of the result.”

“To achieve Jess’ specific vision for the film, we gave the image a slight roll off in the shadows to create a more filmic emulation, and desaturated the pallet excluding the primary blue and red in the wardrobe of the main characters.” Working with Blackmagic RAW presented ample data for Wesley in post.

“Blackmagic RAW is great to work with because you know that you are getting the cleanest image possible as a starting point. The Pocket 4K had the range making it possible to preserve all of the detail in the highlights, while also pulling out the detail and texture in the shadows of some of the darker scenes.”   www.blackmagicdesign.com