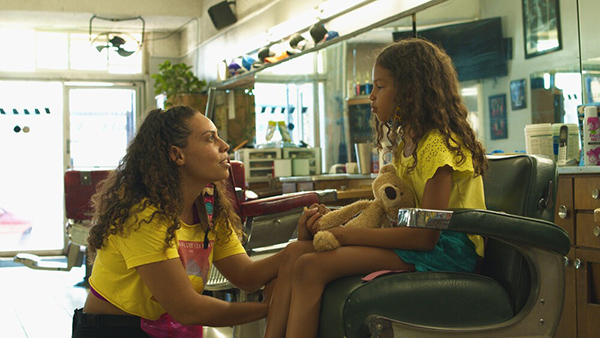 Independent feature film ‘I’m Fine (Thank You For Asking)’, which premiered at this year’s South By Southwest Film Festival, was shot in 2020 on a tiny budget to follow the trials of a young mother during the pandemic. Recently widowed, she becomes homeless, and convinces her 8 year old daughter that they are only camping for fun while she works to get them off of the streets.

Codirected by Kelley Kali and Angelique Molina and written by them with Roma Kong, the production posed some unusual challenges regarding safe set procedures. Because they needed to shoot a quantity of footage in a limited time, the crew had to be nimble, leading them to choose the Blackmagic Design Pocket Cinema Camera 6K not only for the quality of the image, but also because of its design.

Cinematographer Becky Baihi Chen said, “Since we were shooting exteriors a lot and didn’t want to draw too much attention, I picked the Pocket 6K partly owing to its physical size. My first AC Junyi James Song and I put the Pocket 6K on a Ronin S and added another handle to the rig for an easier grip.” Furthermore, because the lead character Danny, also played by director Kelley, roller skates throughout the film, Becky had to find creative ways to keep the imagery organic, simple and easily managed, in consideration of the small crew. 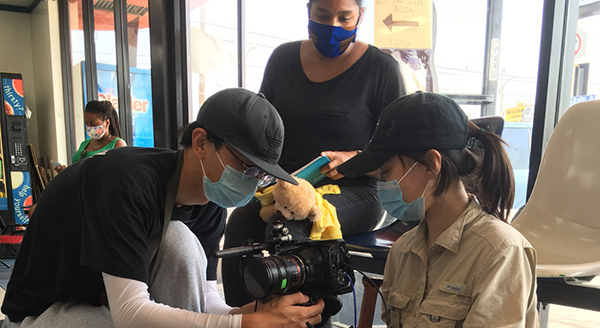 Going with the Flow

“Early on we had a scene in which Danny skates to the nearby kids' playground, and I decided that following follow her as she skates would create the right impact,” she said. “Because I had a small camera on a small gimbal, I was able to move easily with Kelley, even ducking down under the slides to get some fluid shots as she skated. Working with the Pocket 6K gave me the freedom to move as much as I wanted.”

Becky enjoyed going with the flow as she worked with the production. “Some scenes were improvised, so we usually decided the shooting angles on the day of the shoot. Kelley and Angelique gave me a lot of freedom to be responsive and spontaneous with my camera during the takes. With the Pocket 6K I could move with them, but not interfere with their decisions as the scene flowed. I couldn’t have worked that way with a bigger rig.”

She also chose to shoot Blackmagic RAW, Constant Bitrate 5:1, which gave her confidence to manage the changeable, uneven lighting conditions of a small production. “We had a lot of day exterior scenes, so during the shoot I checked false colour in camera regularly to make sure the highlights were not clipped. 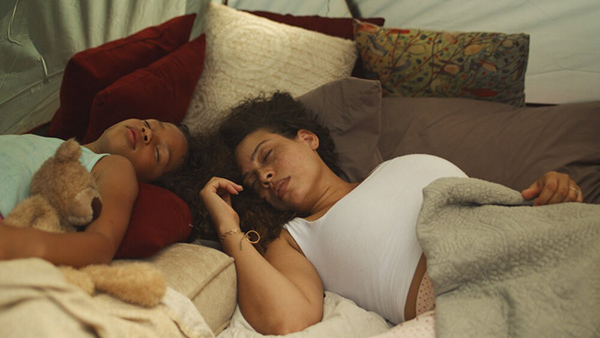 “At certain times, for example, the characters were standing in the shade, while the light coloured walls behind them were hit by the bright morning sun. We didn't have much crew or the budget to bring in the big lights for the scene, so we had to shoot with what we had. Exposing to the false colour in the camera and knowing that I'm shooting Blackmagic RAW gave me confidence that I would be able to balance the exposure and bring back the highlight details in post.”

Once the film was edited, one of the editors, Angelica Lopez, conformed the footage in DaVinci Resolve. “Using Resolve for conform also gave our colourist the opportunity to manipulate any of the camera metadata, as opposed to receiving a VAM (video assembled master) ProRes 444 file that bakes in the colour bit depth,” Angelica said. “Such files also remove the ability to manipulate the exposure, camera shutter and any other camera information, reducing the level of flexibility in our colour sessions.”

Working in DaVinci Resolve, she also made use of the wide set of tools available. “I often went over to the edit page for my split and to complete the stabilisations,” she said. “Having the timecode overlays available now makes it much more flexible to confirm embedded source timecodes of any media that didn't conform at the import of the AAF. 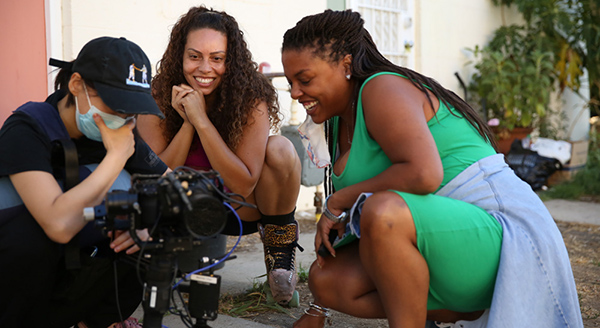 “Once I had media managed all of our footage, I set up a colour project for the colourist, which was essentially duplicating my conform project and then relinking to the newly consolidated media. Doing this retains all of my metadata when it comes to any resizing or repositioning, but especially my approved stabilisations. This way I know our colourist is seeing what I am seeing in finishing.”

Colourist Harry Locke IV was pleased with the Blackmagic RAW footage once he began the grade, working in DaVinci Resolve Studio. “My experience working with the footage was very positive. The quality of the images the Pocket 6K was able to produce, with no correction, was impressive. Combined with Becky’s talent, the Blackmagic RAW dailies were rich in dynamic range with wonderful preservation of highlight, skin tone and detail information that could easily have been lost in other codecs.”

While Becky and the directors worked out the look with Harry using various film references, the team ultimately found their own style. “In the end, I feel we crafted a grade that is specific and unique to the feel and flow of this film,” he said. 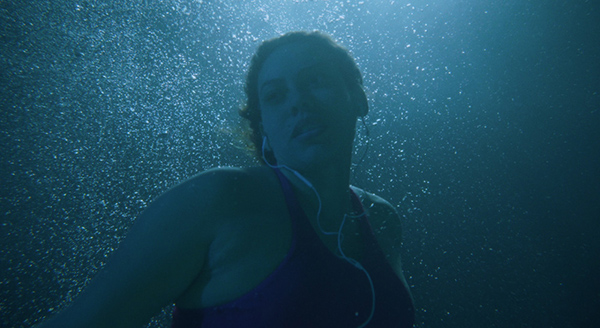 “I always stress to filmmakers I work with that, while grading may seem very technical, colourists are also attentive to the overall narrative, and do their best to make sure the look we develop serves to emphasise the storytelling. In this film, heat and temperature are unseen antagonists that weigh down our lead character, so it was imperative that the look made this an almost tangible force to the audience.”

Like Angelica, Harry also appreciated the flexibility and the extensive tools available in DaVinci Resolve Studio. Using PowerGrades, he developed looks that could be shared across the project, maintaining consistency. “This film was the first time I created a specific PowerGrade to emulate 35mm film for the look. I was pleasantly surprised by the flexibility PowerGrades gave me in working faster and more effectively than when I use creative LUTs,” he said.

“Especially during the review colour session, where the filmmakers would sometimes want to either increase or decrease the amount of film grain, halation or saturation that my look generated. The PowerGrade divided up all the elements of the look into individual nodes, instead of baking them all into one, so I was able to quickly jump into a shot and fine tune it without needing to break the wheel on the console.” 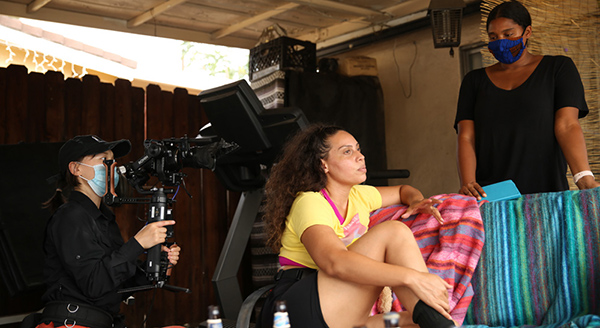 He occasionally switched over to Resolve’s other panels, including Fusion. “Sky replacements were another major part of the process for those tricky shots where the colour qualifier alone was not enough to cut through overcast or ashy skies. I could take clear sky plates, do some advanced tracking in the Fusion tab, and create rich blue sky compositions that fit much better with the overall look of the image and kept the scene feeling sunny and bright.”  www.blackmagicdesign.com