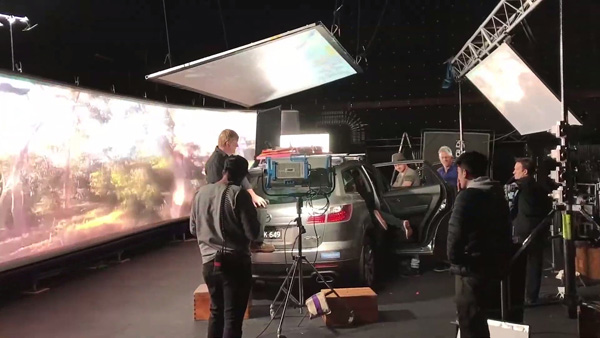 Using LED screens for backgrounds is now a recognised method for feature film and commercial production. Using an LED wall as a digital backdrop replacement for a traditional green screen has many advantages, according to Adam Fiddler, Technical Operations Manager at Technical Direction Company (TDC), a Sydney video and production systems supplier for live events, TV and film.

“By re-creating the project environment on the digital screen, cinematographers can stay in touch with the space they want to shoot in, and the world the actors need to perform in,” Adam said. “Filmmakers can frame the particular part of the set or background they want to see in the shot and also reproduce lighting looks and reflections in real time. That would take weeks to do in post." Therefore this method of production saves production companies money and leaves time to capture more engaging content while on set.

In Time for Christmas

Adam and the Technical Project Manager at TDC Alex Rendell worked on one of the first commercial projects using LED backgrounds in Australia in late 2018. Local production company Exit Films hired TDC to develop a full virtual production for an NRMA Insurance TV commercial, to be completed in time for Christmas.

Alex and Adam’s description of their process shows what virtual production of this type means for a company like TDC. It calls for changes in the way they work with production partners – shooting on location, shooting on set and how the material is handled in post. It also demands acquiring and using new equipment precisely for accurate, convincing results. 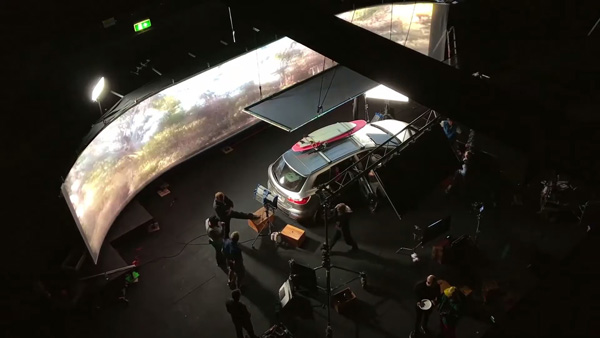 The commercial’s main theme was road safety during the Christmas holidays, and puts viewers in the backseat of a car with an eight-year-old girl and her magic, CG toy bunny. The two collude to prevent various distractions from interfering with her father’s driving. The team’s main challenge was to convincingly portray the fast movement of the car from inside it, typically a difficult filming environment, while telling an emotional story that used lots of close-up shots.

“Since our director Marc Forster definitely wanted to avoid the look of digital exteriors outside the car windows, these views needed to appear as realistic as possible. We decided to use LED screens projecting live action video for the backgrounds,” said Alex. “This approach also meant the actors could actually perform within the chosen surroundings as well, instead of having to imagine them.”

The TDC team collaborated with the DP Ginny Loane and built a 180-degree LED cyclorama, comprised of two ROE Carbon 3 3.75mm LED panels. The LED wall served both as the moving backdrop and the main lighting source for the car interior and actors, making it unnecessary to take the full cast and crew on-location to shoot the spot. Also, as it played out, it produced realistic ambient lighting effects and controlled, accurate reflections everywhere – even in the actors’ eyes. 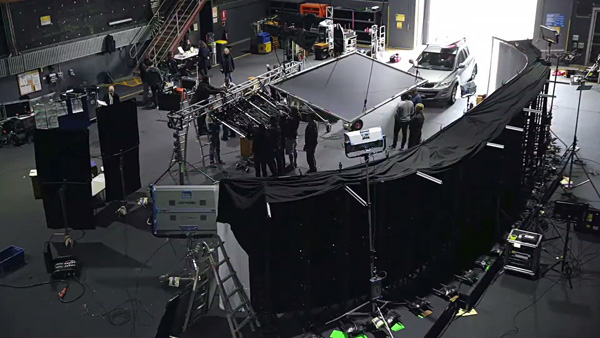 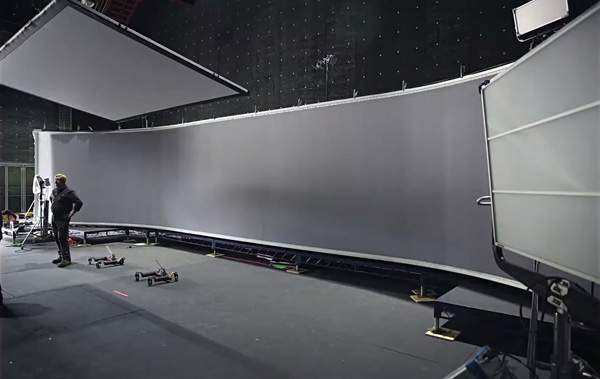 Working with post-production company Framestore LA, the team considered the technical aspects of the panels including LED pixel density, moiré issues and how far to diffuse light shining from the panels, and colour accuracy. They needed to control frame synchronisation between screen playout and the live action recording, and manage high-resolution playback. After analysing results captured at all planned camera angles, the team shot the 180-degree background plates with a multi-camera rig, and a prosumer VR camera. This material was then stitched together before the shoot and scaled to playout correctly on the LED screen backdrop.

A Moment in Time

“Having the footage shot at the chosen time and location ensured that the same scene could easily be re-created over and over again, while the talent and director took their time working through the performances, with moving reflections and light outside the car windows perfectly in sync with the action inside of the car,”  said Alex.

Deploying an LED screen to replace green screens plus keying and compositing in post opens new creative possibilities to teams working on tight budgets by constructing their own transformative environment. As the VFX supervisor Michael Ralla from Framestore LA noted, “There may now be a huge benefit to just capturing or photographing specific locations where you want to shoot, at the exact time that they look best in regards to the light, and creating a digital application of that.” 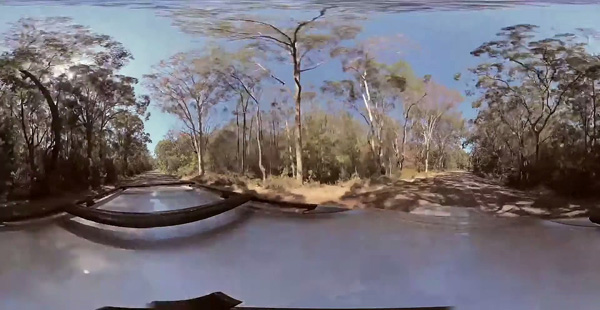 To project the video on the LED panels exactly as required, TDC used a Brompton Technology Tessera SX40 4K LED processor. “We needed an accurate processor during the project to help us position and scale the 4K camera footage over both screens,” Alex said. “it meant we had full flexibility to control the car orientation relative to the screen and camera angles during the shoot.” At all times, the pre-filmed content was precisely translated onto the cyclorama, with accurate scaling and colour.

Marc Forster's decision to shoot in anamorphic mode on the ARRI Alexa for a more cinematic look resulted in a much shallower depth of field at the same angle of view. As everything beyond or in front of the focal plane appeared a lot softer, this not only added drama and expression, but also prevented moiré issues from the LED panels. As all the action had to be filmed from within the car, a Cooke 65mm T2. 6 Macro Anamorphic/i SF Prime lens was chosen for its ability to focus when subjects were quite close to camera.

Once all the parameters had been worked out, the crew was able to execute the planned shots on a soundstage in-camera within a day. “The director and the clients were happy as they could see the 3D and live action characters in the environment that they were supposed to be in and tell the story in the best possible way,” Alex said. 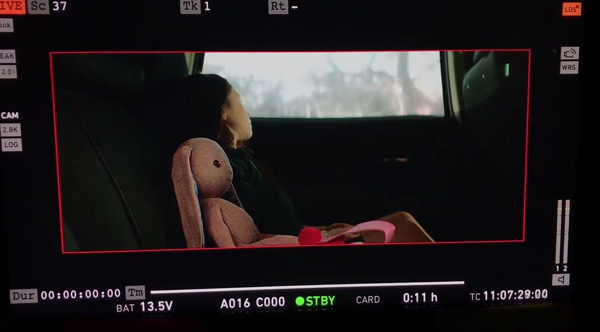 TDC has been using Brompton processing since 2015. Their initial purchase was the Tessera M2 processor to support their investment in ROE Black Onyx 3.47mm LED panels. The M2’s reliability impressed the team, so that when demand for large-scale high-resolution and 4K screens began to grow, the team invested in a Tessera SX40 4K LED processor, and a Brompton Tessera XD data distribution system.

The Tessera XD unit has multiple-signal connections that use a 10G Ethernet-based backbone to reduce the number of direct, independent connections that have to be run to the processor. Tessera XD uses a proprietary multiplexing algorithm, built on top of standard 10G Ethernet, to make sure that tight timing constraints can still be met and all fixtures remain in sync. “I was really excited about being able to run fibre to the screens, which reduced the number of copper connections,” said Adam. 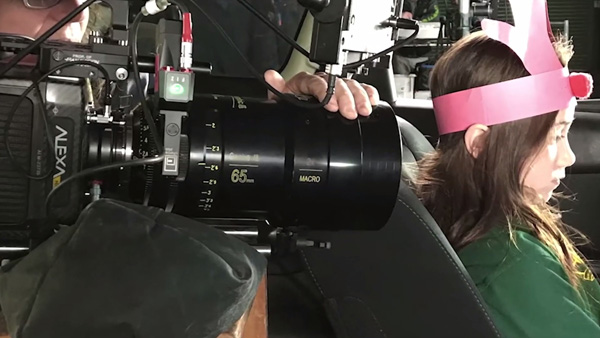 “However, Brompton's OSCA seam correction is the functionality we probably use most often in the Tessera system. Building huge, continuous screens was what attracted us to Brompton processing in the first place. OSCA – On-Screen Colour Adjustment – is a specific user interface that appears on your LED wall with controls you use to match panels. It automatically detects adjacent LED modules or panels and adjusts the brightness at the edges of both panels simultaneously to compensate for the appearance of bright or dark lines.”

The colour representation and ability to operate at low brightness without compromising image quality are attractive characteristics for TDC to pitch to clients. For the NRMA project, they used the Tessera software’s ChromaTune to make colour adjustments and corrections on set to the incoming video signal for the best look on camera.

Adam said, “You can adjust primary, secondary and tertiary colours in a video independently, without affecting any other colours. Hue, saturation and brightness adjustment controls are available for each colour, plus red, green and blue gains for black and white. To have so many features of this kind to hand in the SX40 means that virtual productions can be made on a smaller scale.”   www.bromptontech.com