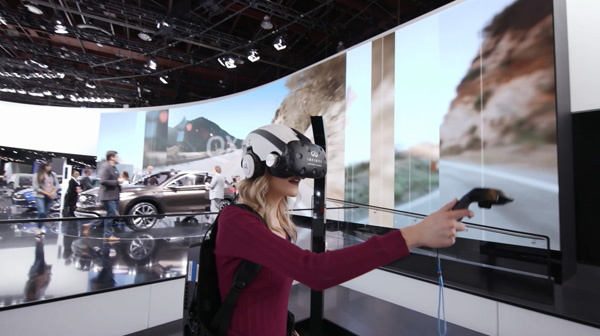 The real-time VR team at The Pulse in Sydney launched a VR experience in January at the Detroit Motor Show for INFINITI, Nissan’s luxury car brand. Viewers at the show donned a light back pack, carrying power and a player allowing them to experience the project untethered, with a custom-designed headset based on the HTC Vive. Once inside, they find themselves wandering through an open, sunlit alpine landscape complete with birds and butterflies, sparkling water and blue skies where they experience an accurate, photoreal 3D tour of the newest model INFINITI car and engine, the QX50.

This first version of the INFINITI experience shown in Detroit received an extremely positive reception – so much so that the team now has the chance to refine the project and enhance the INFINITI experience for the 2017 Geneva Motor Show, coming up 9 to 19 March. The team talked to Digital Media World about what they have learned and achieved so far, and what’s coming up in version two.

The initial brief wasn’t, in fact, too specific about what the client expected from this experience, presenting the VR team at The Pulse with a challenge and an opportunity. “It was a matter of plunging in, trying out different scenarios and seeing what worked in VR and what the client responded to. The main element Nissan were certain of apart from the car itself was that the core values of the INFINITI brand were to be maintained – closeness to nature and the feeling that the driver is always in control,” said executive producer Tracey Taylor.

“It took some months of discussion and trial and error before we were ready to define our scope of work and set out workflows. Viewers are placed within an attractive, inviting 360 environment and encouraged to explore, but because this experience is to be used at an event - a motor show - a time limit of about 5 minutes or less had to be imposed for each person. Within that time the viewer is to interact with the environment, discover the QX50 on a hilltop, and engage in a memorable way with the INFINITI brand.” 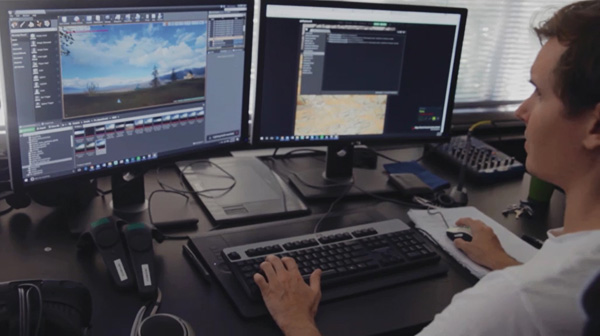 Throughout, the client still wanted the experience to feel user-driven and not rushed, in other words, ‘in control’. Therefore, a certain level of detail was created for the immediate surroundings to attract and hold interest, but also in the distance so that users would be looking around, likely to spot triggers placed in the environment and feel ready to move on.

In the first edition of the experience, interacting with a trigger symbol to drive the guiding process was the main purpose of using haptics. Finding the right trigger included finding an appearance that both fit into the INFINITI world and was distinctive and hard to overlook. Their initial concepts had a spherical shape, but proved difficult for users to ‘grab onto’ with the haptic device. An angular design worked better, and so the INIFINITI diamond was chosen, in bright blue. For the second version, the team aims to make further use of haptics and interactivity, such as interacting with the creatures, even picking up and throwing small stones into water. 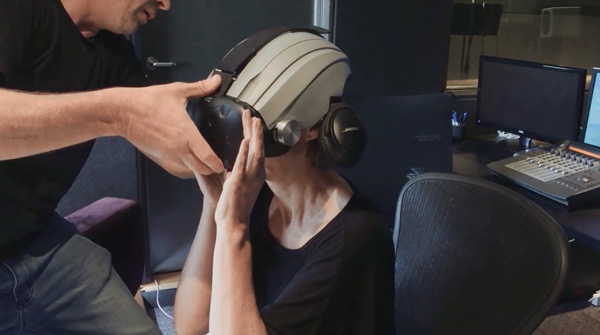 The Pulse also had a custom headset purpose-built for this experience, combining Bose noise-cancelling headphones with the HTC Vive headset. A prop designer was hired to design and build a prototype. The process took considerable effort to find the lightest materials but still arrive at a sleek, all-in-one design that appealed to the client and was also correctly weight balanced. Cables lead from the helmet directly down into the viewer’s backpack, holding a light, battery-powered computer with a player.

Building all 3D assets themselves from the ground up, the modelling and 3D work were done in Maya, and the whole project was built in the Unreal Engine. Profiling assets for real-time rendering has been a major task. Modelling started with the manufacturer’s CAD drawings, which were excellent as a complete, definitive source of information, but much too detailed to use in a real-time application. 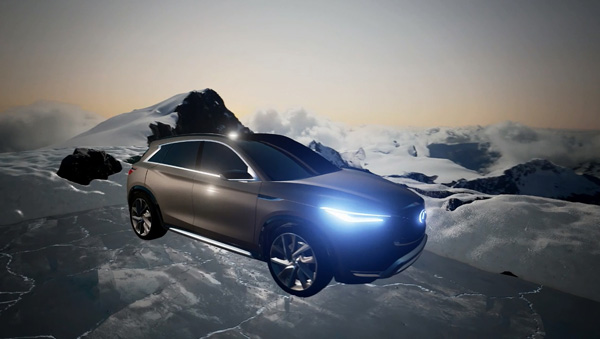 Where the original models may have comprised 30 million polygons, the team needed to aim for 100,000-200,000 polygons in their models in Maya in order for them to run in the experience. The best approach to achieving a look that suits both the engine and viewers’ eyes is consistency – it’s the irregularities and variations that distract people.

Lead artist Saxon Dixon said, “Near field textures are at a native resolution of 4K (4096x4096) per 1m in the near field. To achieve this, we’ve used photogrammetry, Substance Painter and Designer, Zbrush and Photoshop. We’ve been very careful with our texel density so that nothing looks out of place next to other objects within the environment." 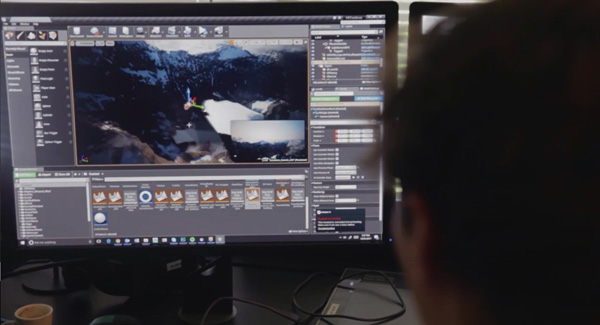 The team wanted to take advantage of the Unreal Engine’s new forward renderer that was released in November 2016. VR programming Lead John Doolan said that the forward renderer works by limiting lights and reflection captures to a frustum-space grid – that is, the viewing region. “Each pixel in the forward pass then iterates over the lights and reflection captures affecting it, shading the material with them. Dynamic shadows for stationary lights are computed beforehand and packed into channels of a screen-space shadow mask, allowing multiple shadowing features to be used efficiently,” he said.

“Multisample anti-aliasing and the option to enable per-material optimizations make the forward renderer well suited for VR. It is also better suited to VR development for two reasons. It produces cleaner surfaces, which are more noticeable in the VR head mounted displays, and it's computationally faster, which is important in VR because the whole scene needs to be rendered at 90 fps, once for each eye.

“While the team is seeing improvements now that they have had some experience with the new render approach, it still comes with some caveats. For example, hard reflective surfaces – such as car paint, incidentally - tend to shimmer a lot more than expected. Imagine the surface of the ocean at sunrise or sunset.  The key to overcoming this issue has been to test all art assets within the forward render during their creation.”  www.experiencethepulse.com 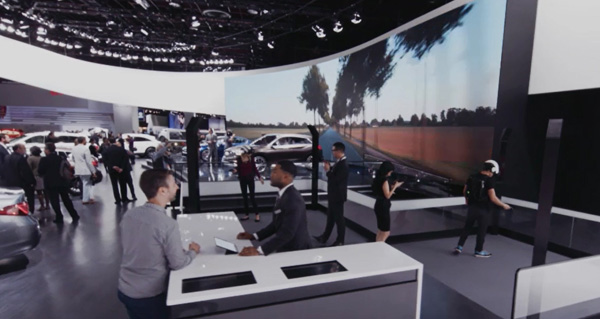