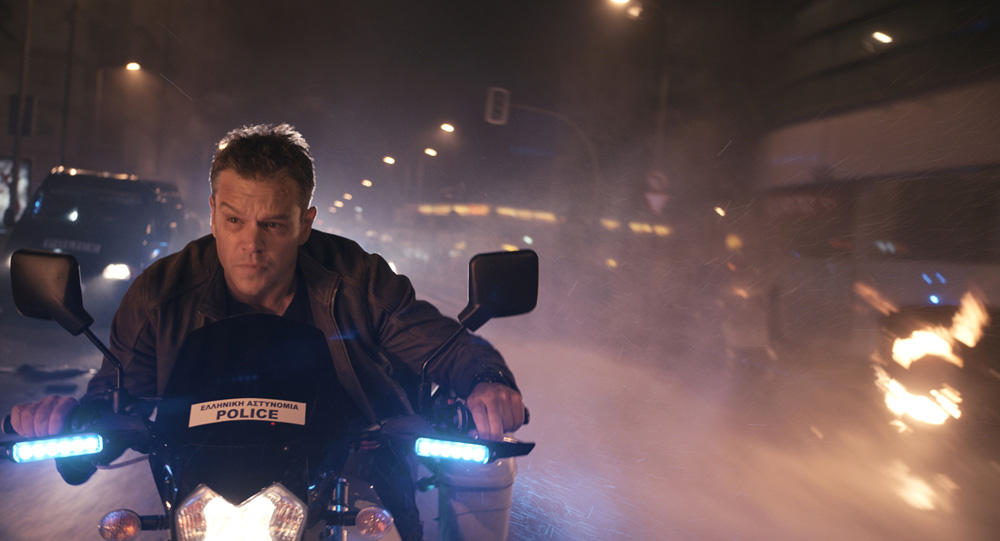 Special techniques helped produce the intense action sequences in ‘Jason Bourne’, on set with cinematographer Igor Meglic working as Second Unit DP, and in post production at Goldcrest Post. Igor was using several Blackmagic Micro Cinema Cameras and Pocket Cinema Cameras to capture action scenes, and a Blackmagic Video Assist monitor and recorder to verify camera positioning during the shoots. As on ‘The Bourne Ultimatum’ released in 2007, for which Igor took the same role at the New York location, second unit was responsible for capturing the action and chase scenes. Consequently, he was familiar with the requirements for such shoots.

"One of the most important things when shooting action scenes for any movie is to keep them consistent with the production’s established look, so that when you transition to an action scene, there's no difference to the eye. It feels like the same scene and in the samestyle," he said. "On ‘Bourne’, it was especially important because of the particular exposed, documentary style of the film.”

The movie’s main unit cinematographer Barry Ackroyd used several different cameras to shoot ‘Jason Bourne’, ranging from the Aaton Penelope and XTR film cameras to ARRI Alexa Plus and XT, and the RED Epic. Igor said, "We chose the Micro Cinema Cameras and Pocket Cinema Cameras because of the combination of size and image performance they gave us, which in turn helped to maintain the look and style of the film. 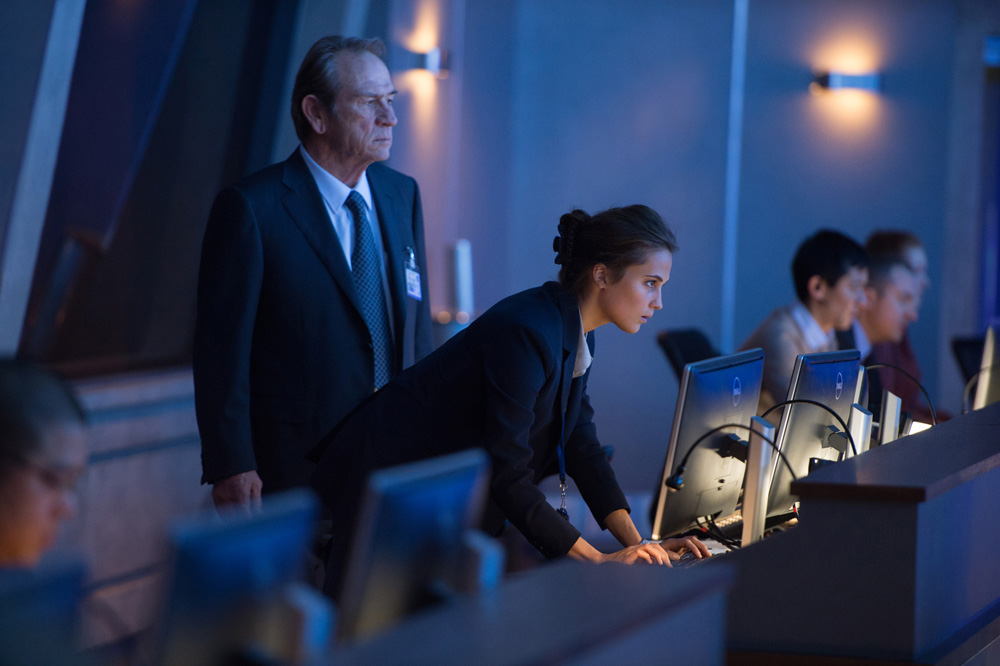 “I couldn’t find other cameras that could deliver as well on those criteria. As light as they are, we could still achieve the image quality needed to blend in with the A cameras. Also, the dynamic range on both cameras is very good, which was useful because I always try to extract as much as I can from a camera so that the team has good material to work with in post."

"Cutting to these mounted shots really quickly gives your senses a jolt, and you see cars flying right by the cameras," said Igor. "In the same sequence, the car that Bourne is driving jumps onto the S.W.A.T. truck. We put one of the Micro cameras on the ground right in front of the truck and timed the shot so that, just as the truck drives right over it, the camera captured Bourne's car landing on the truck. The key grip Peter Chrimes had built a little cage to protect the camera, and even though all 8,000 lbs (3,600 kgs) of truck ran over it, the camera survived. 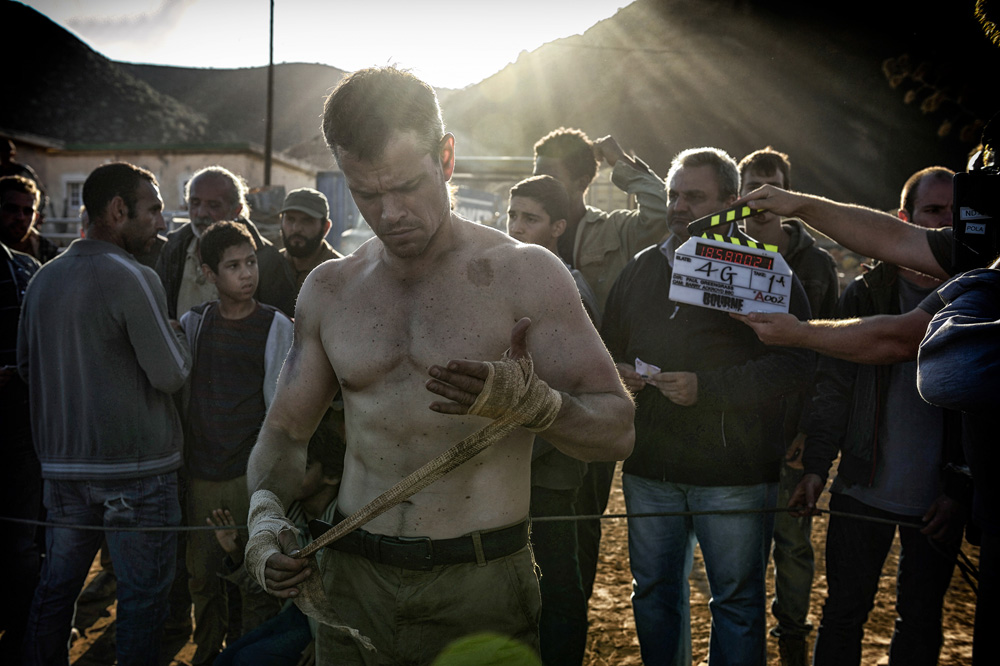 "At one point, when the truck crashes into a casino and drives inside, we also put the Micro cameras in between the slot machines where the vehicle hits. We got a great shot, while the cameras kept on recording.”

Three Pocket Cinema Cameras were used for a motorcycle and car chase scene in the Canary Islands, which required a very light camera that could be mounted onto the helmet and body of each motorbike stunt driver. They had the actors drive up and down stairs, over jumps and down very narrow alleys and streets – and could use the footage for dramatic POV shots.

Beyond the action sequences, the Micro Cinema Cameras were also used to shoot the existing lighting environment on the Las Vegas strip. Set up as a four camera array system, all shutters genlocked together with a single point trigger, the footage captured was then displayed on overhead panels while shooting the corresponding green screen plates with the actors. The Micro Cinema Cameras were positioned to shoot left, right, front and rear, creating a 360º shot of the area. Along with the plate cameras in the vehicles, all cameras recorded timecode so each exact frame of the plate shot would correspond to the lighting environment shot, creating a perfect match in time. 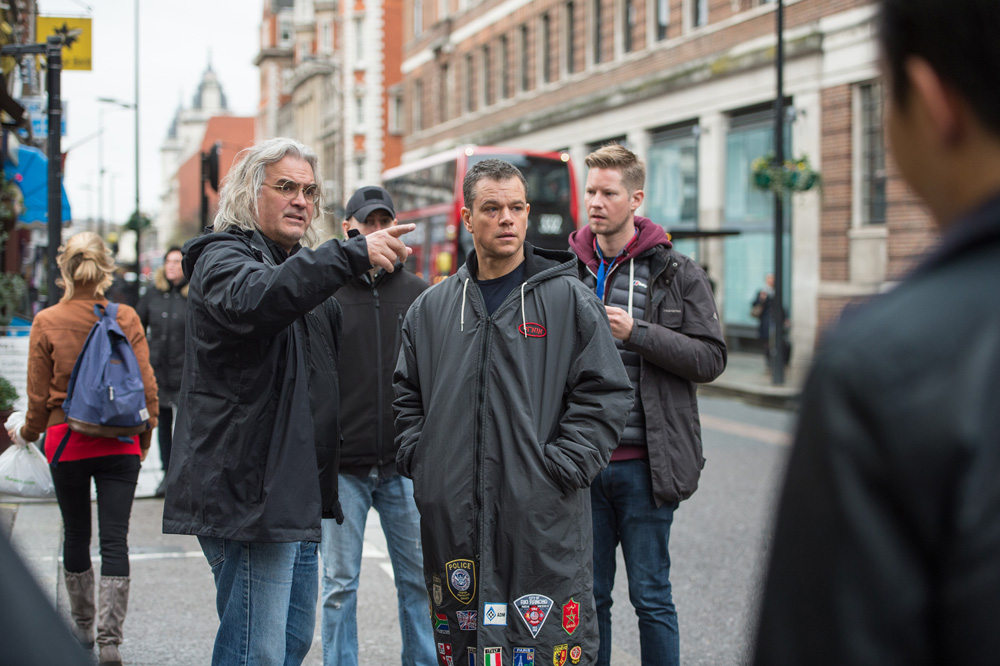 Meanwhile, a Blackmagic Design Video Assist was used to verify frame overlap and positioning of the cameras for each desired shot. All camera outputs were then transmitted via a quad splitter back to the command van to ensure camera rolling, frame accuracy and ability to watch the shot live.

In post, Goldcrest Post London worked on post production, using Blackmagic Design DaVinci Resolve Studio to complete the edit, colour grade and HDR finishing. Sinéad Cronin handled the online edit, and Rob Pizzey completed the grade. “We were working on the project together in DaVinci Resolve Studio, which allowed us to collaborate closely throughout post,” said Sinéad. “I could conform and work on the online edit in Resolve’s Media and Edit pages, while Rob rendered a grade on the Color page at the same time. 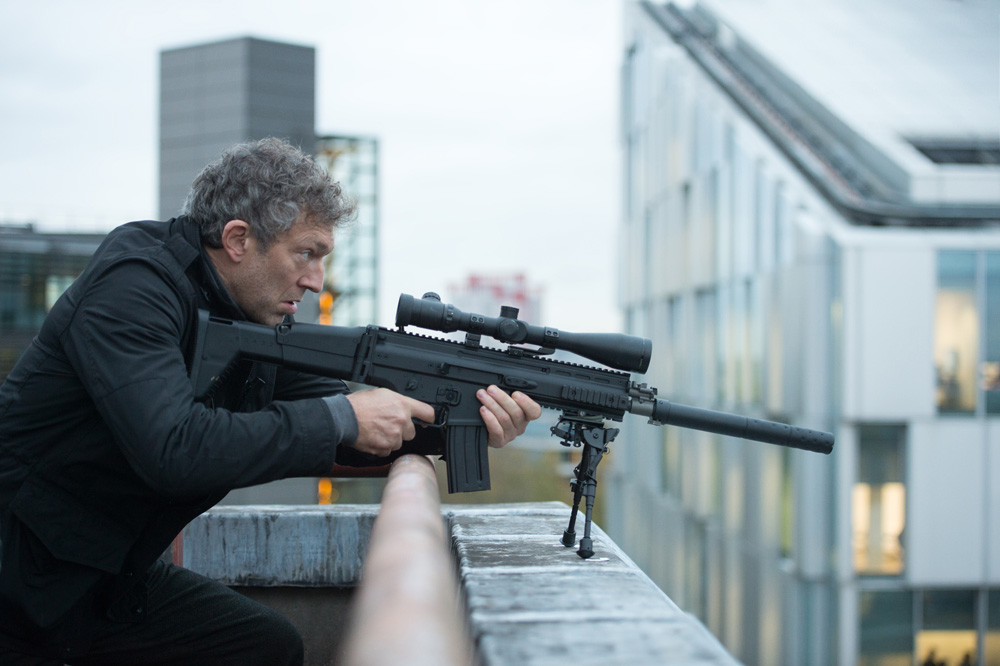 “There are so many action-packed scenes, with extended chase sequences and carefully planned set pieces, that the scale of postproduction was huge. For example, one of the reels had more than 1,000 cuts. Because timescales were tight, and I would work on a section of the online edit, knowing that Rob would be in the theatre ready to grade with the client. Everything we did in Resolve was in real time, which really helped us to work to a tight deadline.”

Having previously collaborated with the director Paul Greengrass and cinematographer Barry Ackroyd on a number of films, colourist Rob Pizzey already had a good understanding of how the production wanted to use the grade to enhance the action. “‘Jason Bourne’ includes sequences in Las Vegas, Athens and Berlin and an important part of the grade was to differentiate the mood and feel between these locations. Nevertheless I had to ensure the overall aesthetic of the series remained in evidence,” he said. 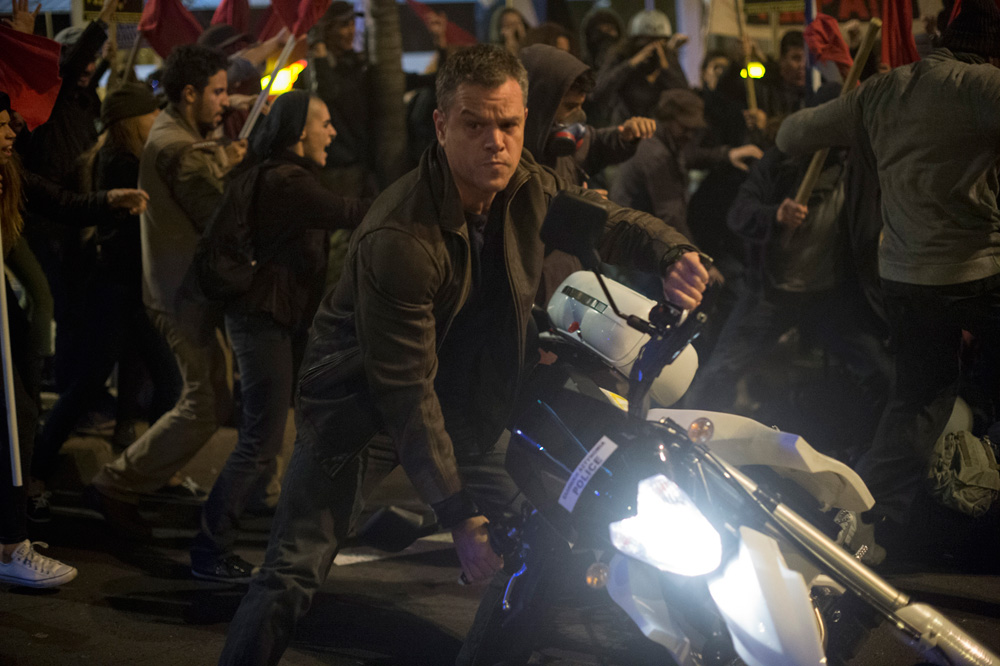 “During preproduction, Barry and I produced templates in Resolve from test footage, which would then act as a base for Barry to check his lighting on set, and for processing the rushes. Doing this work at the preproduction stage meant that when we came back together to do the final grade, the sessions were very smooth and productive.”

The grade was also used to work with and enhance the film’s editing, particularly in the action sequences. “One of my favourite sequences in the film to grade takes place in Athens, which was shot entirely at night. As the action is on the streets, which are filled with layers of smoke, and a fire unfolds, the edit intercuts scenes from a CIA control room,” Rob said. “I kept the CIA room very cool and clinical, with a blue palette to differentiate from the warm, realistic riot scenes. Using Resolve’s grading tools with some shape work, I was able to reflect some of the warmer tones from the screens in the control room back onto the actors’ faces. It was a very subtle, but extremely effective contrast within a key sequence.” 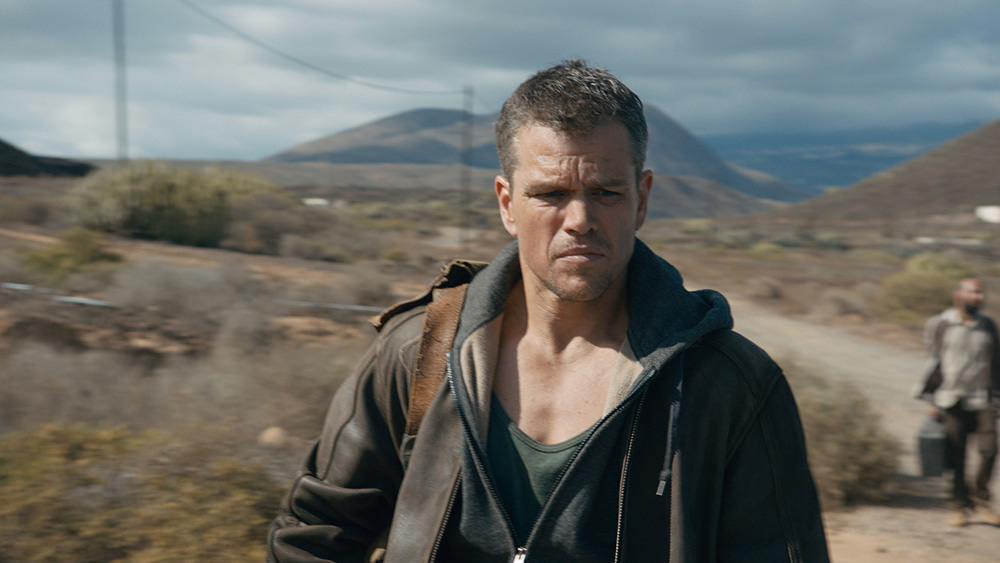 The Goldcrest team worked in full 4K throughout the project, and was also able to deliver the film in high dynamic range format for the first time, owing to the HDR functions that are now available in DaVinci Resolve Studio. Rob said, “HDR isn’t just a new delivery format, it’s a fantastic creative opportunity for production teams to deliver a completely new experience to audiences. Having the HDR functionality combined with the grading and NLE tools make DaVinci Resolve a much broader storytelling device.” www.blackmagicdesign.com