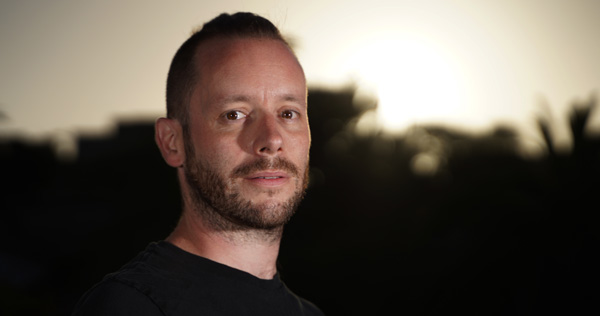 Creative and technology studio Preymaker has signed Rob Petrie to its creative team. One of the first 100% cloud native creative studios, Preymaker uses a custom cloud-based platform that creates content entirely in the cloud. In keeping with the studio’s culture, characterised by less hierarchy, a focus on the work and attracting the world’s finest talent, Rob has assumed the wide-ranging title of Creative. Petrie brings 20 years of experience to Preymaker as an award-winning artist, director and creative director.

“Rob is an exceptional talent,” said Chief Creative Angus Kneale. “Talent is Preymaker’s most valuable asset. We are building a future-facing company that can tackle the most complex creative and technical challenges. Our use of technology and our creative agility makes us unique. I have had the opportunity to work with Rob in London, New York and now Los Angeles, and have always found him to be not only an accomplished artist, but a passionate, exceptional creative who can collaborate with anyone. He will be a valuable resource for Preymaker and our clients.”

Rob started his career in London, moved to New York and shortly after rose up the ranks to Head of 3D and finally Creative Director at The Mill. He also was on staff at MPC as Creative Director and freelanced at various studios in New York and Los Angeles. Work highlights include collaborations with directors on award-winning advertising campaigns such as Sony PlayStation’s ‘Greatness Awaits launch, Johnnie Walker’s ‘Rock Giant’ campaign and OFFF Design Festival’s opening title sequence.

He also has directed commercials for Ubisoft’s Assassin’s Creed, Bethesda’s Doom and Sega’s Company of Heroes, and led visual experiences and design projects for Lady Gaga, Depeche Mode, Radiohead and Daft Punk. Throughout his career, he has partnered with many top agencies including BBH, BBDO, Wieden + Kennedy, Grey New York, HudsonRouge and others.

“I joined Preymaker because of the possibilities in technology, real-time platforms and overall creativity,” said Rob. “Preymaker is in an amazing position to create original content and tap into exciting partnerships in technology. My goal in my new role is to help build what is and will continue to be an amazing and truly collaborative place to work, growing an exemplary culture of creativity and expression and exploring opportunities in many different fields of the arts. I have a long list of ideas in my head that I can’t wait to share with our team.”

This past year, Preymaker has had a strong start as part of the team that created Grey London’s Volvo Ultimate Safety Test, directed by Ivan Zacharias, just honoured with a Cannes Silver Lion.

Since opening its doors in late 2020, Preymaker has worked on content for brands including Lincoln, Comcast Xfinity, Volvo, Macy’s, US Cellular and Army National Guard, and with agencies such as McCann, BBDO, 72andSunny and Johannes Leonardo. The company also has collaborated with directors Peter Thwaites, Kathryn Bigelow, Guy Shelmerdine and Henry-Alex Rubin, among others. preymaker.com