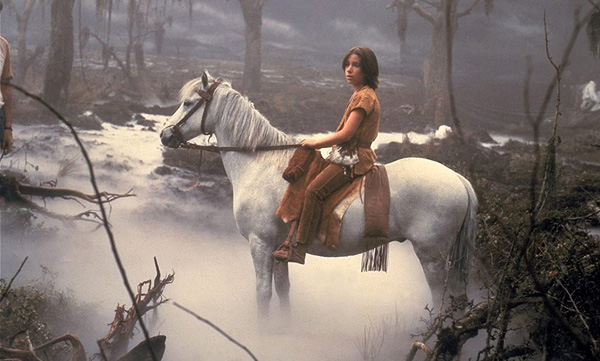 Aljoscha Hoffmann is a colourist at CinePostproduction in Munich. His launch into the magic of cinema and film came very early in life because his father worked as a production designer, giving him a chance to spend time on film sets as a young boy. After he graduated from school, he intended to study at the Film Academy Baden-Wuerttemberg and become a DoP.

However, before starting there, he spent a year as an intern working as a video operator on set, and then did an internship at the commercial post-production company VCC in Düsseldorf. “After six months there, they asked if I wanted to become a trainee operator, and it was there that I came into contact with professional colour grading for the first time. When I first saw this dark suite and crazy looking control surface, I was complete hooked.

“Because VCC didn’t have a dedicated colourist, I filled that gap by teaching myself to use the Baselight system the studio owned. After a while, I was able to prepare the colour sessions for the senior freelance colourists and watch the sessions with the clients. I did the conforms, reconforms and renders, as well as colouring additional takes and improving shapes.

“From this varied range of tasks, I learned a lot about colour, the craft of grading and also how to handle clients. In the evenings or weekends during that period I would colour every bit of footage I could get my hands on, including lots of student projects and low-budget commercials. ”

After three years as a trainee, das Werk post-production acquired VCC. Aljosha became a Junior Colourist there, and two years later took a job at CinePostproduction in Munich. The studio, founded in 2015, works mainly on feature films, TV movies and TV series, and also looks after a fair amount of film restoration. 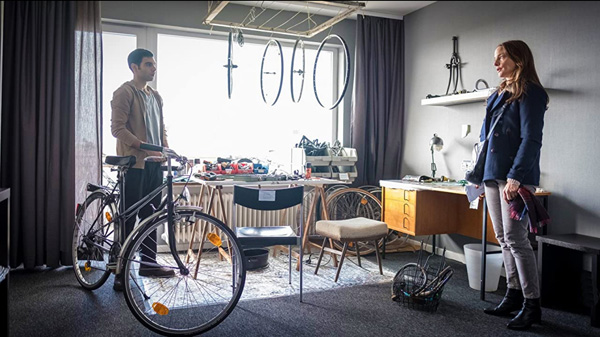 “We have four Baselight suites and one Baselight ASSIST workstation, which we maintain using FilmLight’s Customer Support Upgrade Programme,” he said. This programme maintains Baselight equipment after warranty by customising support packages to suit each studio’s budget and in-house expertise. Most studios do not sell off their older systems but maintain their value over a long service life through one of these packages. “Two of the Baselight suites are grading cinemas with 2K/4K projections, one is a 4K HDR suite equipped with a new Baselight TWO system and a Sony X300, and the last one is an HD suite. We are also running two FimLight FLUX Storage systems.”

Cinepost prefers working in Baselight because it allows them to handle large-scale feature film projects from 2K/4K cinema SDR grading up to 4K HDR versions without system delays or limitations. Baselight has also proven to be very reliable – with multiple systems, they can distribute the work on big jobs and switch between suites very easily.

“I’ve been working on Baselight for nearly ten years now and it has become my favourite grading tool,” said Aljosha. “I really like its colour management and its extremely stable performance. When the Base Grade tool came up, it was a real game-changer for me – and for many other colourists, I’m sure.” Base Grade was developed in a way that makes it ready for working in HDR. Instead of limiting the dynamic range with a colour space, video signal or film stock, Filmlight developed algorithms modelled on human vision.

As a result, Base Grade works the same way in every working colour space, and stays consistent regardless of the camera used. It converts the image into a linear colour space, restoring the original brightness ratios of the scene. From there, the colourist does not have to set up internal colour space conversions because Base Grade always passes the image to the next operator in the defined working colour space. It has four parameters that affect the whole image, and then divides the image into brightness zones with luminance controls per zone, plus colour, saturation and other tools for fine tuning.

The post production market in Germany is very competitive because prices across the whole industry have been constantly falling over the last few years. Every post house is fighting for jobs. “Personally, I have friends in other post facilities and I also share my knowledge and experience with other colourists. I would actually love to see more exchange and some community building. How about a post-production association for Germany?” he asked.

For most projects, the Cinepostproduction is involved from the very first camera test to the final DCP/Mastering. In a typical workflow, the rushes from set are sent directly overnight to their storage via a high-speed fibre connection. From there, they produce an LTO backup and their dailies so that the colourist can start immediately the next morning with grading. “That way, no one has to wait until the hard drives arrive from set. The files are copied and only then can you starting working. This connection to the lab is a very effective and secure method for the overall dailies workflow,” he said.

"When the DoP and I finally get the chance to have a few hours to play around, we develop a LUT for on set and/or for our dailies workflow so our dailies colourists are already in the right direction for the look. The dailies colourist is in contact with the DoP everyday while shooting. If my time allows, I make the dailies myself, but unfortunately this is not always possible. After the shooting is over, we will be involved again when the editing is complete. We do the conforming and then the final grade. We can offer all kind of deliverables in-house. At the moment we are experimenting with BLG workflows to explore the potential for consistency and collaboration we see there.

"I mostly work on feature films and TV series, roughly 80 per cent feature films, 15 per cent TV content and 5 per cent in restoration. But even if my day to day business focusses on feature films, it is also fun to work on restoration from time to time. When working with old film material, I am always impressed with the looks and information you can get out of the footage, whatever the period.

Last year, he had the opportunity to grade the remastering of ‘The Neverending Story’, director Wolfgang Petersen’s film made in 1984. The studio produced a completely new scan of the original negative film in 4K for a UHD-HDR remastering. Shot by Jost Vacano on 35mm film, he found grading this beautiful production to be a real pleasure.

“One of the main challenges was to keep the production’s original intention while transferring the film to the HDR colour space. I did a lot of testing of the material to find a way to keep the feeling of a 35mm production, but at the same time push the film so that it would work in HDR.

“Another big challenge was the old VFX shots, because we only have duplicates and not the original negative. The VFX shots in particular have to look very good to be able to immerse the audience in the world of Phantasia. To achieve this, many layers with keys, masks, tracking and effects were necessary, since the foreground and background sometimes behaved completely differently. The stacks were quite big in the timeline but handling this kind of situation is not a problem in Baselight.”

This project was not only about grading – it needed considerable texture work as well. Therefore the Base Grade tool and the Texture Equaliser were especially helpful. Texture Equaliser divides the image into individually adjustable spatial frequency bands. The colourist can apply any colour grading operation to the bands and, depending on the level of detail, keep fine control over the interaction of colour and texture. Each frequency band has a separate Texture Blend control allowing a smooth join between two images with a sharp-edged matte. Meanwhile, you can use the tracker with Texture Equaliser as you work.

Working in T-Log/E-Gamut was also useful when creating the different deliverables. Used as FilmLight’s own scene-referred colour space, T-log / E-Gamut is a camera-agnostic, wide-gamut colour space, which is part of the Truelight Colour Space system. To display it on screen, it has a specific display rendering transform called Truelight CAM that uses a colour appearance model based on human visual perception.

Along with Base Grade, these are some of Ajosha’s favourite Baselight tools. “But maybe it is the combination of the tools available that allow us, as colourists, to give each project its own character,” he said.

Aljosha has made versatility and experimentation an ongoing foundation of his career. In December 2019, a friend of his who is studying cinematography asked if he would grade a short film called ‘ELLI’. “After I watched the rough cut I immediately answered yes,” he said. “The film was shot with a Sony Venice and an Alexa Mini in 4K with Zeiss anamorphic lenses, but the delivered format was in 4:3. We tried to achieve a very cinematic, gritty look. It was such an interesting concept and also really fun to grade.

“Last year, I graded the drama ‘I was, I am, I will be’ from the Student Academy Award-nominee Ilker Catak. The film takes place in Turkey and Germany and is about a pilot and her younger Turkish lover Baran. It was a very intense creative process and we tried a lot of things in the grading, especially with grain. In the end, we achieved a very filmic, natural look with original 35mm grain composited on it. For us, using an original grain felt more natural than the digital. The film won a Bronze Lola for Best Picture this year at the German Film Awards.”

Reflecting on advice he might give to colourists starting their careers, he said, “It may have been easier for me if a senior colourist had been sitting at my side all the time when I started. So, my advice would be to find a company with an experienced colourist who is willing to share his or her knowledge.

“Also, be open-minded and don’t be afraid to try new things. For me as a colourist, it is important to constantly challenge myself and not to get stuck in my comfort zone. At the moment I’m not sure what’s next on the horizon, but I’d be interested to see how AI could support the grading process.”  www.filmlight.ltd.uk