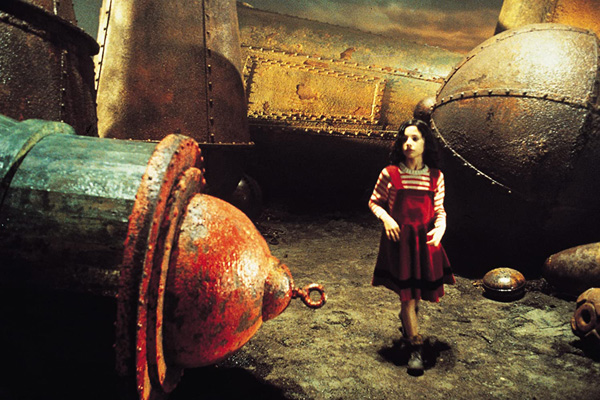 The City of Lost Children

Yvan Lucas has worked as DI colourist for over 30 years in roles at 10 different labs, collaborating with many cinematographers including Darius Khondji, Rodrigo Prieto and Robert Richardson. Here he talks about the opportunities, mentors and experiences that defined the path of his career as a colourist, a profession that has changed tremendously since he started working in post in the early 1980s.

Yvan grew up in France and studied electronics at school, but soon realised his interests lay elsewhere. “When I was 18, I was looking for a summer job with idea of working as a projectionist. I took a position at our local theatre, Le Rex, and ended up staying there for a year, progressing from being someone who liked movies to a true cinephile. The American movies we projected were legendary films such as 'The Shining', 'The Elephant Man', 'Raiders of the Lost Ark', 'Kramer vs Kramer'. They gave me the ambition to become more involved in the movie business somehow, somewhere.”

Deciding to move into editing, he asked for advice from the Centre National du Cinéma, an agency of the French Ministry of Culture, who suggested he start to learn editing through an internship in a laboratory. At that time, because movies were recorded on film, labs were where editors worked and learned the craft. “That’s how I ended up at Laboratoires Éclair, after being interviewed by their head of production Olivier Chiavassa. I was really motivated – I even lied about owning a car and about being fluent in English – and luckily he took me on board.” 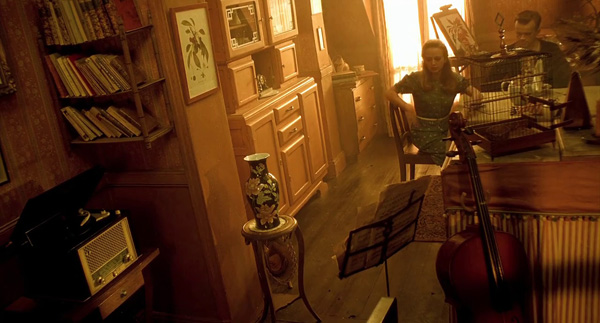 While today, colourists are found working all over the world, when Yvan started as an intern in 1983, it wasn't a profession many people knew much about. As a colour timer, he worked exclusively on prints, which was the stage of production at which the dailies and final grading were done.

Colour timing is a photo-chemical process that affects the look of an entire film in terms of exposure and colour balance, as well as shot by shot and scene-to-scene continuity. My mentors were Olivier Chiavassa and Pierre Reali, the best French colour timer of the day. With Pierre I learned colour timing, and with Olivier I learned how to discuss with directors and DoPs what their intentions were. Although colour timing is a chemical technique that everybody can learn, what is most important is your ability to understand and interpret the artistic thoughts of the director and cinematographer into colour.

“I feel lucky to have I learned in a photochemical lab. When you are creating colour on the print, you don’t see what you are doing directly. This is why and how I’ve acquired my colour memory. If I see a shot in a movie that I am colour timing, then see the same scene 20 minutes later, I know exactly what to do without even looking.

“Think about continuity as the basis of colour grading. Perfect continuity is what makes a good colourist. For example, Quentin Tarantino’s ‘The Hateful 8’ is one single scene from the beginning to the end, all shot on 70mm film. 80 per cent of it comes from a four-month location shoot in a cabin in Colorado, while the pickups were shot on a sound stage in Hollywood. You have to match everything together – that’s the most difficult thing to do.

“Then comes your personal touch and talent – they differentiate your work. So, watch movies, go to painting and photography exhibitions. Listen to what the director and the cinematographer are asking for, and imagine how to translate those feelings to the screen.”

Yvan credits the work he did with Darius Khondji and director Jean-Pierre Jeunet – especially ‘Delicatessen’ and ‘The City of Lost Children’ – for launching his career outside France and leading him to Los Angeles. They met in 1986 when Darius was a camera assist, and he and Yvan started collaborating on short films together.

“Everything started for me with Darius,” Yvan said. “We would work on special processes such as bleach bypass or ENR, which is what I used on ‘Delicatessen’ and ‘The City of the Lost Children’. ENR processing alters the normal bleaching step used to remove silver from film. By finely controlling the amount of silver left in the stock at different stages of processing, the timer can produce a high contrast, desaturated image with dark, rich black shadows.

“After a while, he asked me to come to LA and work with him – he was shooting ‘Se7en’ for David Fincher at the time. This experience made me decide to become a freelancer, which was not an easy choice as each laboratory around the world usually had its own resident colour timer.”

At first, Yvan spent a week on set in downtown LA and met David Fincher there for the first time. Six months later, he started to colour the movie at Deluxe Lab. Young and very impressionable at that stage, the chance to work on such a classic film gained him valuable experience, and since then he has managed to work independently for over 15 years.

“The DoPs or directors often contact me directly. In 2005, I remember someone calling me, asking to speak to the colour timer of ‘The City of The Lost Children’. He knew my work with Darius, liked it a lot, and asked me to do the dailies for Steven Spielberg’s new project, ‘Munich’, with cinematographer Janusz Kaminski.”

“Luc Besson was only 29 when he directed ‘The Big Blue’. He came in to Éclair to see the print that the senior colour timer had made and the DoP had approved. I was still an intern in those days, and in the room as they started the movie – I still remember this vividly – Luc Besson started asking everyone, ‘Remind me of the title of my movie.’

“Ironically, the water shot on the screen was a greenish, cyan colour. After this, the DoP and the color timer had to stop working on it. Luc asked Olivier Chiavassa and I to work all night to finish a print that was much more blue, so that he could go to Cannes Festival a couple of days later. This is how I met Luc Besson and then became his colour timer.”

Meeting cinematographer Robert Richardson was a different experience all together. Yvan met Robert in Paris, where they stopped to discuss the making of ‘The Double’, directed by Roman Polanski. He thought Yvan was young and maybe not as experienced as the colour timers he was used to working with in the US, so he decided to test him. 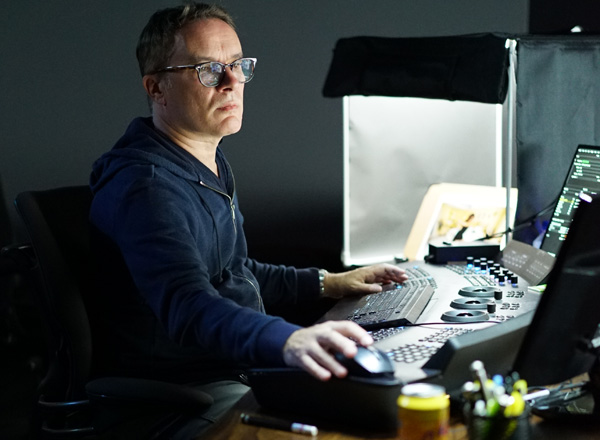 He said, “Bob shot random shots in Paris – macros of flowers, statues, windows and so on. I made two prints, the first on regular print stock and the second with an ENR process, as described above.

“That movie never happened but Bob watched the test and loved it. He asked if I would be interested in working for him in Hollywood. At that point I was not ready to move to Los Angeles but I did a few films with him, like ‘The Horse Whisperer’ and ‘The Four Feathers’”.

His first experience using digital tools was on ‘Amélie’ in 2001, by Jean-Pierre Jeunet. It was the very start of the digital intermediate era, before 3D lookup tables (LUTs) existed. Since he hadn’t learned video grading yet, Jean-Pierre suggested that he work with Didier Le Fouest, a video timer who specialised in commercials. He was using the Pandora Pogle colour corrector. Due to the lack of lookup tables that later on would typically be used to match digital to print, he would have to predict the colour of the film by relying on his colour timing skills and memory.

“In those early days nobody really understood how complex the process was, and so Didier and I formed an effective team,” Yvan said. “We invested in a Colossus, which was developed later into Autodesk Lustre by Colorfront. Eventually we were able to grade movies in a log mode, which was the approach I took on another of Jean-Pierre Jeunet’s movies, ‘A Very Long Engagement’, for which Bruno Delbonnel won the ASC best cinematography award, and ‘Alexander’ for Oliver Stone, with DoP Rodrigo Prieto. 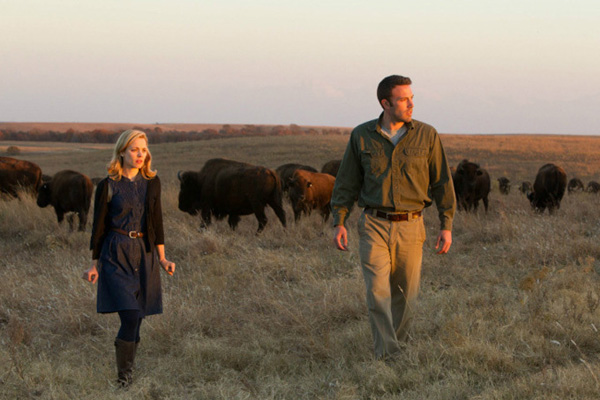 “Rodrigo then brought me in to grade ‘Babel’ at Laser Pacific in Los Angeles. By then, I had so many opportunities to work in the US that I decided to reside in LA permanently, and work at Efilm.

“My first movie on Baselight was ‘To the Wonder’, directed by Terrence Malick, with cinematography by Emmanuel Lubezki. I almost looked like a junior because my hands were not familiar with the system yet. Baselight was a re-discovery, when I came to realise the scope of the system and just how powerful it could be.”

Yvan likes to use Baselight’s Base Grade, especially to touch highlights or work on the shadows. He finds Base Grade is particularly critical for HDR theatrical releases, and he has started using the Boost Colour and Boost Contrast tools more often. Boost Contrast applies sharpening to the midtones but avoids the ringing artifacts associated with conventional sharpening. “Base Grade has revolutionised the way colourists grade as it works the same way in every working colour space, for video from any camera,” he said. “I’m not sure that everybody has yet realised its potential.”

Not only does it use algorithms modelled on human perception as a foundation instead of a video signal or film stock, but the exposure values are specified in aperture stops, which also imitate human sight and are familiar to photographers and DoPs. Its colour model is lab-based, consisting of a luminance component and two colour components. Four parameters affect the whole image – Flare, Balance, Contrast and Saturation. Also relating to photography, Base Grade partitions the image into brightness zones, each with an adjustable start point called a pivot, that transition from one zone to the next according to an adaptable falloff. 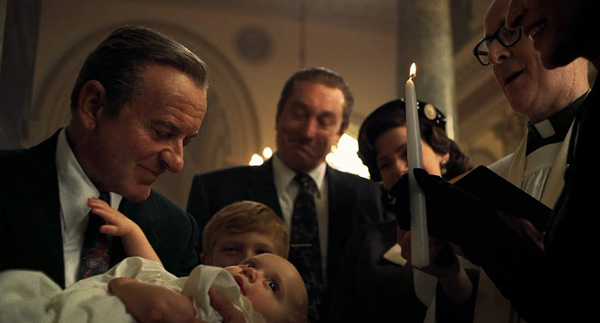 Base Grade was instrumental for Yvan on ‘The Irishman’, for example, because he didn’t need to use as many windows or keyers. DP Rodrigo Prieto and Martin Scorsese, the director, wanted LUTs for the early and late 1950s, ‘60s and ‘70s sections of the story to help the cut. So, early in production, colour scientist Matt Tomlinson and Yvan developed LUTs based on Ektachrome, Kodachrome and bleach.

“Colourist Élodie Ichter, who has worked with me since 2008, had handled all the dailies already with these LUTs at HARBOR New York while they were shooting,” he said. “She used FilmLight’s dailies platform Daylight, and that work gave me the foundation for the final grade.”   www.filmlight.ltd.uk