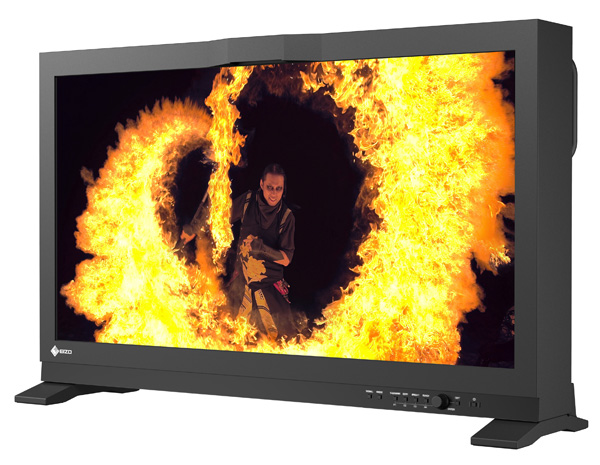 The new EIZO ColorEdge PROMINENCE CG3146, a 31.1-inch, DCI-4K (4096 x 2160) HDR reference monitor for post production and colour grading workflows, achieves 1,000 cd/m2 brightness and 1,000,000:1 contrast ratio, and is the company’s first model to incorporate a built-in calibration sensor. It shows both very bright and very dark areas on screen, without sacrificing the integrity of either, a type of image processing that standard dynamic range (SDR) monitors are unable to perform.

The CG3146 has a single-Link 12G/6G/3G/HD-SDI, and dual- or Quad-Link 3G/HD-SDI connections, for 4K video data transmission. The SDI connections support 2SI (2 sample interleave) to maintain pictures reliably during transmission. A 3D LUT is included for individual colour adjustment on an RGB cubic table, and 10-bit simultaneous display (with 10-bit hardware) is supported from a 24-bit LUT for smooth colour gradations.

EIZO has used its experience in calibration systems to incorporate a hardware calibration sensor within the monitor, one of the first true HDR reference monitors to have this ability. Hardware calibration makes sure the screen stays colour accurate over time and makes colour management simpler, so users can devote more time to their work.

Variations in precision tend to affect software calibration, since monitor adjustment is conducted by a user, introducing minor variations each time. Also, since adjustment operations are complex, they can be  time-consuming at first. Using the monitor's own colour adjustment function, and adjustments to graphics card output, may also affect gradation characteristics. When conducting software calibration, gradation deviations, tinting and other gradation damage can occur, preventing the display of minor colour differences either in the image or across the screen.

Conversely, hardware calibration is the method of adjusting colour directly by adjusting the settings inside the monitor. Eizo ColorNavigator 7 colour management software, which is included with ColorEdge monitors, employs this method and does not affect the output of the graphics card – colour gradation is not reduced, and users can take advantage of the monitor's internal capabilities to achieve precise calibration.

Furthermore, by using ColorNavigator, users can regularly calibrate and quality control their monitors quickly and uniformly. Users can calibrate all colour modes simultaneously, set up regular recalibration intervals, and maintain quality control in environments with multiple monitors with a single software application.

The ColorEdge PROMINENCE series were among the first HDR reference monitors to overcome brightness drawbacks of the HDR systems used in some monitors – ABL (Auto Brightness Limiter) and local dimming, either to improve tone mapping of the brightest parts of HDR pictures or to reduce the risk of screen burn or image retention.

Auto Brightness Limiter limits the monitor's ability to display the lightest scenes with tones to a specific range. This causes the lighter areas to appear dimmer and the colour duller as a result. Local dimming uses an area control backlight system that adjusts the brightness in sections of the screen depending on the content. However, when an object on the screen falls outside of the adjusted area of the backlight, a halo effect appears, making true colour accuracy hard to achieve in smaller details.

The PROMINENCE monitors achieve a HDR visual experience for users without those limitations, so that they can be used reliably for post production. 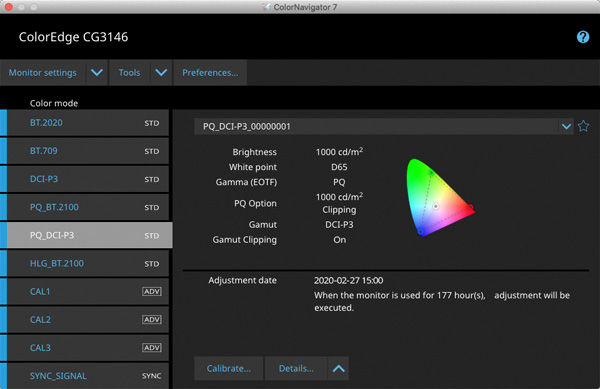 The ColorEdge PROMINENCE CG3146 supports HLG (hybrid log-gamma) and the PQ (perceptual quantization) curves for displaying and editing broadcast, film and other video content in HDR. Specifically, HLG is compatible with SDR displays and is suitable for live television broadcasting. The PQ curve approximates the colour and light perception of human vision, making it suitable for films, streaming and other video content. The two optimised gamma curves render images to appear truer to how the human eye perceives the real world compared to SDR.

The monitor uses these values to adjust in real time, so that accuracy in gradations, colour, brightness and other characteristics are maintained. EIZO uses AI in its estimation algorithm, allowing it to distinguish between various temperature changing patterns and improve its correction accuracy. EIZO’s digital uniformity equalizer (DUE) also counterbalances the influences of fluctuating temperature on colour temperature and brightness for stable image display across the screen.   www.eizoglobal.com