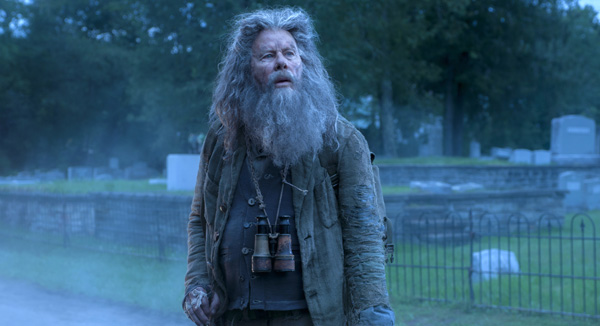 Chimney Group creative agency has headquarters in Sweden and handles brand marketing, advertising and entertainment content. As global media producers, their teams work on strategy and concept, production, distribution and analytics from locations in Europe, North America and Asia.

Chimney’s post-production facilities and workflow are set up in a way that allows them to curate a team specifically for each project and set up a 24/7 workflow when required. With specialists in editing, CG and visual effects, grading and sound, they cover all of each clients’ needs by accessing the entire company’s skills and resources worldwide, regardless of where the client is.

The work the team completed for the movie ‘The Dead Don’t Die’ involved collaborating across the company’s New York and Gothenburg, Sweden, locations to produce approximately 300 VFX shots. While the director Jim Jarmusch and the film’s DP Frederick Elmes were working  in New York, Chimney needed to be able to connect everyone in real time across locations. Both teams could work simultaneously with the filmmakers to discuss and implement changes during VFX production.

The film’s story combines comedy and fantasy as the small peaceful town of Centerville is forced into a battle against the undead when zombies begin to rise from their graves. “Since this film was Jim’s first VFX-heavy project, we wanted to make sure that he felt comfortable and connected to the team throughout the entire process,” said Chimney’s VFX Supervisor Sam O’Hare. Chimney used the collaboration tools in DaVinci Resolve Studio to review EXR sequences in real time. 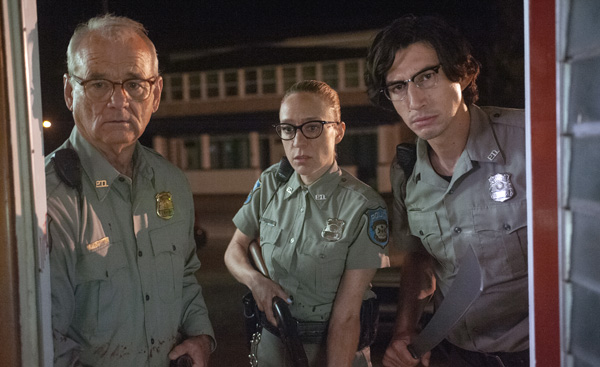 “We needed the teams on each continent to be able to look at the same footage and discuss it live on the phone in real time. With DaVinci Resolve Studio, we were able to share the EXR sequences from each studio, load them into a Resolve project which was also shared and then relinked to the files, and run a remote session so we could screen all the full quality EXRs in real time in both places,” said Sam.

“Jim and Fred were able to watch everything and comment directly from New York while the team in Gothenburg, VFX Producer Andreas Hylander from Chimney Gothenburg and VFX Supervisor Alex Hansson from Haymaker, could see the exact frame that was being discussed.”

Andreas Hylander said, “Since this film was mostly shot during the day and later graded to look like night, the challenge was to deliver VFX that would look clear and visible even after such an extensive grade. Traditional workflows with LUTs didn’t do the job, as the grade was dialled back several stops with a multitude of masks and keys. However, since we were using DaVinci Resolve Studio on the original EXRs straight from VFX, we could quickly adjust the grade to make an informed decision on whether we should redo the VFX shot or if we could fix it in the grade.” 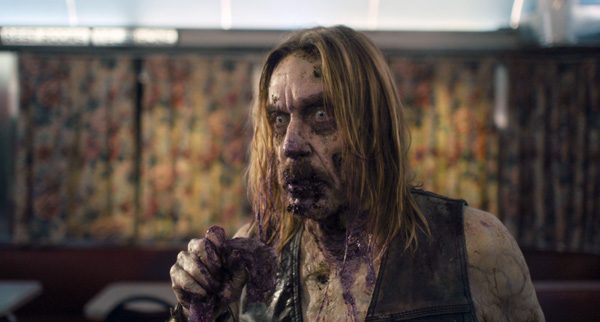 Sam said, “Using DaVinci Resolve Studio, we were also able to use the latest colour information from the grade, so the look was always up to date, and with the original footage loaded underneath, we could compare it to the plate if needed.”

Jim Jarmusch found the workflow eased the review process markedly. “Working with collaborators in other places around the world is almost always a challenge, especially when it comes to visual elements like effects. However, on ‘The Dead Don’t Die’, through the use of Resolve Studio at Chimney, we were able to share and discuss ideas immediately with our cohorts in Sweden while we remained in New York.”

Since Chimney is a global network of facilities spanning 11 cities, collaboration is essential to complete projects. “This sort of work always relies on good communication combined with rapid data transfer. We have a data backbone that enables us to send uncompressed sequences very quickly, so we could have the footage available in both places. That system is really a key to collaborating with our offices around the globe,” said Sam.

Chimney regularly uses DaVinci Resolve Studio’s remote grading function to run colour sessions across different locations. It allows remote control and grading on another system containing the same media. When two Resolve systems are synchronised over an internet connection, adjustments made on the colourist's system are applied on the client's viewing DaVinci Resolve software in real time. To save time, deliverables can be rendered on either system once the grade is done. Clients, directors, producers or partner companies can sit through a grading session live while the colourist works remotely. 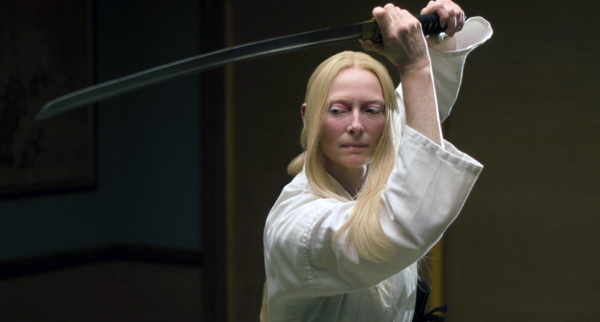 “But this project was the first time we’ve implemented Resolve in this way on the VFX side of things,” Sam said. “Being able to view all the footage back at full resolution and quality, with the latest colour changes applied, simultaneously in two places that are thousands of kilometres apart, made quite a difference. As a global company with projects constantly running across different studios, that level of collaboration is crucial to our success.”

Sam and his team also used Fusion Studio for special VFX work on the film, including one interesting scene that featured a character using a pair of old, damaged binoculars. “The character, Hermit Bob, lives out in the woods, and Jim wanted to get across that there would be layers of grime on the lenses whenever we looked through them, as well as some cracks to internal elements of the glass. We used a variety of tools in Fusion Studio to achieve the look,” said Sam.

Displacements and offsets were fed through rotoscoped shapes to imitate the broken glass. The artists treated imagery of dirt and grime to layer onto the view, and had various mattes and keys feeding into rays to build internal reflections in the black areas outside the classic two-circle cutout of binoculars.

“The displacements were designed to react to the movement in each shot  - just as looking through broken glass really would, so some shots had movement from the camera, while for others we built matching movement in Fusion Studio using nested perturb modifiers, very useful for custom chromatic aberration effects, in the transform node.”  www.blackmagicdesign.com