Kyle Stroebel Brings the Colours of South Africa to the World

Kyle Stroebel Brings the Colours of South Africa to the World 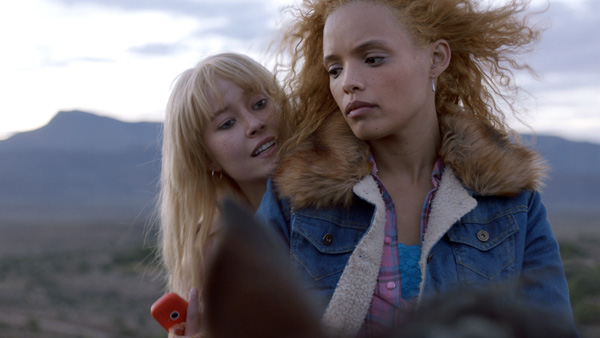 Kyle Stroebel is a colourist at Refinery post studio in Cape Town, South Africa. His most recent project was an independent South African film called ‘Flatland’, directed by a local filmmaker Jenna Bass. “South Africa’s film industry is largely split into two parts. One part is service work for international clients who like our great crew, beautiful locations and favourable exchange rate, and who typically take their material back to finish in their home country,” Kyle said.

“Then there are the local players, now joined by a growing group of international clients who do stay after their shoot and finish their work in South Africa. Cape Town in particular has become loved as a destination and as a result, the post-production element is starting to be taken seriously as well. This week alone I have graded work for English, American, Japanese and Italian productions. South Africa produces competitive international quality at a fraction of the cost of other emerging markets.

In a Good Place

“Our industry is in a really good place now. Cape Town experienced a devastating drought in 2018 but our summer season this year has been very fruitful. We are seeing a big influx of production companies producing and finishing long form material here. We also have a commercials industry that has been our bread and butter for many years.” 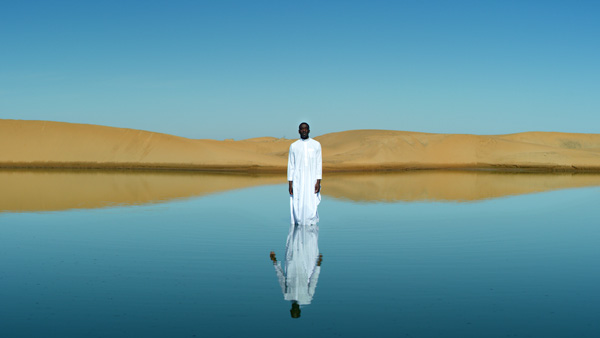 Kyle started out in telecine about 11 years ago doing one lights and rushes for a company called Condor. He then worked for a variety of different companies, all battling with various new business models as they struggled to come to terms with the disappearance of film occurring at that time, and with the shifting landscape of the post-production industry. Largely still modelled on the lab, all of their processes had to grow up from that environment.

Two of the major post houses, Searle Street Post and Waterfront Film Studios, merged three years ago and from that merger Refinery Cape Town was born. The direction of both companies had been focussed on a high-end digital workflow, and the move to join forces made sense.

Today Refinery is one of the largest full service post facilities in Cape Town, running a 4K DCI-specification cinema with two FilmLight Baselight systems. “We have finished our first HDR feature, and we’re also working on expanding the scope of our VFX department,” Kyle said.

Reflecting on his success with 'Flatland', he remarked that he and the director Jenna Bass had been at film school together 12 years ago. He had also graded her previous film ‘High Fantasy’, which received a lot of critical acclaim. 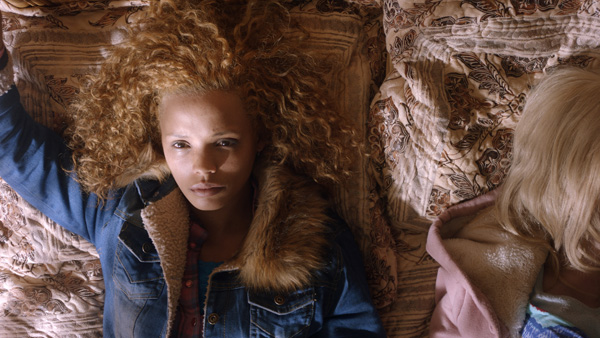 “After Jenna had been working on this project for a few years, eventually, she and producer David Horler-Blankfield received funding for the film through a South Africa/Luxembourg co-production,” he said. “The concept of the movie fascinated me and when Jenna initially asked if I would come on board it was a real privilege.”

The film is set in the Karoo in South Africa, a particularly barren landscape that experiences extreme low temperatures but largely blue sunny skies. Jenna, along with cinematographer Sarah Cunningham, wanted to convey the unforgiving, harsh environment through the grade. “That part of the world has a uniquely South African feel, accompanied by odd spatterings of often kitsch colour tones,” said Kyle. “We went for a cooler feel that was accompanied by certain pops in these tones.

“I tried to make the colour gentle, never forced, but also to give it an almost grim tone. The story focuses on a hard journey two girls are forced to undertake, on the run from the law. The goal was to place the story in a vast, cruel environment, remote and often frosty, mimicking the plight of the girls. One trick we used to provide a grittier element was to run variations of scanned 35mm grain through the film.” 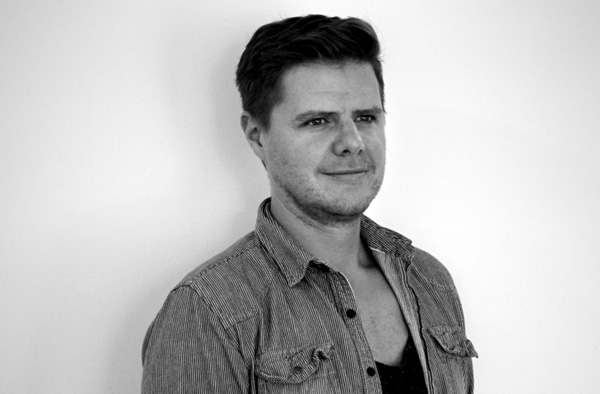 The film was shot on ARRI Mini in 3.2K ProRes. Kyle was able to supply BLG files to Refinery’s VFX department, allowing them to access the look of the freezing Karoo outback even as they developed it in the facility’s Baselight cinema suite.

“Our DP Sarah Cunningham was in London. We created DCPs for her to view at Technicolor, and she would narrate long voice notes that Jenna and I would use to tackle the next day’s work. Fortunately, at Refinery we are set up to operate as a co-operative unit. That meant we had control over the to and fro of EXRs to VFX, which we could review immediately in the Baselight cinema,” he said.

“Even when dealing with the varying light tones of the Karoo, we always had control over the smallest elements because we have so many tools in the software to control the curve. It makes you very versatile. What I really enjoy about Baselight is the limitless number of ways a colourist has to achieve a look.

“I often use the Hue Angle keyer to soften overly bright areas and drop parts of the frame. A kind of HSL (hue, saturation, luminance) keyer, it displays a hue-wheel GUI in which you choose one of six customisable hue ranges, and then adjust hue and saturation simultaneously, in a natural, visual way.” For making subtle changes, Hue Shift is similar, but its vertical adjustment sliders correspond to primary and secondary hues in the RGB colourspace. He also likes using Colour Cross Talk, which controls the way a signal from a specific pixel affects those of adjacent pixels, to get different looks.

'Flatland' was also the first feature film he has graded on Baselight version 5, and led to discovering the Texture Equaliser. This tool softens or enhances textures by first dividing the image into spatial frequency bands, which can then be adjusted individually. 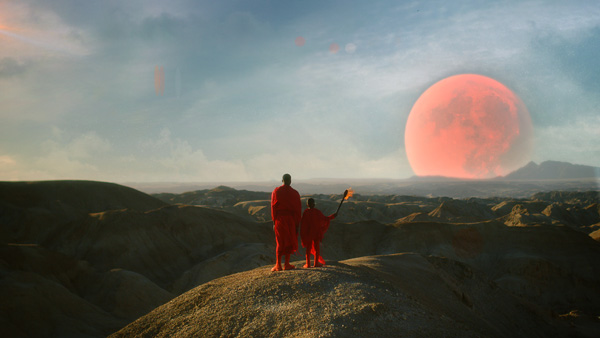 A typical example is skin – the skin tones can be smoothed while the texture of the pores and other fine detail are preserved. Each band also has a separate Texture Blend control, which allows you to create a smooth join between two images with a matte. “When playing with softer contrast it often gives my image ‘grip’ in any area I want, but also, when reversing the effect it helps soften harsher bits of the image,” Kyle said. “This, combined with the tracker, allowed me to implement what Jenna and I wanted almost immediately.”

Perspective can be tracked using a Four-Point Tracker or with the Area Tracker, which recognises perspective. The vector Paint utility has colour, clone and matte brushes – as well as trackable paint layers that help remove objects or precisely retouch certain elements. Distortion meshes can also be attached to a tracker so that they move with the shot.

The integrity of the colour workflow, and ability to achieve any conceivable desired pipeline using Base Grade within the ACES workflow, will always be the software’s strongest feature for Kyle. Refinery’s facility is essentially built around the Baselight systems and they have learned how to use it to cater for even very extreme client requests.

Kyle chose very decisively, at a specific point during his film school days, to become a colourist. “We had a session with a colourist in 2006 as part of a 16mm project. I remember the exact date and every detail of it, down to the aroma in the suite. I couldn't believe how they were manipulating my images. 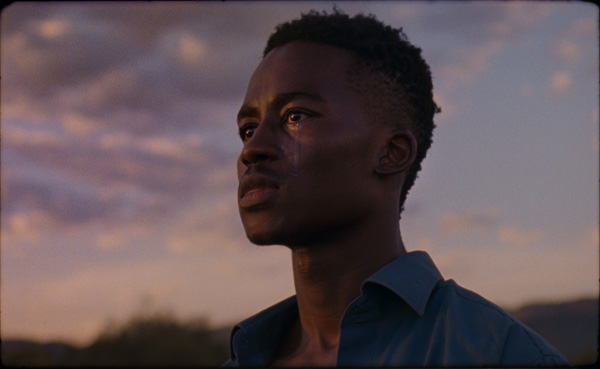 “I also remember the first project I finished on Baselight, and what the experience felt like,” he laughed. “I think I was so daunted in the beginning about the seemingly infinite ways to grade, that I over-engineered the finish. It was on a piece for a producer who knew it was my first time behind the Baselight wheels and encouraged me to try everything – and I did. Today, after developing so much further as a colourist, I have a much more polished understanding of how to take advantage of the software.”

So far this year, Kyle’s workload has been quite varied with a feature film for Warner Bros. alongside a variety of commercials, from fashion to Russian chewing gum. “This month we pushed through Burger King, Grolsch, Woolworths and a run of music videos, two of which were shot on film. My producers are great and keep me busy with something new almost continuously. Coming up soon, we have several series for two American networks.

“I don’t have a specific preference for a type of production. I love to work on commercials because they give you instant gratification after a day’s grade. They often have high production values and can be treated as such in the grade. But I also love long-form work that brings a chance to nurture the look and develop ideas over time. If it’s beautifully shot I leave the office smiling.”

DPs vs Cameras vs Looks 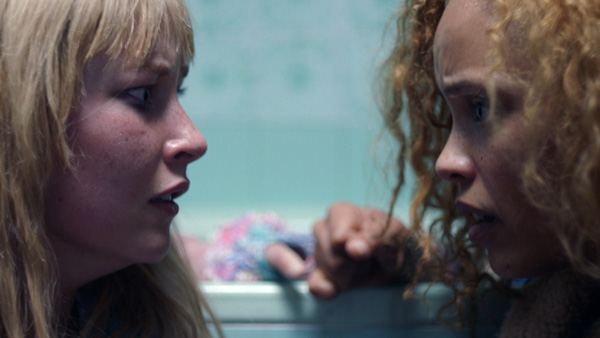 Kyle finds that the person shooting the footage is more important than the camera format, saying that although ARRI Raw doesn’t have a real competitor in terms of grading, he has also had magnificent images from a DP using an iPhone. “I have recently done a couple of good 16mm jobs. There’s a beautiful nostalgia that I love about that format. It’s one of the few looks you can’t achieve digitally.

“I think the mark of a good colourist is that he or she can switch between looks, depending on the job, with the focus on consistency above all else. If a project is dark moody then I can find myself getting into that environment – I even think a darker, heavier palette can help show off a colourist’s finer skills – but likewise I can be inspired to go bright and colourful if the image presents itself.”

Thinking about his future goals, Kyle said, “I’d love to work in the United States for a bit. As South Africans, we often think about the US as a sacred filmic ground. Although we do big, fantastic work down here, our pool of colourists is very small. To work in an environment of multiple colourists sharing ideas and techniques really appeals to me.”  www.filmlight.ltd.uk