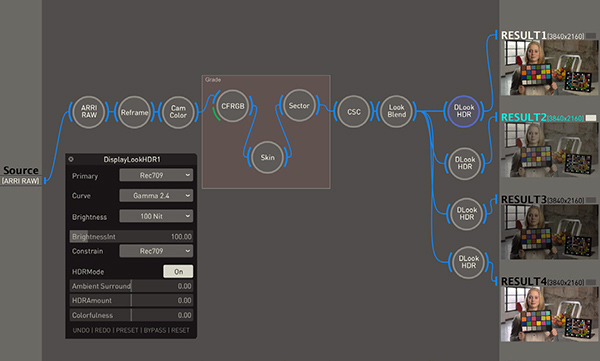 Colorfront showed new 8K HDR capabilities and updates across its product lines at NAB, and started a new collaboration with Pomfort to bring more efficient colour and HDR management on-set. They have also continued their technology partnership with AJA with new firmware development for the FS-HDR real-time HDR/WCG converter and frame synchroniser.

Transkoder 2019’s mastering tools have been expanded to support both Dolby Vision 4.0, and Dolby Atmos for home consumers with IMF and Immersive Audio Bitstream capabilities. The new Subtitle Engine 2.0 supports CineCanvas and IMSC 1.1 rendering. Both of these support a text-only profile, stored separately to save space, and a reliable burned-in image-only profile for subtitles. Together, these profiles simplify interoperability, consistent rendering and conversion to other subtitling formats, and ensures the preservation of content, timing, layout and styling.

Transkoder can now also package multiple subtitle language tracks into the timeline of an IMP, a package consisting of a packing list and all its assets. Further functionality supports fast audio QC, including Solo and Mute of individual tracks on the timeline, and a new render strategy for IMF packages enabling independent audio and video rendering.

Transkoder has recently been adopted by customers such as Sky, Pixelogic, The Picture Shop and Hulu. Andy Scade, SVP and general manager of Pixelogic’s Worldwide Digital Cinema Services said that Colorfront systems are fundamental to their localisation and distribution services.

The updates Colorfront showed for the 2019 versions of  Express Dailies and On-Set Dailies at NAB 2019 demonstrated the viability of 4K and 8K SDR/HDR dailies and monitoring on-set. Both applications are built on the Colorfront Engine, taking advantage of its ACES-compliant, WCG/HDR-managed colour pipeline supporting on-set look creation. 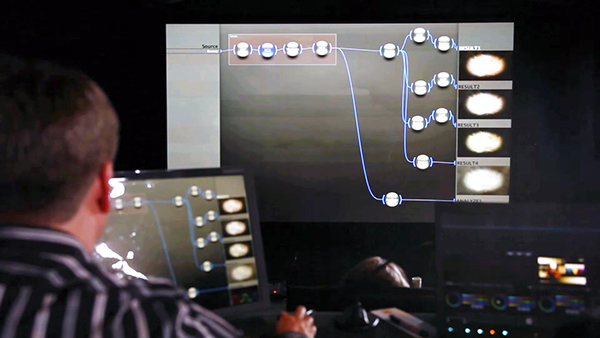 It ensures the colour integrity of UHD HDR dailies and deliverables, with associated metadata, through the entire camera-to-post chain. Colorfront On-Set Dailies has a flexible node pipeline with unlimited outputs, and Express Dailies 2017 allows rendering of up to four concurrent deliverables, the distinguishing factor between the two products.

A new, integrated Colorfront Engine Film Mode, for example, brings ACES-based grading and look creation tools with ASC Color Decision List (CDL) controls and built-in look selection. The looks include film emulation looks, plus variable Output Mastering Nit Levels for PQ, HLG Extended and P3 colourspace clamp. That is, the user can assign acceptable values to colours that are either too light or dark for the intended display device. This mix of information is very useful when evaluating different displays and Display P3 capabilities. Display P3 is a colour space created by Apple using the DCI P3 primaries with a D65 white point, but applying sRGB transfer characteristics. 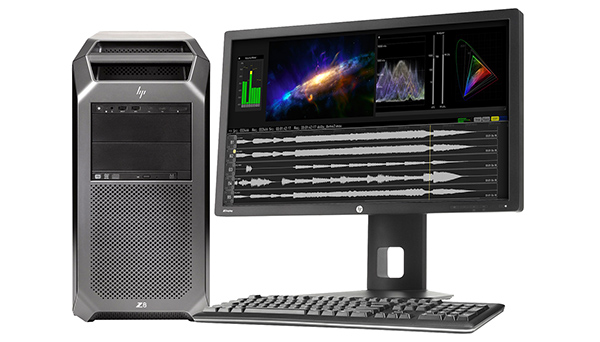 Colorfront Goes On Set with Pomfort

Colorfront and Pomfort have worked together to integrate their respective HDR-capable on-set systems. This collaboration, based on Colorfront Engine, will include live reading of CDLs in ACES pipelines between Colorfront On-Set/Express Dailies and Pomfort LiveGrade Pro, giving motion picture productions better control of HDR images, and simplifying their on-set colour workflow and dailies processes.

LiveGrade Pro is a standard software for look management on set, made especially useful due to its scalability and integration with various camera workflows and setups. It is used to create and manipulate looks and apply them to the live image so that footage can be reviewed accurately. To make sure that the applied look is based on the correct camera settings, LiveGrade Pro allows the DIT to monitor the metadata from one or multiple cameras live. At post production time, looks can be exported in various ways, visually communicating the DP’s and director’s intent to post teams.   www.colorfront.com