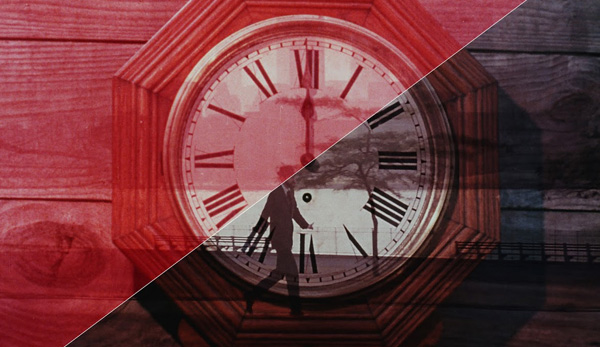 MTI Film recently completed a 4K restoration of 'Time Piece', a 1965 short film that the late Jim Henson wrote, directed and starred in. The story of a man’s desperate attempt to escape the passage of time, the short received an Academy Award nomination and demonstrates Jim Henson’s less recognised work as an experimental filmmaker.

The original film negative had been lost, which made restoring the film more of a challenge technically. The Jim Henson Company conducted searches that uncovered several 35mm inter-positive and inter-negative prints, the best of which was an inter-positive made in Germany during the 1960s. MTI Film technicians scanned this print in 16-bit 4K HDR using a Lasergraphics Director high-speed scanner, and then used it as the basis for restoring the film’s live action scenes. The film is intercut at various moments with colourful animated graphics, and these elements were restored from scans made from inter-negatives.

All the original film elements – inter-positives, inter-negatives, prints and so on - were compromised by the passage of time. MTI Film Director of Restoration Wojtek Janio described how the print had faded. “When you look at the raw scan, it’s completely red. But by using modern grading systems, we can draw a lot of information out of the picture that you can’t see and bring back the original colour,” he said. 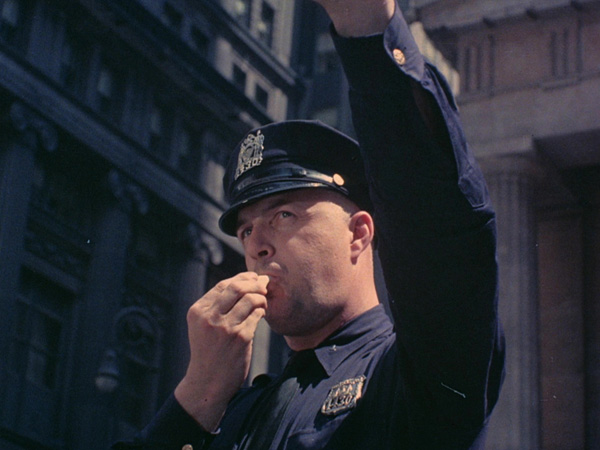 “We used the Lasergraphics Director 4K. Its functionality makes it an ideal scanner for archive materials, the most important of which is its 3-flash HDR scanning ability that brings out highlights, shadows and faded colours even from fourth or fifth generation prints. Also, the scanner gate has a pressure plate mechanism that locks each frame in place, which very effectively flattens the frame being scanned.

“The scanner’s highly diffused light, which reduces the appearance of scratches on the film base and the emulsion side without softening, blurring or altering the image, was extremely helpful with this particular project. Interestingly, the element we selected as the best source for restoration actually had a scratch in the centre of the frame for the whole duration of the film.”

Even to get as far as scanning the physical material represents a lot of work for such projects. Gathering, analysing and selecting the best film elements to restore from is, in itself, a huge sleuthing job, and a careful process of elimination. MTI had requested all available inter-positives, inter-negatives and prints, and reviewed all of them. It turned out that all of these elements, nine in total, had been struck from the same source print. 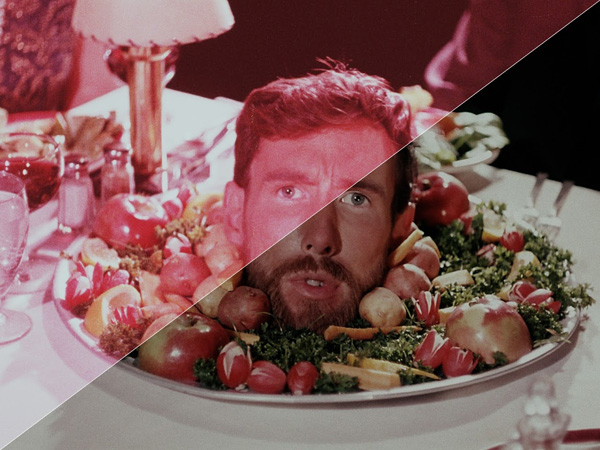 “We chose the three best ones to work with - a very faded print from 1964, an inter-negative from 1966  that had been found in Germany in 1995 and restored mechanically and photo-chemically in 1997, and an inter-positive,” Wojtek said, “After carefully analysing the scanned images, we concluded that the print retained the most definition and detail. Alex Chernoff, our colourist, investigated and determined that the fading process had only shifted and stretched the red channel, which meant we would be able to retrieve all colour information from this print.

“The last important observation was that all the elements had a thick printed-in scratch in the centre that persisted for the duration of the film, becoming more pronounced and deeper toward the end of the film. The print also was scratched, but its scratch was mechanical rather than printed-in, suggesting that the elements had in fact been struck from that print. In short, the faded positive print was the best element to work from. After carefully analysing the inter-negative, we also concluded that it was struck from the print.”

They used the print for all the live action and an inter-negative for the animation because it wasn’t faded and, therefore, was easier to recreate the original colours from. Since the animation was created using simple geometrical shapes, the slight loss in detail wasn’t be as important as it would be for faces and familiar objects in the live action. 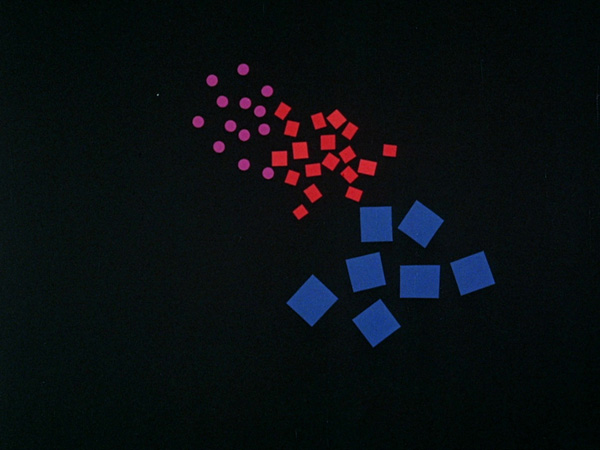 Wojtek commented, “Of course, an original negative retains the most detail, is the least grainy and contains the least amount of flicker, and so is always the best source element. If it had been available we would have had a better result than we did using a scratched print. On the other hand, we really outdid ourselves on this restoration. At the HD frame size requested, the difference wouldn’t have been significant.”

Bringing Back the Colour

MTI Film processed the film through two stages of colour grading. An initial pre-grading stage was used to re-establish basic colour balance, while a final colour pass was used to polish the look and touch up details.

Wojtek described the fading process and how the dynamic range of the colour information can persist even when most of the colours appear to be faded from the print. “There are three colour layers on film,” he said. “Colour fading is caused by spontaneous chemical changes in the image dyes, which is why many older films prints have taken on a distinct reddish-pinkish-purplish cast, caused by fading of the cyan and yellow image dyes. In our case, the cyan dyes were mostly faded, translating to a heavy red cast.” 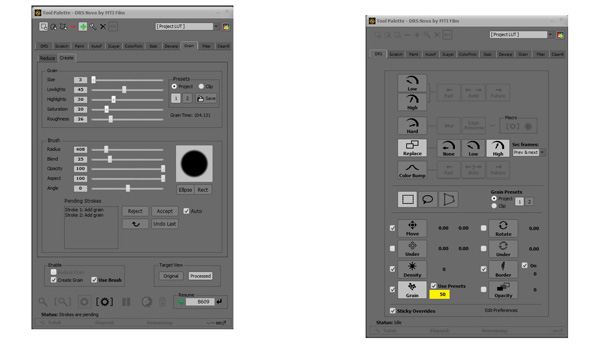 As described earlier, the 3-flash HDR scanning mode of the Lasegraphics scanner allowed them to reveal far more detail in highlight and shadows than the old transfers had shown. “Since we used the oldest available print, even its single faded channel contained more information and detail,” said Wojtek. “Although the print had also an intense flicker problem, with the new flicker tool in MTI Film’s digital restoration software DRS NOVA, we were able to solve that problem and, at the same time, restore information in the highlights and shadows.”

Wojtek said, “DRS NOVA allowed us to deal with problems quickly. As I mentioned before, the scanner took out the central scratch almost entirely but there were many frames where it had to be removed manually. The film's flicker issues had been caused by the same chemical changes as the fading and, of course, the movie was extremely dirty, had tiny scratches and suffered from general wear and tear.”

MTI aims to update DRS Nova’s functionality and add new tools every six months. After weeks of internal testing they will be showing a new version at this year’s 2018 IBC show that includes the zonal deflicker algorithm as well as a completely automatic stabilisation tool and much faster processing times using modern hardware like NVIDIA CUDA-based GPUs. www.mtifilm.com