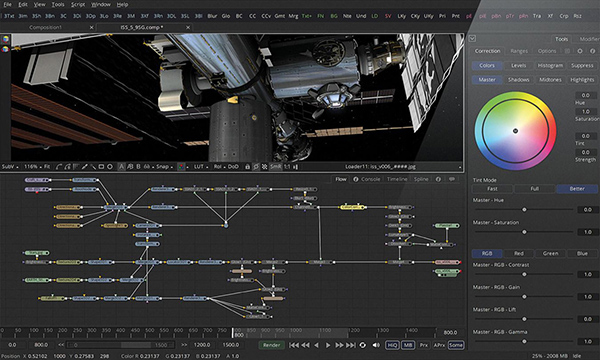 When Digital Media World spoke to Blackmagic Design's Director of Sales Operations Bob Caniglia at NAB about Resolve, he said that adding Fusion to DaVinci Resolve has required considerable effort that the company's developers continue to work on. The completion date is expected in approximately 12 to 18 months but users can start using Fusion now for most VFX and motion graphics tasks and in any case, the standalone version of Fusion is still available.

DaVinci Resolve 15 now presents post production artists, either freelance or in a bigger studio, with a different set of options and functionality than is found in other finishing or post applications by combining four mainstream applications as dedicated pages in one single piece of software. A combined software package organised in this way departs from only adding a limited set of visual effects and grading tools to an NLE, for instance, or augmenting grading tools with VFX and editing capabilities, in order to make workflows more convenient. 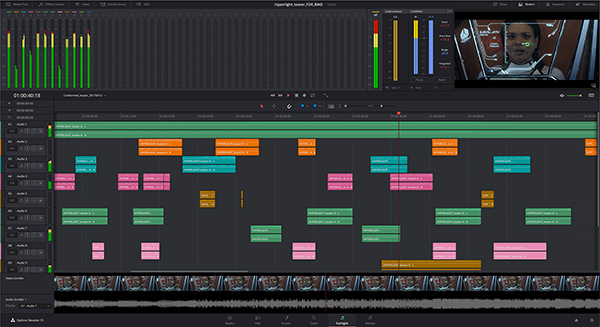 At IBC 2017, the addition of Fairlight's well known audio tools, which had been developed over many years specifically for audio post production, made a significant change for the colourists and editors using Resolve at that time. Now, the new Fusion page has VFX and motion graphics functions for work on commercial and feature film level projects. Furthermore, different types of individual users – editors, colourists and finishing, sound and VFX artists - can learn and look through all four sets of tools. Users click once to switch between editing, colour, effects and audio.

In terms of collaboration, people with different talents can work together on the same project at the same time. A DaVinci Resolve 15 collaborative workflow can speed up post production because import, export or translating projects between different software applications is not usually necessary, and work no longer needs to be conformed when changes are made. Everything is in the same software application.

The free version of DaVinci Resolve 15 can be used for professional work. DaVinci Resolve 15 Studio, which adds multiple-user collaboration, 3D, VR, a large number of extra filters and effects, unlimited network rendering and other functionality such as temporal and spatial noise reduction, costs US$299. Because this purchase price is less than any cloud-based software subscriptions, Blackmagic has not made subscription fees or an ongoing licensing plan available, nor is an internet connection required once the software has been activated.

The new Fusion page for visual effects and motion graphics animation is the major change in DaVinci Resolve 15. Fusion was previously only available as a stand alone application. It has a true 3D workspace with about 250 tools for compositing, vector paint, particles, keying, rotoscoping, text animation, tracking and stabilisation. 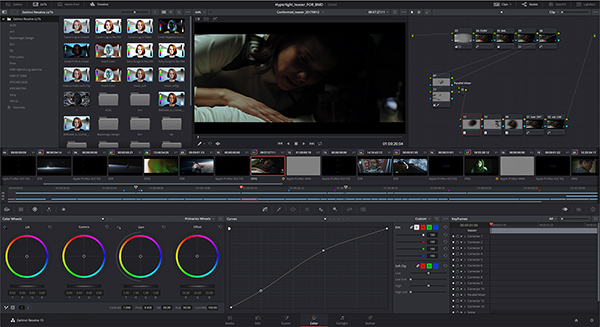 To keep Fusion running competitively inside of DaVinci Resolve, DaVinci Resolve 15 also has new support for the Apple Metal hardware-accelerated 3D graphic and compute shader API, multiple GPUs and CUDA acceleration. To add visual effects or motion graphics, users select a clip in the timeline on the Edit page and then click on the Fusion page to access the application's node based interface, which is optimised for visual effects and motion graphics. Compositions created in the standalone version of Fusion can also be copied and pasted into DaVinci Resolve 15 projects and completed there.

FairlightFX plugins run natively on Mac, Windows and Linux, which means users do not have to explicitly adjust audio plugin settings when moving between platforms. A series of new Fairlight consoles for audio post will be available later in 2018 in 2, 3 and 5 bay configurations at prices approximately 80% less than the previous panels.

For Colourists and Editors – 100 New Functions

The colour grading and editing pages now have about a hundred new functions and improvements in DaVinci Resolve 15, for example, a browser for previewing and applying LUTs quickly, plus new shared nodes that are linked so that when one is changed, all will change.
Multiple playheads reference different shots with in a program. GPU accelerated Dolby Vision metadata analysis and native HDR 10+ grading controls expand Resolve's HDR support. 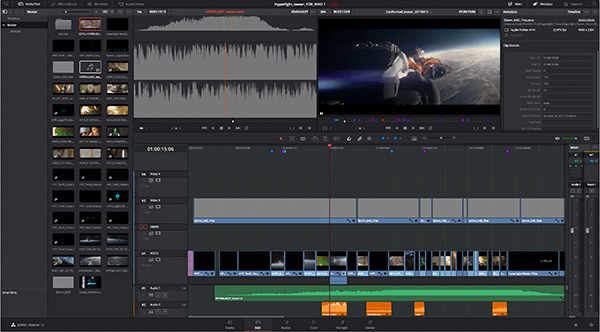 The new ResolveFX can be used to patch blemishes or remove unwanted elements in a shot using smart fill techniques. There are also new ResolveFX for dust and scratch removal, and lens and aperture diffraction effects. Stabilisation is faster, noise reduction improved, and Super Scale HD to 8K up-rezzing is also new.

For editorial, a number of updates are designed to make cutting, trimming, organising and working with large projects easier. Load times are shortened so that large projects with hundreds of timelines and thousands of clips now open instantly. New stacked timelines and timeline tabs allow you to see multiple timelines at once, and cut, paste, copy and compare scenes between timelines.