MTI Film Tells the 'Story of Us' in Living Colour

MTI Film Tells the 'Story of Us' in Living Colour 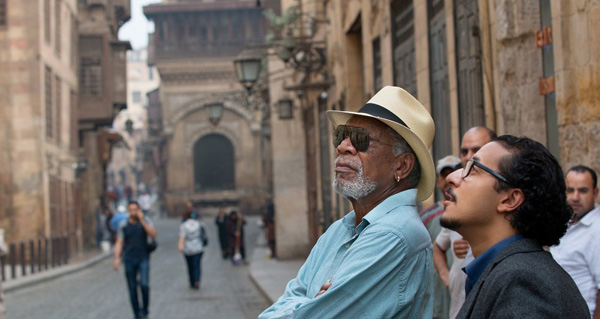 In the six-part National Geographic documentary series 'The Story of Us', actor Morgan Freeman travels the world interviewing an extremely diverse group of people, looking for “an answer to one fundamental question for humanity: what are the common forces that bind us together?”

Each one-hour episode presents a series of short, thought-provoking segments whose subjects include Angola Three member Albert Woodfox, who was falsely imprisoned for more than three decades; Joshua Coombes, founder of social campaign #DoSomethingForNothing; and Megan Phelps-Roper, a former member of the anti-gay Westboro Baptist Church. The series mixes Morgan Freeman’s interviews with these subjects alongside a wide range of supporting archival media.

MTI Film handled editorial conform and colour grading for the series, working under the direction of the series producer and post producer. MTI Film colourist Tanner Buschman had the challenge of establishing visual consistency among media drawn from sources as disparate as the interviewees. “The archival material included 16mm and 35mm film, digital and videotape,” Tanner said. “Watching clips from different sources back-to-back can be very disorienting for audiences, so we used a variety of techniques to make it look as though it was shot from the same camera. In some cases, we degraded shots to make them blend more readily.”

He also used colour to support the emotional tone of the stories. For the segment on Albert Woodfox, Tanner subtly muted the colour of interviews shot in the former inmate’s home to evoke the atmosphere of his time in prison. “We made the look quite stark, almost monochromatic,” he said. “It feels as though the walls are moving in on you. Then at the end of the segment, the colour balance shifts and the story has an upbeat resolution. Albert’s with his children and he’s become an advocate for other people who’ve been falsely imprisoned. That scene is more saturated and warm.”

Tanner applied distinct looks to many of the individual segments. In one focused on Victoria Khan, a transgender woman who grew up in Afghanistan, archival scenes are cast in severe shades of yellow and red, an allusion to her war-torn country and tough childhood. “During one of the grading sessions, someone said that those scenes actually make you feel hot,” he noted. 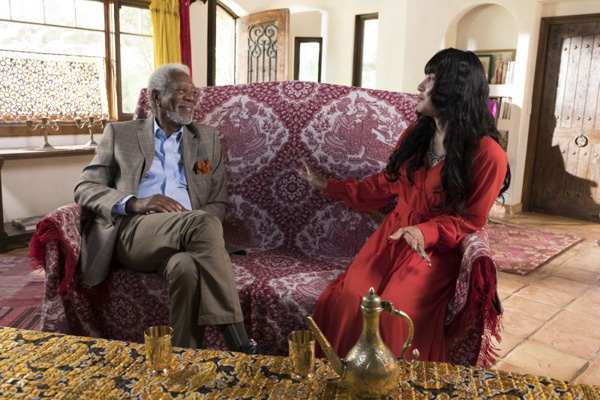 “What’s interesting about working on this series is that it lends itself to out of the box thinking. Each story lasts only a few minutes, so you can apply an extreme look and not have to sustain it for the whole hour. We get to have a lot of fun.”

Nevertheless, organisation was a substantial element of 'The Story of Us' grade. Tanner works on a Digital Vision Nucoda grading system, the functionality of which includes a non-linear timeline layout. It keeps video processing flexible by supporting and delivering multiple video and audio tracks from the same timeline, and uses timeline and shot bookmarks for organisation and retrieval. The software has a versioning facility so that you can add different versions of shots to the same timeline.

Tanner said, “I create each look and save it to a Memory file. In the GUI, I have a section with all of my Memories' thumbnails, which I can use to compare and contrast the colour palettes, as well. With that system, most of the rest of the organization is just done in my head as I move through the show.

Nucoda is especially useful for projects that are complex and need to stay organised, like 'The Story of Us' with quantities of archival media. A library manages imported and referenced material with sorting, searching and metadata handling, and the metadata extraction and sequence conforming can be automated. Like Tanner's Memories, effects can be saved and recalled using notes. Several monitors set up with different resolution configurations are also supported, to make working on complex timelines faster.   www.mtifilm.com