Colorfront Ramps up QC, Analysis and Watermarking for UHD/HDR Mastering

Colorfront Ramps up QC,  Analysis and Watermarking for UHD/HDR Mastering 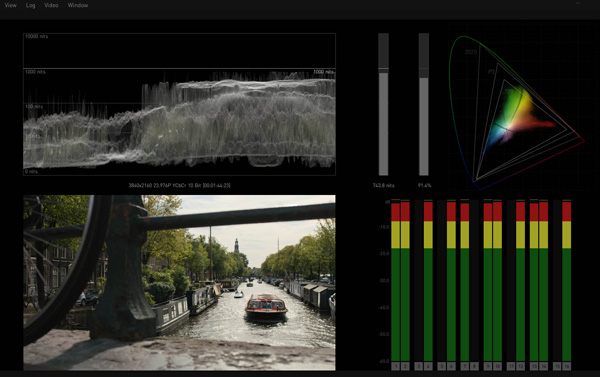 Colorfront HDR Image Analyzer and Colorfront QC Player are both powered by the Colorfront Engine to ensure colour and metadata fidelity, and are fast, robust and flexible. They employ monitoring, analysis and validation tools that are used in Colorfront’s Transkoder software, their workflow tool for handling UHD, HDR camera, colour, editorial and deliverables formats.

Colorfront developed the Engine with an ACES-compliant pipeline using the Academy's floating point colour transforms. Instead of using lookup tables in the workflow, exact mathematical function curves are employed to maintain extreme precision during colour processing. It also maintains image integrity from on-set to delivery by establishing a Master Look, based on a partial subtractive colour model. This Look is useful in compositing, owing to its neutral gray scale with a wide range colour palette and ability to balance skin tones under varying conditions.

Having a Master Look means productions start with a pleasing, balanced base picture, regardless of the original source format, without relying on technical intervention. From there the production can focus on creative concerns and develop looks that support the story. All input sources are automatically converted into ACES. Once a look is developed, it can be applied to any camera type with matching results. 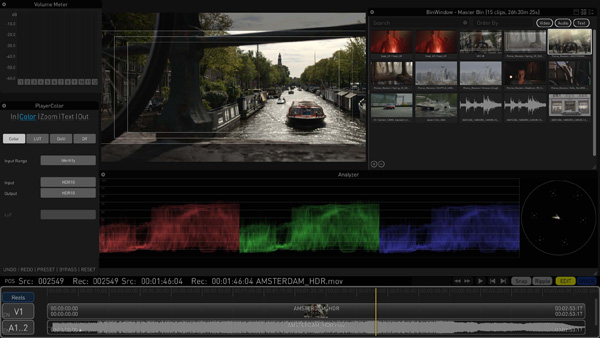 It delivers real-time support for all major RAW UHD HDR formats from the most recent digital cinematography cameras. These include Alexa ARRIRAW – both MXF-wrapped and .ARI files - and Panasonic VariCam 4K VRAW and Panasonic AVC-Intra. From Sony, it supports F55/F65 RAW, XAVC and the new Sony Venice X-OCN. Other supported formats are Blackmagic DNG, Canon C200 RAW, RED R3D and Apple ProRes plus 10/12/16-bit DPX and 16-bit TIF and Open EXR sequences from VFX or scanned content.

Colorfront QC Player is shipping now and is priced at USD $10,000, with an annual rental option of USD $5,000. In either case it includes support, updates and an upgrade path to the full Colorfront Transkoder license. The HDR Image Analyzer is set to ship later in 2017. During IBC 2017 in Amsterdam, Colorfront systems were shown at partner booths AJA, Dolby and Sony.

Also at IBC, Colorfront released a number of updates to the joint system they launched with NexGuard in 2016, which adds support for multi-layer watermarking workflows and improves  scalability and automation in NexGuard forensic watermarking. 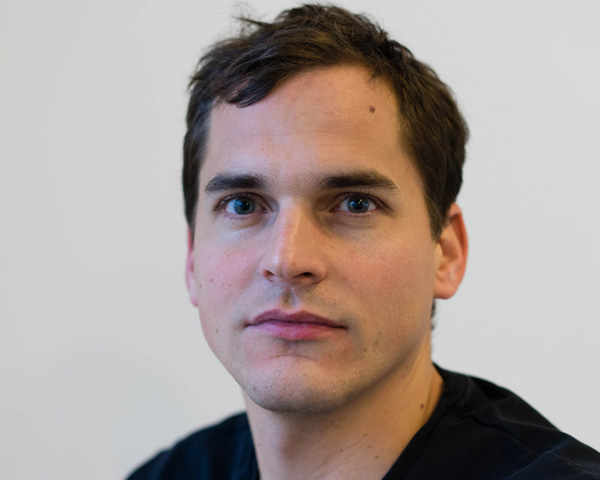 The joint Colorfront-NexGuard system protects digital content assets, particularly 4K/UHDTV and HDR, in applications ranging from digital cinema and broadcast to OTT and VOD. It protects almost any type of dailies, mezzanine and master deliverables at all stages of the production and post production workflow, while also allowing users to track the source of illicit B2B and B2C distribution.

The update also includes multi-layer watermarking support. Up to three levels of NexGuard G2 watermark layers can be embedded in any given pre-release or pre-aired piece of content by using different watermarking keys, which do not affect the robustness and imperceptibility of the watermarks. This function enables watermarks to be embedded at the ingest and outgest of post-production workflows.

NexGuard forensic watermarking adds a unique, invisible identifier to video content. The watermark remains with the content throughout transcoding, resizing, downscaling, recording by camcorder or any other alteration before illegal re-distribution.  www.colorfront.com