Foundry Talks about Lights, Looks and the Compositing Future

Foundry Talks about Lights, Looks and the Compositing Future 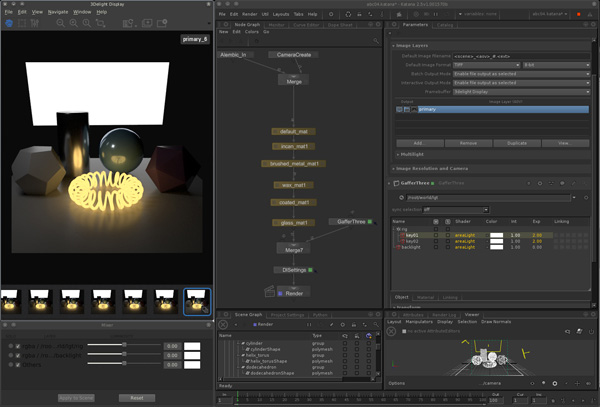 Foundry made a number of additions and core changes to their software at SIGGRAPH this year. To better understand the nature of these updates, Digital Media World asked their development team about the motivations behind them, and potential advantages for artists. Their answers are generous, interesting and sometimes surprising.

One of the top changes is the new 3Delight interactive render plug-in for Katana v3.0, which joins several existing rendering plug-ins for Katana including Renderman, Arnold, V-Ray and Redshift. Although the original 3Delight was first released in 1999, Foundry explained that the new version now in Katana has been in development over at least the last two years. The result is that Katana and 3Delight compliment each other’s strengths and weaknesses – the whole point of any good integration.

Foundry remarked that although Katana is powerful and flexible, it may not feel as approachable as other tools. This new generation of 3Delight is powerful enough not to limit Katana, instead emphasising ease of use. The live rendering, for example, is very flexible, and the Global controls use a single sample control so that the user can concentrate on lighting, Katana's specialty, not about debugging complex sampling relationships. This simpler sampling control drives the automation that handles these complex relationships for the artist.

In revisiting Katana's strengths as a lighting and look development tool, Foundry mentioned the means to work on large complex scenes, high volumes of shots and sequences of similar shots. Katana supports all of those scenarios, either alone or in various combinations, and also makes them manageable by smaller teams of artists than normally take on this kind of work. In this way, Katana can open up new possibilities for teams.

3Delight's strengths include its interactivity. While other renderers support live rendering, the depth of 3Delight's interactivity balanced with ease of use without sacrificing power, speed or capacity, is unusual. The introduction of the Nodal Scene Interface emerged, in fact, from the realization that their previous rendering APIs did not readily support the new demand for highly interactive live rendering.

In short, the complimentary abilities of the two tools, the artist focused approach and the rapid speed of development are what led to integration of 3Delight at this time.

Other news about Katana 3.0 is its ability to express materials with a network of open shading language (OSL) nodes, instead of using technical controls. Using these nodes removes some of the decision-making usually involved in look and shader development, work that traditionally means choosing between two methods. 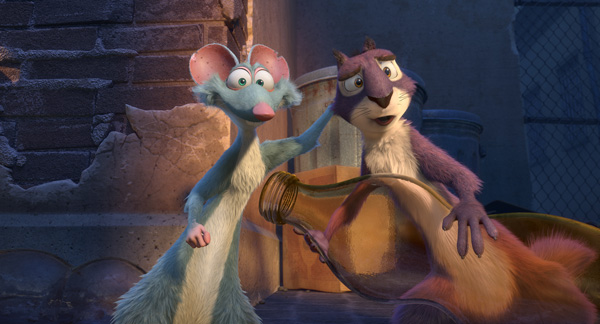 One of those methods uses a very complex shader, an Uber Shader, built with many different controls driven by texture maps and numerical values that affect internal definitions of procedural textures and shading functions. The shader author has to make assumptions about the possible needs of the look development artist. Results may be more consistent by forcing all artists to use the same set of tools, and tools updates become simpler, but the artists sacrifice flexibility.

The second, more common method is connecting various shading nodes together to create a complex look. Individual artist can use their skills in procedural textures, custom tools and texture maps to be more creative. The extra flexibility, however, requires managing the look development consistency, pipeline stability and so on.

Foundry says that OSL nodes in Katana give users the best of both approaches. A shader author can create tools that are robust enough for artists to plug together in a network themselves – in other words, a completely customized pipeline with artist flexibility. Katana itself actually allows a TD to put together a set of shading nodes combined with a limited set of controls, similar to an Uber Shader. This Network Material with a custom interface is the blend of the two ideas and balances flexibility and pipeline stability.

Another notable aspect of the OSL update is that at least some of the user's effort can be reused between different renderers, compared to what can be done with a shading language that is proprietary to a particular renderer engine. 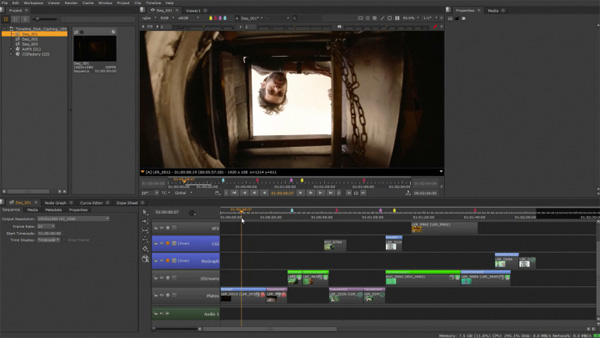 The launch of Nuke 11.0 at SIGGRAPH sparked thoughts on the idea that, in some ways, compositing seems to have taken over the VFX pipeline. Composting is where all of the pieces come together and, as projects become more VFX-driven, compositors are called on to do more, faster, and to be involved sooner in the workflow, influencing the end result from earlier stages of a project.

in recent years, Foundry has tried to add tools to Nuke and NukeX that take care of the heavy lifting in day-to-day compositing tasks, like tracking and clean-up, and reduce the need to pass work back to 3D and lighting teams. Compositors are better equipped to maintain creative intent and be more efficient.

Deep compositing in Nuke is a good example of this, retaining extra information when rendering 3D elements that allows elements to be combined not only in front of or behind each other, but at intermediate depths. Compositors can use this information to keep more creative control and have more choices, without having to re-render. For example, if you are moving a character through rendered smoke, you can take advantage of changes in density in the smoke at different depths to create the exact look you need, inside Nuke.

Because Deep compositing generates a large amount of data, file size and processing speed can be a concern. But developments in compute power, storage and  cloud computing have seen the use of Deep compositing increase.

For the core compositing tasks like paint and cleanup, new workflows are evolving that help  accomplish these tasks with less manual work. Nuke 10.0 introduced the Smart Vector toolset in NukeX, for example, which uses motion vectors to speed up complex cleanup tasks on video with subtle or organic motion that would be very time-consuming to track using traditional methods. 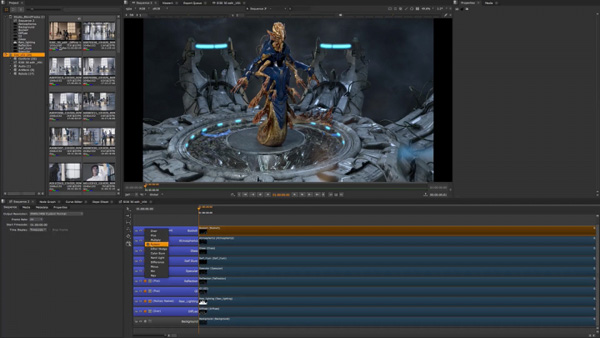 With Smart Vector, you can paint or add a texture to a single frame and then warp the patch over a series of frames. Foundry has seen artists use the tools on beauty work, adding and painting out blood splatter and creating animated tattoos. In Nuke 11.0 the Smart Vector toolset was updated with a new Blur knob that extends the effective range to a larger number of frames and allows the Smart Vectors to be generated on a render farm or in the background, making the toolset even faster to use.

Foundry has also noticed that as compositing work gets more diverse and projects become more complex, compositors are less likely to tackle shots on their own. Instead, several artists or even several facilities are contributing. Consequently, team efficiency and collaboration are areas the developers have focussed on recently. Nuke Studio adds a timeline environment on top of NukeX, helping to manage multiple shots and distribute work efficiently. At the same time, artists can review work created by their team and make tweaks to compositing scripts, all within the one package.

Nuke Studio may also be used on set to set up quick slap comps and preview VFX sequences. The purpose of the timeline is to help VFX artists spot inconsistencies between shots sooner and show how their work fits into a project, compared to working in isolation on single shots. 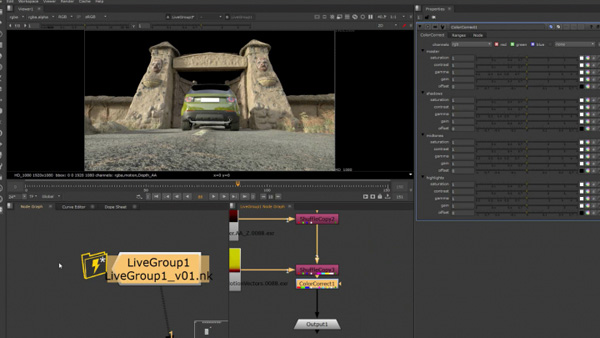 In Nuke 11.0 Live Groups was added so that artists working on the same shot or project can share work without rendering intermediate steps. Changes made to a Live Group can be automatically propagated across any scripts that reference that Live Group, pushing changes through a project quite easily. Foundry's developers anticipate that Live Groups has the potential to substantially change the way teams work with Nuke. Example applications are sharing camera data across a project, or breaking up a scene into foreground, mid-ground and background layers that can be worked on simultaneously by different artists. They are looking forward to seeing how it will be used in production.  www.foundry.com