Jogger Studios Blooms in London from Production to Colour

Jogger Studios’ diverse team takes on projects ranging from commercials, episodic television and music videos to film and branded content. Services avaailable include VFX and motion graphics, colour grading  finishing. Their artists are located at facilities in Los Angeles, New York, San Francisco and now London, where the team is led by Andy Brown. London is also the first of Jogger’s studios to include a Baselight grading system and has appointed a new colourist, Yoomin Lee from Australia.

Within the same premises, Jogger works alongside Cut+Run, a group of offline editors who are, like Jogger’s artists, experienced in commercials, promos, short films and other short form content. Cut+Run has been in operation for over 20 years and now has offices in the same cities as Jogger - London, New York, LA and San Francisco. By sharing the same building, the two companies can move all media and offline assets directly from the edit suite to Baselight, Flame and the motion graphics department via an internal network. 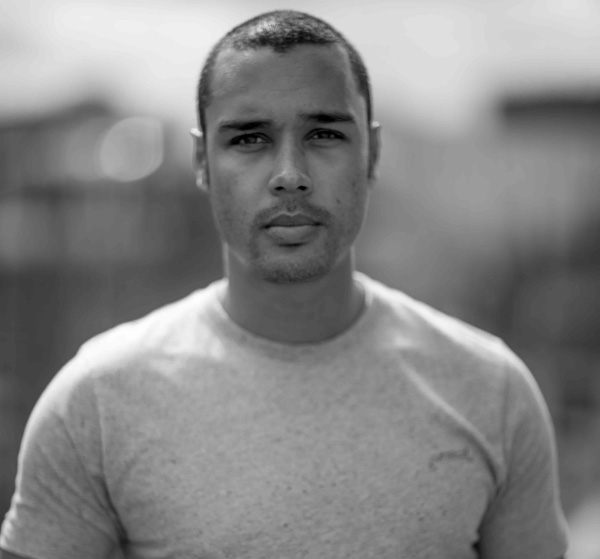 Jogger’s producer Glen Percival (image above) said, “Working as an integrated facility works really well for us. Because we always have the rushes available in house for the editors to work from, we are usually able to get a head start on the grade, sometimes even before we have a final locked cut. Being a one-stop shop is also an advantage for clients because it helps us meet shorter and shorter schedules and deadlines.

“We’re set up to work on and share projects on Avid, Final Cut, Premiere, Flame, Flame Assist, Flare, After Effects, Cinema4D, 3ds Max, Photoshop - all the industry standard tools. Jobs and material can move around fairly easily. You just have to keep organised. Sometimes we might have more motion graphics on a particular job, other times it will be VFX heavy. Every job is different.”

Glen Percival said that the decision to invest in Baslight was in fact driven mainly by the market. They had another system available previously but when given a choice, clients were more interested in the Baselight. It is versatile and stable, with enough power to handle pretty much anything they throw at it.

“The fact that we can carry out finishing from the edit through to delivery appeals to clients,” he said. “They like the speed and flexibility of the system as well, and its ability to handle all of the new camera formats and codecs. They also love the reliability - there is so little down-time. Upgrades are easy to install and if we ever do have a problem, support is able to get things sorted really quickly and easily.”

Fairly often in his experience, Glen sees post houses getting involved in a project before production begins, usually when the treatment has a post-heavy approach. In particular, VFX shoot supervision is normally an opportunity for them to estimate the work needed and also means they can advise clients on the best way to shoot, and guide them creatively to achieve the desired results. 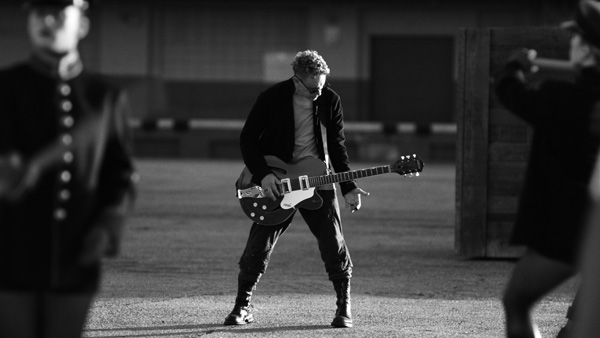 “But clients often feel more comfortable moving into production with us alongside to make sure that the post pipeline will work within the allotted schedule. From my point of view, a major advantage of the Baselight in the workflow is that, despite the multiple formats they might be supplied with, when the graded footage is output to conform and work with, it can all be in the required format and colour space.”

Aware that the film industry continues to evolve rapidly, keeping current with emerging approaches, tools and workflows is an on-going part of Glen’s work. He believes that the secret is getting involved with as many different projects as possible. “If you keep that variety going you’ll keep learning and developing. No two projects are the same, so there’s always something new to deal with. If you have commercials, episodic TV, film and branded content all working their way through the facility, then you will be coming up against new and interesting challenges every day. Keep your finger on the pulse.” 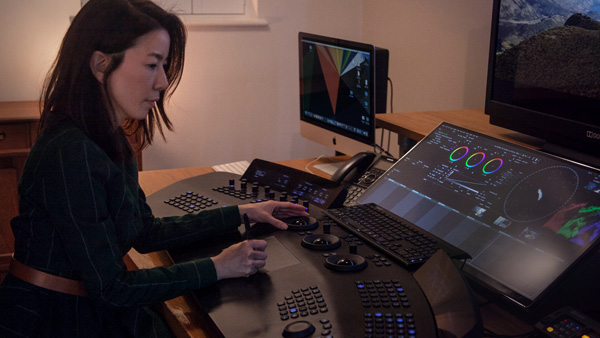 The main push at Jogger now, of course, has been aligning the different offices to work more closely together in order to take advantage of the fact that they have 14 Flame/Flame Assist seats across the four offices. These resources mean they are ready to take on bigger projects, from start to finish, but their most valuable resources are people.

Jogger’s new colourist Yoomin Lee talked about how she began working in her field after studying film and working on a film production. “I got a job as a runner through a friend who was a 3D animator at Frame, Set & Match, a post house in Sydney. I was fascinated with all the machinery - we had ITK Millennium Telecine, Da Vinci 2K and Baselight - and got to know about colour grading. I used to monitor what colourists did to the images in the tape room, and it fascinated me. It was like the process of painting - creating light, contrast, mood and texture," she said. 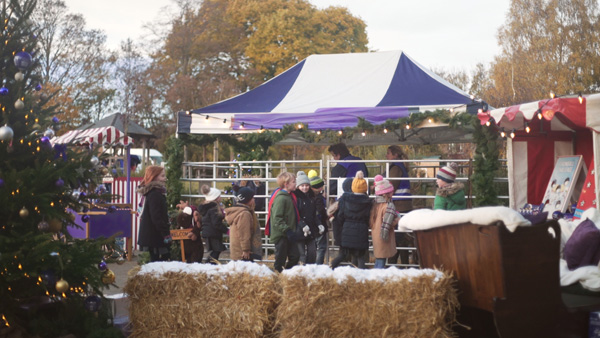 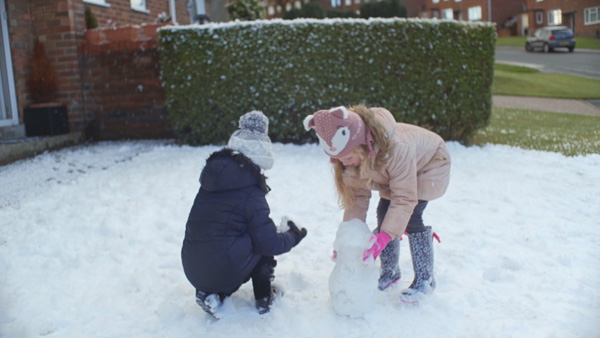 “I asked one of the senior colourists, Scott Maclean, if it would be all right to sit with him, and I started to learn while lacing up film for projection. Then I got promoted to a telecine assistant and I learned a lot from two great colourists - Scott as well as Christine Trodd. After that, I moved to several major post houses in Sydney and recently joined Jogger Studios in London.”

Over the last ten years, Yoomin has been fortunate to have found opportunities to work with talented, passionate people on some high profile campaigns, resulting in an expansive portfolio of work. She said, “It takes time to build relationships with your clients but once you understand each other well, it makes the whole process a lot easier. I was lucky to have regular clients who let me be a part of their projects.” See her reel here. 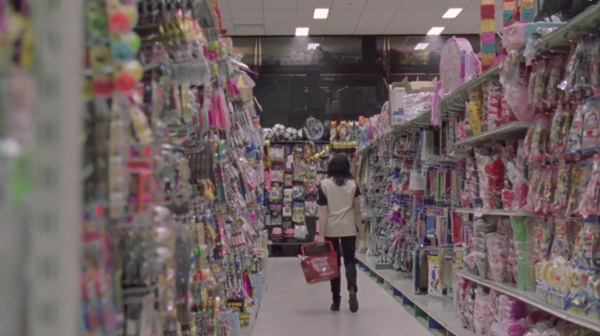 Yoomin notes that the post production environment has changed considerably since she started her career and says that although there are many ways these days to train yourself as a grader with accessible software, she strongly recommends getting into post houses with any entry level position.

“It is very valuable to learn from experienced colourists, and you get to learn a lot while you assist. Obviously, when projects are well lit and shot in the way they are intended to look, it’s easier to grade. But most of the time, I feel grading is more about communicating. Colour is such a subjective element, you never know if the other person is seeing what you’re seeing, so it’s easier to grade with clients who I can communicate with well," Yoomin said. 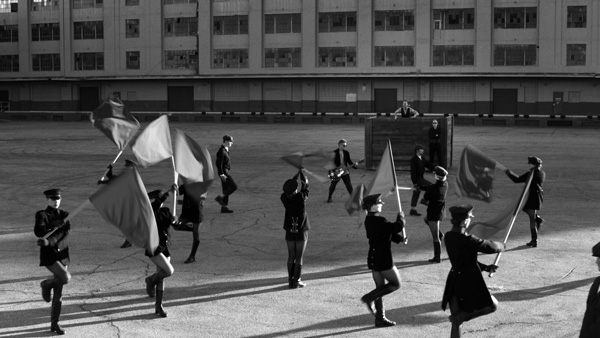 “I personally enjoy any project that allows me to give my input, and push myself further. I like working with people who have aesthetically similar views, too. Recently, for example, I graded a Depeche Mode music video directed by Anton Corbijn. It was black and white, and I totally enjoyed working with Anton who has a great vision as a director and photographer. We also recently graded a Cadbury Christmas campaign that we delivered in so many different versions with a quick turnaround. Using Baselight helped us meet the deadline.

“To me, Baselight is by far the best out of all the grading systems that I have used. To achieve the same goal, I can save a lot of time using Baselight’s functions. It’s good to not feel limited or compromised within a narrow time frame - especially on TVCs. In general, you can push a look so much with Baselight without breaking the image. It’s very subtle and intuitive in enhancing colours and tracking is superb.”   www.filmlight.ltd.uk