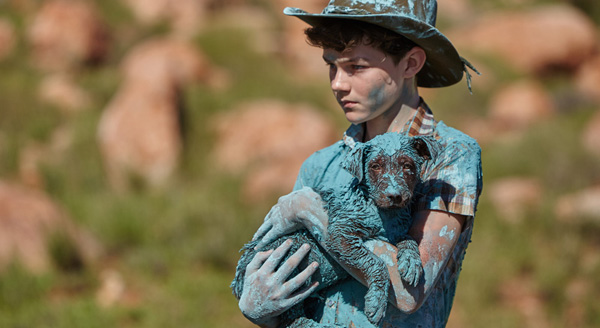 Colourist Deidre McClelland, CSI, at post-production studio Soundfirm in Melbourne has graded the recent movie ‘Red Dog: True Blue’, the sequel to the original film ‘Red Dog’ made in 2011. The production team of the first film, director Kriv Stenders, producer Nelson Woss and writer Daniel Taplitz, returned for the second project, although Deidre was new to the title.

The story follows 11-year-old Mick after he is shipped off to his grandfather's cattle station in the remote Pilbara region of Western Australia. He prepares himself for a dull life of hard work but instead finds characters, adventure and friendship with a scrappy, one-of-a-kind dog who grows up to become an Australian legend. The movie opens in Australian cinemas on 26 December 2016.

Kriv Stenders brought a mood board to the grading sessions with his family’s images from the region in the 1960s to show Deidre. “They included family photos and images of the landscape, and they all had the unique look that Ektachrome or Kodachrome can bring to an image - strong colour and glossy blacks,” she said. “Paintings by aboriginal artist Albert Namatjira were also used as a reference for the incredible reds and oranges of the earth, the blue of distant hills and the sage green of the gum trees.” 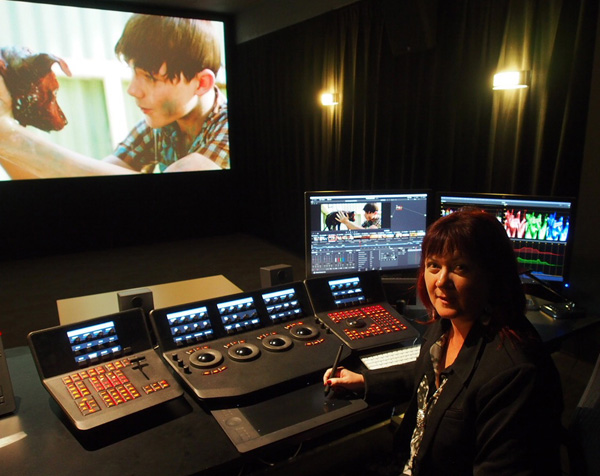 Nevertheless, the DoP Geoffrey Hall didn’t shoot on film but digitally on ARRI Alexa and RED Epic Cameras with anamorphic lenses. He aimed to work within the authentic colour palette of the Pilbara, where they shot in the region of the story. Geoffrey also remarked on Kriv’s images, which helped them capture the colours as correctly as possible.

Deidre worked on a Blackmagic Design DaVinci Resolve Studio grading system at Soundfirm. At times, she wanted to emphasise vibrancy in the images to reflect Mick’s adaptation to the harshness of desert life. Warmth needed to overcome the dryness as Mick gets used to the landscape and befriends the dog, and the audience becomes more familiar with the intense colour and heat.

“The Pilbara’s colours were hard to believe at times but, although they seemed extreme, they were true to life. In many scenes I questioned whether the colour had been heightened, particularly sunset and sunrise, but it had all been there to begin with - Geoffrey Hall had captured it accurately. It was just a matter of accentuating it in the grade,” Deidre said. “Continuity between the two movies was very important to the producers.  Because the desert landscape had changed due to substantial rainfall since the previous movie, we reduced the green in some places.” 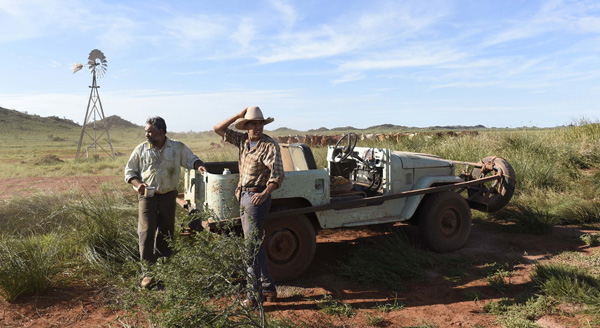 McClelland cites careful use of Color Boost in DaVinci Resolve Studio’s Color Match palette as a great way to get the most out of the colours of the outback. Color Boost just affects the less saturated parts more than the more saturated parts, whereas a conventional saturation control intensifies the more saturated areas. “The midtone detail was very helpful when trying to get the skin tones looking the way I wanted them. We often faced the dilemma of extremely different skin tones in high-contrast light between Mick and the station hand Taylor Pete, who wore a signature cowboy hat that shaded and further darkened his face. The tracking in DaVinci Resolve Studio makes adjusting a face and tracking it across the frame quite efficient,” she said.

When the story returns from the 1960s to present day, a new coolness contrasts with the warmth of the Pilbara and nostalgic looks of the past, introducing a sense of reality with a sleeker, cleaner look. Cityscapes and new house interiors have a crisp, cool feeling. Darkness was also used to add a sense of dread where necessary, and brightness to uplift the scene when Mick finally leaves the cattle station.

Reels were stored as separate projects, which allowed additional background work while Deidre graded. “A red earth power grade bin was created so that when Kriv wanted to check the shots, he could refer to one I had saved from another reel. I was then able to do a split between a still from reel one alongside reels two through five to see that they all matched. As we switched in and out of present day to the past, it was important that the skin tones of the boy and his dad in a night scene were the same each time, so another power grade bin was created for their close ups,” she said. 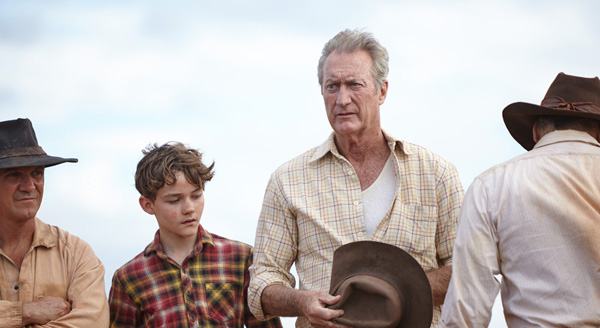 “A beautiful but emotional scene with Grandpa and Mick needed the characteristics of a Rembrandt painting - dark, warm wooden tones, intimate and cocoon-like. With the use of vignettes and specific areas of dark and light, this scene has a very delicate beauty to it,” Deidre said. “Scenes that need to be dark enough to be mysterious but light enough to read expressions are always a bit of a challenge. When Mick loses his torch in a cave, I had to ensure the best of both worlds. Lifting the brightness in areas that were not exposed to begin with can introduce noise. DaVinci Resolve Studio’s noise reducer was a great help and solved the problem without compromising the image.”

In another scene, the grandfather’s face is backlit and under-exposed under a hat, and Deidre needed to stretch the look to read his face. “Because of the complicated shape, it wasn’t possible to both rotoscope the background and keep detail in the sky behind him. My solution was to introduce some sky from another shot on another layer and do a very soft edged key to bring through the rays of the sun,” she said. “A scene that was supposed to be sunset through the trees had similar treatment. I graded it so that the sky became overexposed and, using another sky from an earlier shot, I keyed in some sunset clouds.” 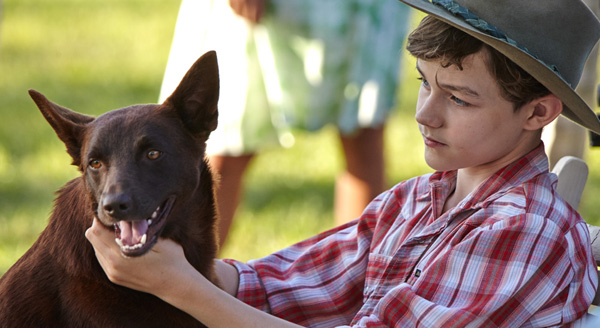 Deidre also used the software’s Custom Curves to control the areas of the frame that became saturated, without impacting the less saturated parts. “A dramatic fire sequence was followed by shots of exhausted and soot-covered fire fighters and station hands,” she said. “Through the smoke and dust, they looked partly charred themselves. To enhance the sooty, dirty feeling, I used the Lum vs. Sat curve, which saturates portions in the highlight midlevel shadows, to give the darker areas a very black look. It is a great tool to give a really ‘grimy’ look to things.

“With so many different looks to define and keep track of, this ability to create several versions and display them on the screen for the client to assess was a great help. Also, creating several power grade still bins was handy to carry stills of similar shots into the next reel, as well as the grades.”  www.blackmagicdesign.com