FuseFX Strikes a Pose in Post with VFX for FX Series 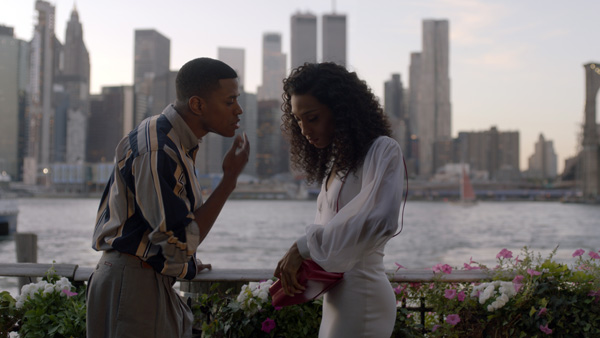 FX television series ‘Pose’ dramatises the Black and Brown Queer and Trans culture, scene and community in New York City in the late 1980s and into the early 1990s. Family, the AIDS crisis and finding a home within a society that rejects them, are central themes of the show. The episodes follow the diverse, colourful lives of the main characters as they seek recognition within their culture and support each other.

FuseFX VFX Supervisor for ‘Pose’ was Brian Kubovcik, who has been working on the show since Season 1 and into Season 2. The team started preparing for the third and final season in February 2020 but production had to shut down after the first week due to corona virus, only reconvening in September that year.

The shoot ended just six weeks before before the series went to air, and was still in post production as the first episodes went to air. The greatly shortened amount of time the production had to complete the series affected all decisions, from filming to post. 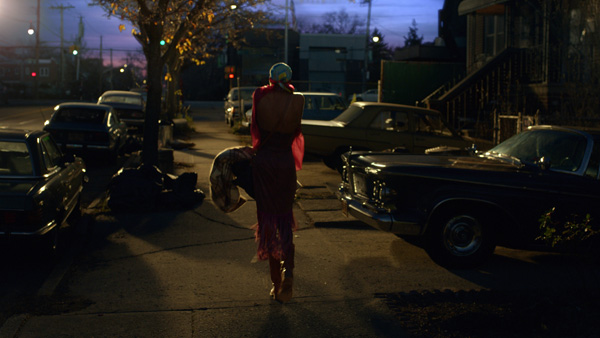 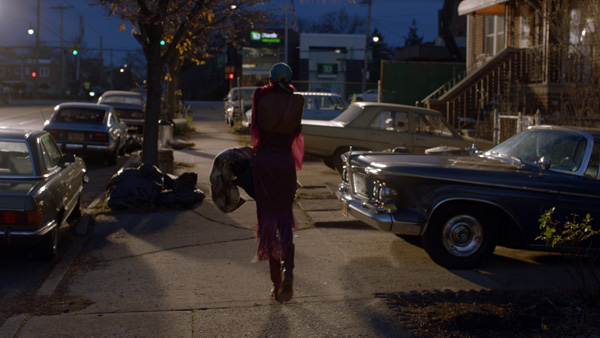 An important aspect of working on ‘Pose’ for FuseFX was that the series is based on real events and people from the recent past. Authenticity and a feeling of being close to the world of the characters and their concerns was critical for everyone involved with the project. Brian said, “The characters in this show are charismatic and demand the attention of the audience, watching their performances, costumes and personalities very closely. Our job was to let them take centre stage, while we kept our work invisible and in the background.”

The series was shot on location at several places in New York City. The main setting for the story is the Bronx, often in somewhat rundown, worn looking venues. The production found appropriate shoot locations and FuseFX then enhanced the look in post.

The team were also adding and removing elements from the environment, using 2D compositing techniques, to return it to the contemporary mid-1990s look. For example, the Twin Towers would would have been an outstanding feature of the Bronx skyline at that time and had to be replaced in many shots. To save time, they relied mainly on 2D techniques for this kind of environmental work, including buildings, reserving CG for trees, minor structures and cars. 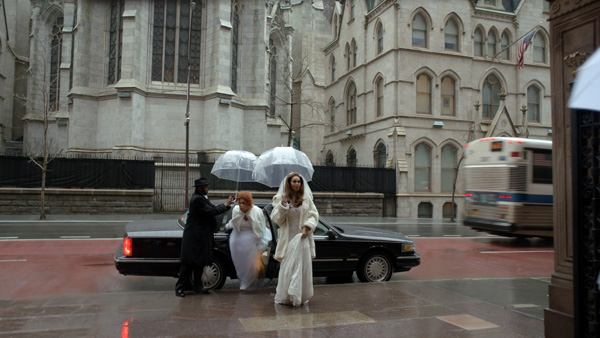 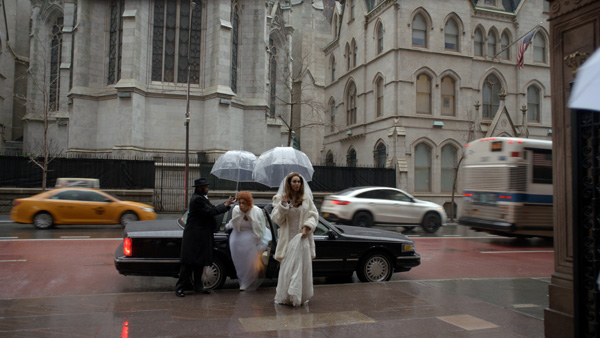 Bike lanes had to be removed, as well as the citi bike racks are that are everywhere across New York City now. To avoid having to remove every single rack from shots, they artfully concealed some behind rubbish bins. Many types of signage looked different in the 1990s, including the flashing Walk/Don’t Walk traffic light signs. Security cameras had to be removed from street shots as well.

“A feature of shooting any project in New York City is that you don't have much control over the traffic and street activity – at any hour. We tried for clean plates but clean-up was a continuous task for our team,” Brian said.

Some of the most impressive sequences for each season of ‘Pose’ have been the ballroom scenes when the production would pack up to 150 actors onto the set with the cast and crew, which meant that augmenting actors to form a crowd hadn’t been an element of post production for Seasons 1 and 2. But packing extras onto the set for crowd sequences wasn’t possible in September when shooting started again. 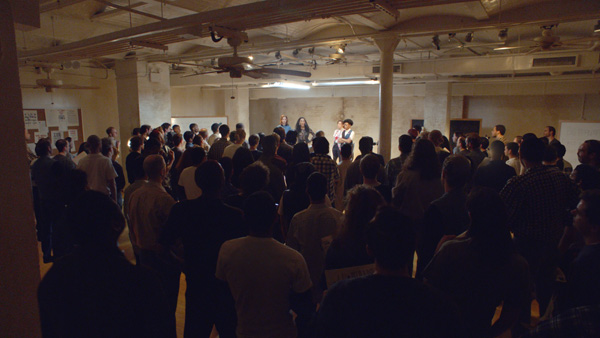 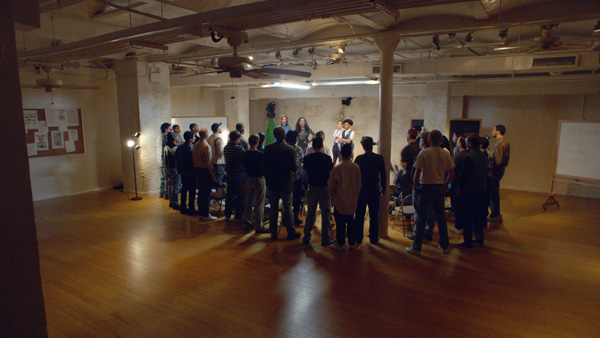 Taking on the crowds, Brian and the team at FuseFX decided the best approach would be 2D crowd duplication and compositing, given their limited timeframe. They supervised the shoots for those sequences, estimating the minimum number of people they would need in camera to work with in post to achieve the desired effect.

“Digi doubles weren't ideal because of schedule and budget restraints. Our tiled crowd extension method used a base of 30 actors shot in passes to be combined in post. In our scenes depicting meetings of the ACT UP activist group [pictured in the article here], we were able to take those 30 background actors and make them appear to be 150. 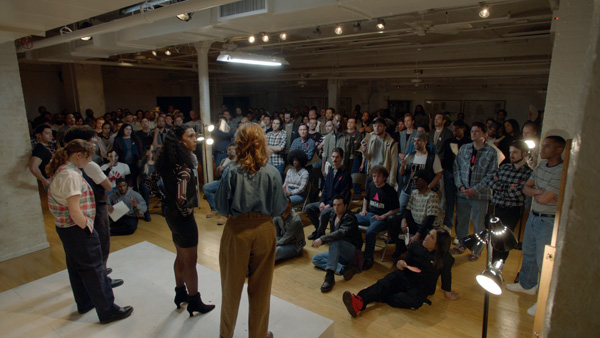 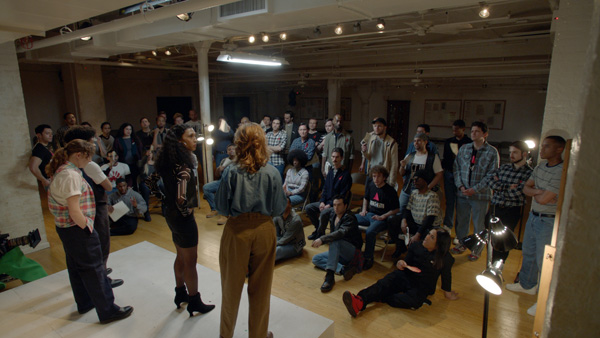 “In the larger ballroom scenes, for our base plates we arranged about 40 extras in a horseshoe formation and then set up locked off cameras in strategic positions – carefully angled horizontally, high and low – for the editors to choose from. With the footage of the extras from the cameras, during compositing the individuals could be replicated, manipulated and inserted as 2D elements into the plates that the editors chose.”

Out in the Streets

Keeping an eye on authenticity, FuseFX worked with the Art Department to find accurate visual records of how scenes around New York should look. A major theme is human rights activism because several characters either become HIV-positive or are living with AIDS as the story unfolds. Some become AIDS activists with the ACT UP political group.

Therefore, one of the main references FuseFX shared with the Art Dept was the film ‘How to Survive a Plague’, a documentary about activists, ACT UP and other groups pushing to change legislation regarding treatment for AIDS victims. Although a documentary and not a drama, it helped capture the look of the action in the street and of the era generally. 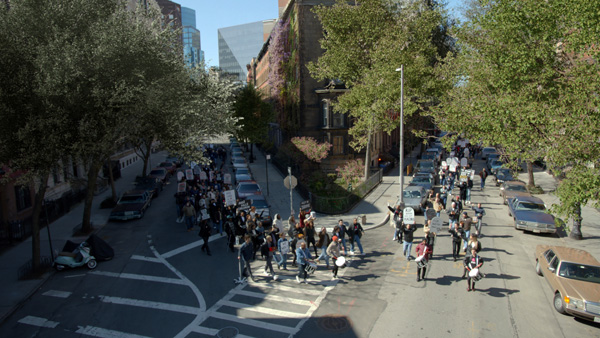 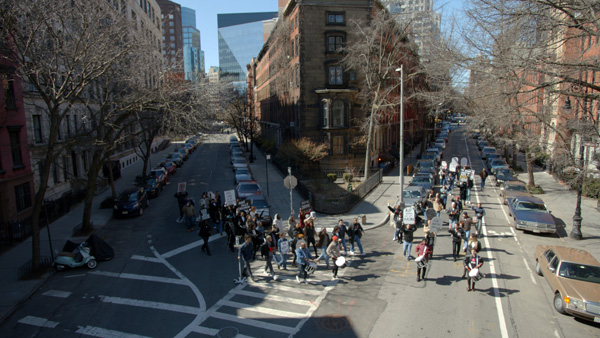 For these parts of the film, it was essential for the team to work with the Production Designer and Greens Dept, on top of the ongoing work with the Art Department. They had planned to shoot the street scenes in summer with the trees in full leaf but autumn had set in by the time production resumed, under denuded trees. The forced change in season called for creative decision-making to meet the story requirements.

The artists rotoscoped trees from the plates and added CG trees, procedurally populated with leaves using simulations. Fortunately, they had mainly bright days for the shoot, and the seasonal nature of the light could be altered with colour grading. The presence of sunlight cast shadows from buildings which they augmented with digital shadows cast from their leafy digital trees for continuity.

A Moment in History

One other important focus was architectural history. The team carefully studied the buildings of the Bronx, Brooklyn and Manhattan, changing over time, so that they could control and preserve the existing environment as necessary. It was a task Brian enjoyed. 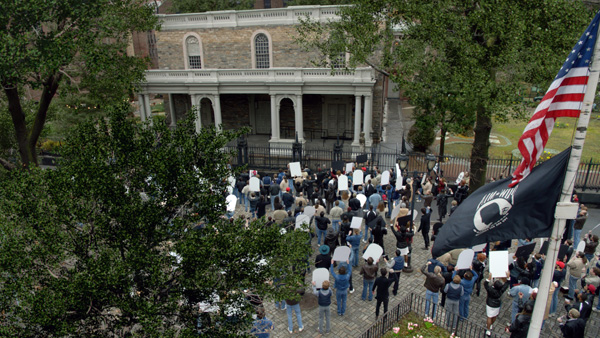 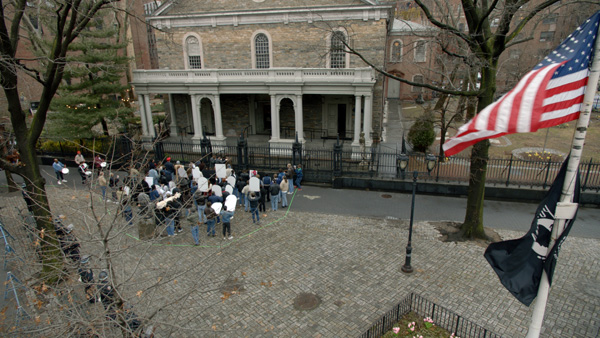 He said, “High wide establishers were a key part of the look for the show. Drones were not permitted within the NYC area, so we would create shots starting with whatever we could find, ranging from recent and historical photography to stock footage from varying years. But all required lots of adjustment for light and angle, and researching every building to determine its age.”

Commenting more about the photography, Brian said, “Camera work varied a lot between steadicam, dollies, cranes – whatever was needed to achieve the shot. The production often filmed outdoor shots at night, which made it easier for us to match the lighting in the 2D elements. Otherwise we would capture HDRIs to guide the compositing.

“While we're often working with camera crews, this project was remarkable for the level of interaction we had on set with Production Design and the wider team of set dressers. It was very enjoyable to be part of an expanded team of enthusiastic, talented people, and beyond that there was a feeling of recording a watershed moment together in the history of New York’s ballroom scene. It was an honour to contribute to the culture of one of the city’s many contrasting communities.”  fusefx.com