FuseFX Flies with ‘The Flight Attendant’ 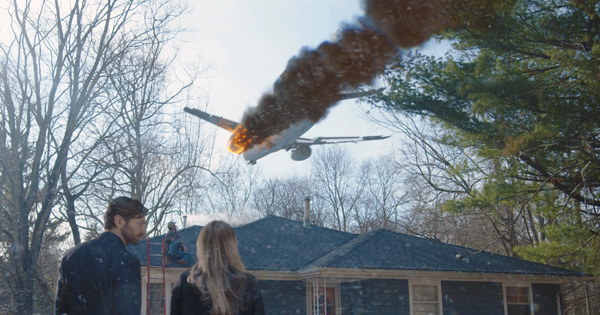 HBO Max series ‘The Flight Attendant’ is a thriller with a darkly humorous edge about Cassie Bowden, a flight attendant who wakes up in an unfamiliar hotel in bed with a dead man named Alex whom she scarcely knows, and no recollection of what has happened. The show is based on a novel by author Chris Bohjalian.

As Cassie is pulled into a complex story of murder and intrigue, photoreal visual effects by FuseFX transport the viewer into her disorganised state of mind. She struggles to remember what happened and, when she becomes a suspect herself, discover the identity of Alex’s murderer and of Alex himself. She visualises stray memories, fantasies and people who aren’t there, trying to piece together the events unfolding around her.

From a giant CG rabbit to views through hotel windows, revealing an altered past reality instead of the city skyline, FuseFX’s visual effects help the audience share Cassie’s world. Other VFX elements help set the stage for the story, including CG airplanes, explosions, fire, snow and blood enhancement.

John Miller and Greg Anderson were FuseFX’s on-set VFX Supervisors for the series. Production started at the end of 2019 but had to stop due to the pandemic, restarted in August 2020 and finally wrapped in early November before streaming at the end of that month.

The team’s brief was to create Cassie’s inner visions and allow them to inhabit the existing world, using absolute photorealism. John said, “Effects that feel real to an audience aren’t an unusual request for us, but these had to continually surprise viewers as well. As Cassie drinks more than she ought to, and does not trust her memory or her hallucinations, we had to show graphically her efforts to put her thoughts together – in the real world.”

Working with the entire production team was especially important for John and Greg on this project. “We had a noticeably tight production group – all of us were thinking on the same page to a high degree. In pre production we helped break down the script to pick the scenes that would need effects and where they would most help the story, which relied on lots of discussion,” said John. 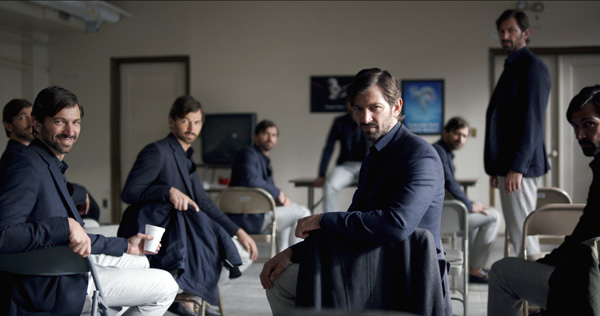 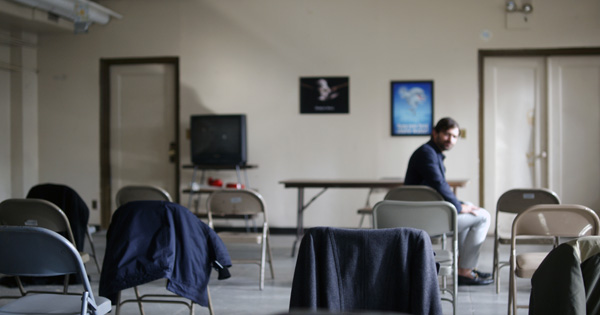 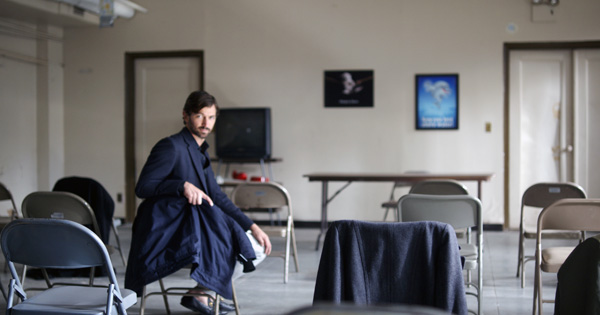 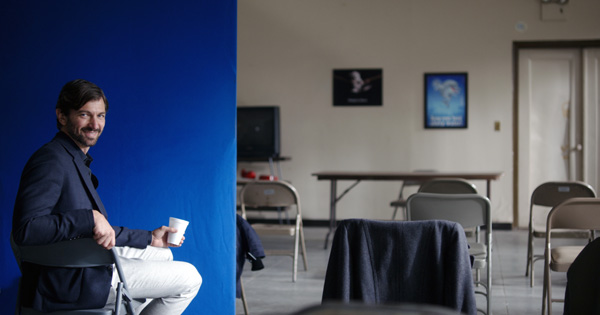 ‘The Flight Attendant’ was shot mainly in New York City and suburbs, and in Bangkok and Rome for a few key sequences. Greg and John supervised in New York, where both of them are based. All shoots were planned in detail, aiming to achieve in-camera a fair amount of the VFX work relating to Cassie’s character, meshing photography and the camera movement with the effects.

A challenge for the two main cinematographers, Adrian Peng Correia and Brian Burgoyne, was that the demand for that kind of stage work increased as the series progressed. “There was extensive green screen set-ups for hotel interiors,” said Adrian. “We had limited stage space, so we would carefully balance the need to keep the screen close enough to fill the frame, with efforts to minimise spill.

“Also, working in the New York City area during winter can be unpredictable, not so much because of the cold but the limit on daylight hours and the dramatic changes in the winter sun. We’d have to balance the windows and then improvise when the sun changed – a lot of sticking and moving, knowing your key and fill ratios and always doing the calculations in your head to avoid having to fix the look in DI.” 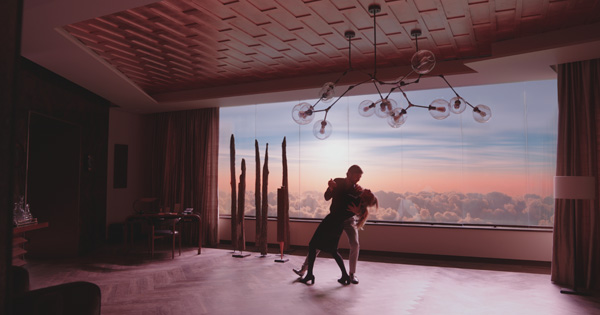 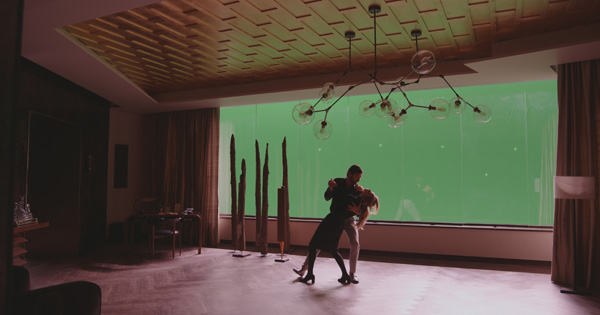 John said, “Window exteriors went beyond creating simple replacements. These were Cassie’s hallucinatory visions, calling on us to make the present moment Cassie is living through meld with the dream footage. Initial grading was also part of it, before sending shots to the colourist for the final grade to really pull everything together.” As well as controlling green spill, the artists needed to manage reflections on glass and mirrors in both worlds and manage shadows and light shining from Cassie’s real and imagined worlds.

They used their regular pipeline based on 3ds Max and Nuke. Compositing was the single most important skill, not so much which tool the compositors were using as how they used it, for looks, for integration and for controlling the way each memory or fantasy sits within the story. A cloudscape needed to look dreamy and romantic, and a childhood memory must look as if it lives in the past. Cassie might have a role in a particular memory, as well as stand looking on from the real world, while also imagining the dead Alex standing next to her. If so, that required further look development.

Story points that made her visions even more surreal and disorganised are Cassie’s excessive drinking and unhappy memories of her family life as a child with her brother Davey. Wanting to remember her childhood in a more pleasant light than it actually happened, she constructs past or imagined events in one way first, and then in a different way. FuseFX used creative transitions to shift from the happier to the more truthful versions of scenes, letting the images break up and slide through the frame, coming apart and together in a graphic collage or picture-in-picture effect. 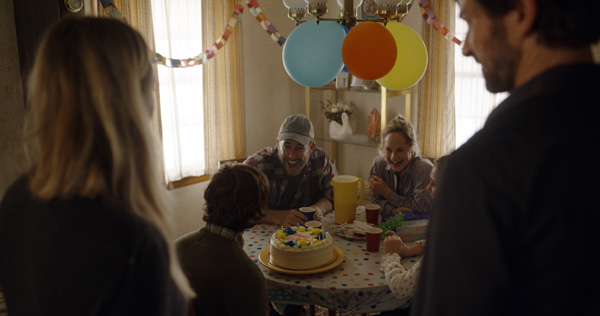 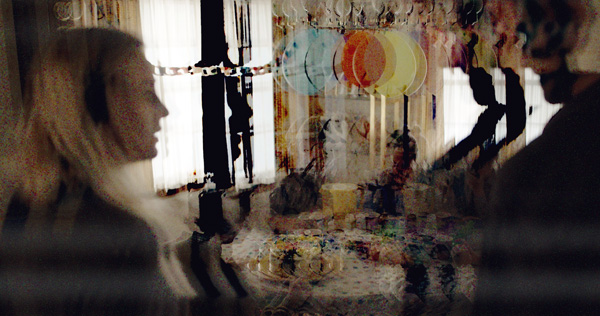 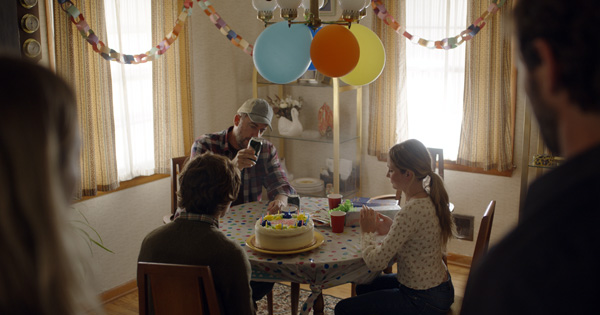 For instance, during a memory of herself sitting happily talking with Davey, the elements of the image suddenly reassemble. Davey is now standing in front of Cassie, telling her that their father isn't coming and is probably getting drunk somewhere. In another moment, Davey blows out the candles on his birthday cake and everyone laughs and applauds. When the scene transforms, Mr Bowden is waving a beer can and Cassie grabs the cake.

Airplanes, of course, were critical assets. FuseFX needed to build bespoke planes in 3D to feature in certain ways in many scenes, starting from the production’s reference material, plus stock photography. Sometimes they became part of the set environment but at other times they played a primary role.

When a plane with a burning engine passes overhead, Cassie recognises the moment she was first inspired to become a flight attendant. [See image at the top of this article also.] Miraculously, no one on that flight had died and the lead flight attendant became a heroine for reassuring passengers through the darkest moment of their lives. Young Cassie wanted to be just like her. FuseFX built the airplane and the exploding engine in flames issuing a trail of black smoke, and composited it into the empty sky in the plate.

John said, “A factor that made this project very satisfying was the beautiful, high quality footage, cinematography and sets we had to work with – from the shots we supervised and from the overseas locations, both for the hallucinations and for present day action. All of our post work had to match that cinematic quality and look, and it was also part of our job to continue in the style of the production designer Sara K White. 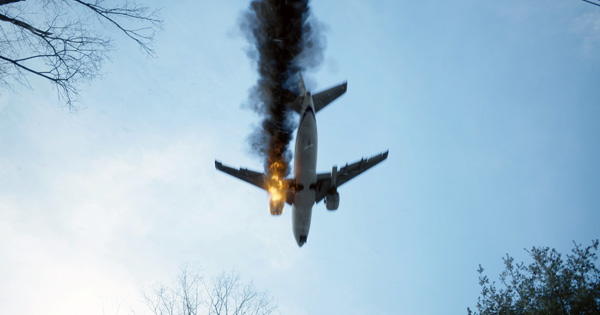 The cinematographers Adrian Peng Correia and Brian Burgoyne worked out a consistent look for the episodes, and then shared their ideas with the colourist to make sure they all had the same goal before production started. An important factor for the producers at HBO Max was the use of close-ups in the show, which Adrian said led to choosing the Sony VENICE full frame 6K camera – two cameras for most scenes, with a third for stunt shots.

From that camera selection, the cinematographers decided on Cooke S7/i Full Frame Plus prime lenses for their focus fall off and ability to smooth out the harshness of high-resolution digital cameras. Adrian also liked the way the lenses’ contrast, tonal rendition, micro-contrast and bokeh combine to build up the illusion of dimension in the images.

“I can shoot wide open at T2 and the Cookes will still maintain continuity with the rest of the photography,” he said. “Plus, the creaminess in the way they handle skin tones is much more pleasing than any other lens, especially with digital cameras. It’s the faces and the dimensionality that become critical with certain projects. One of the show’s directors used high angle shots and close-ups like Hitchcock’s as his main references, and the Cookes rendered those beautifully.” 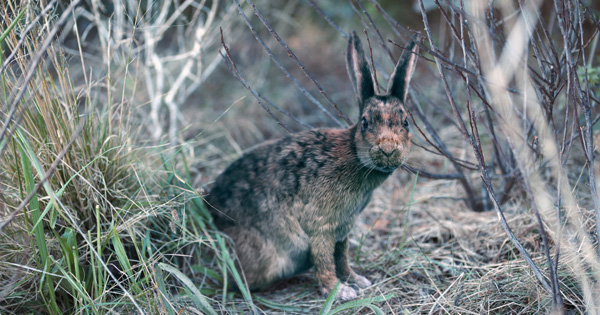 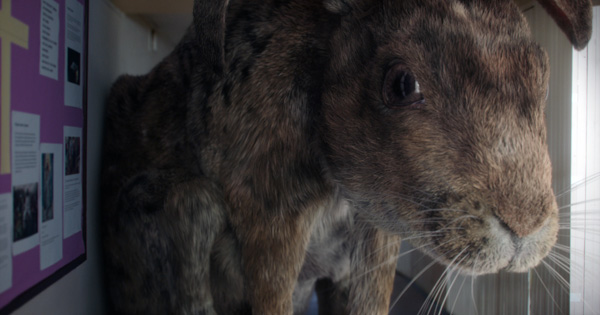 Regardless of any other variations, recording Cooke’s /i Technology lens metadata throughout the episodes also helped the VFX team keep a consistent image, and helped Adrian to control the iris while seeing the data on the monitor. He said, “Not having an assistant cameraman to check the camera makes us more streamlined – the more information, the better. I look at the monitor and I know I’m at a 2.8 but can then decide to open a half stop to shape the focus and depth of field.”

The series incorporates quite a lot of stunt work that sometimes needed VFX support. For example, when Cassie and another character flee a building via the fire escape, Cassie leaps from the rooftop to another and FuseFX created the view between them down to street level. FuseFX also did some digital take overs of actors and extended explosions for the special effects team, and created blood effects for continuity related to the murder scene.

Rabbits become a recurring theme for Cassie. We find out that her first encounter with rabbits was on a hunting trip in the country with her difficult father. Now, in the present, she knocks over and breaks a sculpture of a rabbit while trying to uncover clues leading to Alex’s murderer. The accident results in more hallucinations involving wild rabbits running through an office building. 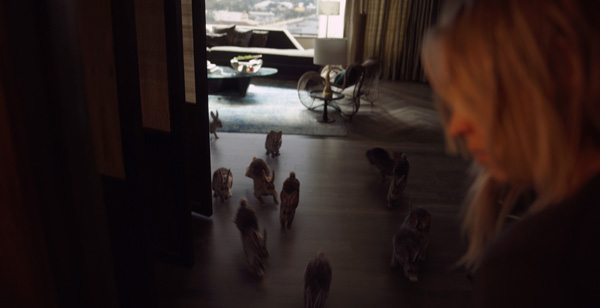 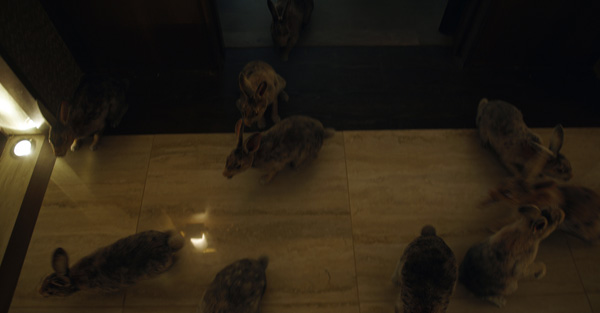 Toward the end of the series, Cassie does find her way to an AA meeting, but it doesn’t go well. While she sits at the back of the room, a hallucination takes over in which the AA members all turn to face her. Their faces are bloody – and then Cassie suddenly recognises that all of them are Alex. She stands up and tries to run from the building but finds her way blocked by a giant rabbit that fills a hallway.

These sequences required two kinds of effects. First, digital wild rabbits had to be created at two extremely different scales. Both versions had to look highly realistic in the build, animation, fur, anatomical detail, lighting and integration, and similar enough to instantly recall the other times the audience has seen rabbits.

Second, Alex had to be filmed alone in the AA meeting room set several times over, each time in a different position. He then had to be lifted from those takes and composited into the same position and distance from camera in the main plate to create the final shot with a consistent depth of field and lighting. fusefx.com

Images: courtesy of HBO and FuseFX