Bending the Rules for ‘Tales from the Loop’

Bending the Rules for ‘Tales from the Loop’ 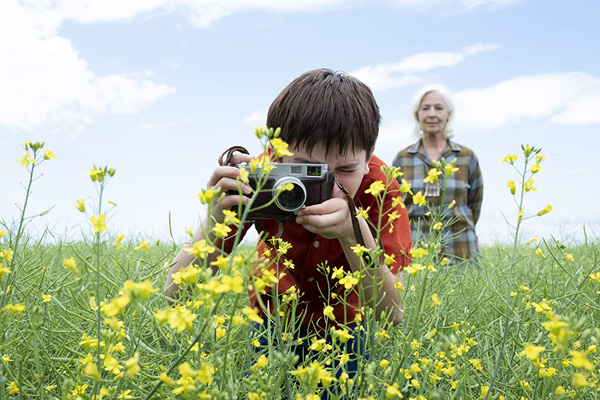 The story of ‘Tales from the Loop’, an eight-episode series made for Amazon Prime, concerns people living in Mercer, Ohio where an underground research centre, the Mercer Center for Experimental Physics, known as the Loop, was built around a large, black sphere called the Eclipse, in order to conduct experiments on it. The Eclipse, composed of small pieces, has many unexplained, unusual physical properties.

The Center’s experiments affect time, space, perception, emotion and memory, and cause people and buildings to disappear, objects to float, vibrations, time-shifts and other phenomena. The countryside around Mercer contains various structures, machines and other artefacts left over from these experiments.

The story has a visual origin – artist Simon Stålenhag was inspired by his own digital paintings to write the book ‘Tales from the Loop’, which is the basis of the show’s characters and stories. Showrunner Nathaniel Halpern, the series’ creator and scriptwriter, in turn, based his work and the entire look and mood of each episode on the paintings as well. 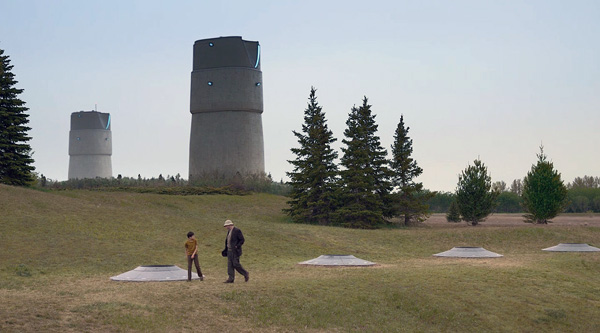 Furthermore, Nathaniel wanted to make sure viewers did not need to study or read anything in advance to engage with the characters and their lives. They have traumas and challenges, and things don’t always go well for them but, like the paintings, the mood is not cynical or pessimistic. Therefore, all the visual aspects of the production had to be handled with care.

In particular, a science fiction story like ‘Tales from the Loop’ demands visual effects. Nevertheless, while the digital sci-fi elements are intensely interesting and often beautiful, the main focus of the series never shifts from the human characters and their emotions and stories. VFX Producer Andrea Knoll talked to Digital Media World about her work on the project.

Andrea joined the production about six weeks ahead of the shoot for the pilot. When she arrived on the sets around Winnipeg, Manitoba, instead of being surrounded by green screen she found lots of practical builds. “Practical effects were integral to Nathaniel’s ideas about the project,” she said. “Balancing practical sets with 2D and 3D extensions and CG objects was always a critical decision. Even the Eclipse itself was an impressive build that was digitally extended and enhanced, but not a complete CG asset.” 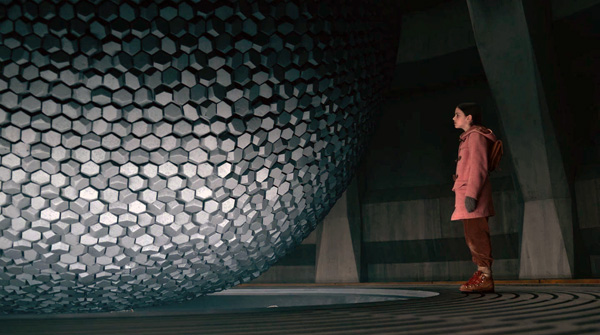 Andrea, who had taken the same VFX producer role on ‘Stranger Things’ for Netflix, said that pre-production, production and post needed to happen almost all at once. Previs wasn’t used in a major way, mainly due to lack of time, and only for the more challenging effects such as a scene of a house disintegrating as its component parts float up toward the sky.

For concept art, Nathaniel Halpern leaned heavily on the paintings, of course. It was unusual to build an entire script and series around a series of paintings and he and the production, which included Simon Stålenhag as a producer, wanted to get it right. “Through the whole production, Nathaniel was very concerned about the look and integrity of the show, willing to collaborate and listen in order to do this. It was great to work with and alongside a showrunner this way,” said Andrea.

“For my position, I needed to work on set at different stages but the VFX supervisor Ashley Bernes from MPC New York, handling on-set supervision, was there on most shoot days. I chose the primary VFX vendor across the series, Rodeo FX, who also loved the paintings. A team from MPC contributed as well on the pilot and on episodes 6 and 8, and Nathaniel also chose a small team of in-house artists to work with, especially for compositing because of the need to blend the effects so carefully into the plates.” 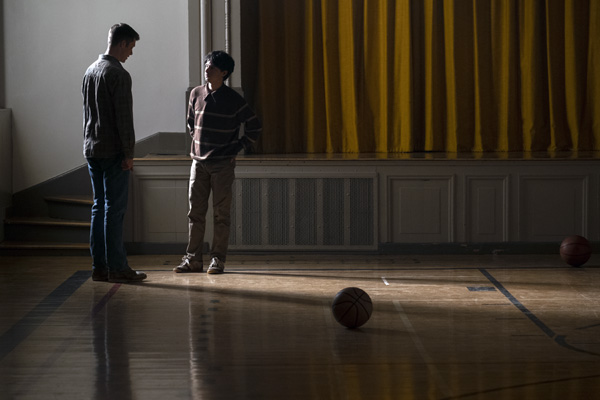 The show’s beautiful VFX are numerous and complex but don’t become so spectacular that they overwhelm the shots. They had to stay firmly entrenched in the environment at all times and very often take a back seat to the stories of the characters. If the characters’ mild curiosity and calm acceptance of the strange events the Loop causes seem remarkable, the nature of the effects helps the audience do the same.

An example of the way the production handled scenes relying on VFX came in the last episode of the series, involving a fight between two robots in a quiet forest. The consciousness of one of the main characters, Jakob, has been trapped inside one of the robots, and his opponent, though roughly the same size, has a very different build. In a typical science fiction production, a robot fight calls for spectacular, out-sized CG characters and FX simulations, fast-paced editing and camera work. To add tension, the fight might be protracted through several shots into a long sequence. 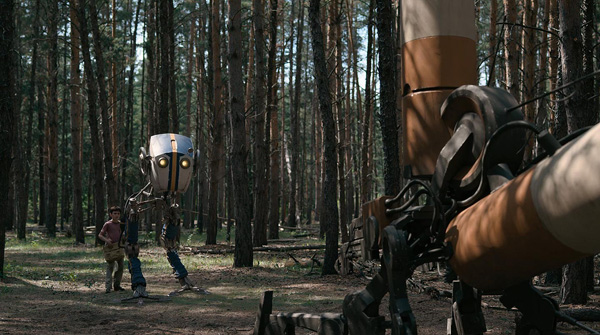 Instead, ‘Tales from the Loop’ is more concerned about Jakob’s story, and the fact that his younger brother is standing by, watching. In any case, after a short altercation, the fight is over within only a few shots. “On set we had stand-ins for the robots to help frame the shots, but the sequence was a chance to do more with less, and use detailed animation and CG instead of going to a massive scale, to stay true to the visual ideas for the series. We also had fun with it, and let the animation match the performance of the stand-ins,” Andrea said.

Combined with the VFX, the lighting and composition of the cinematography strongly influences the way the audience visually interprets the story and performances. ‘Tales from the Loop’ had a different director for each episode, and also featured several different DPs. Jeff Cronenweth, ASC, shot the pilot episode, and talked to Digital Media World about the preparation and decision-making involved in the shoot, his kit and crew, and working on deliverables in post. 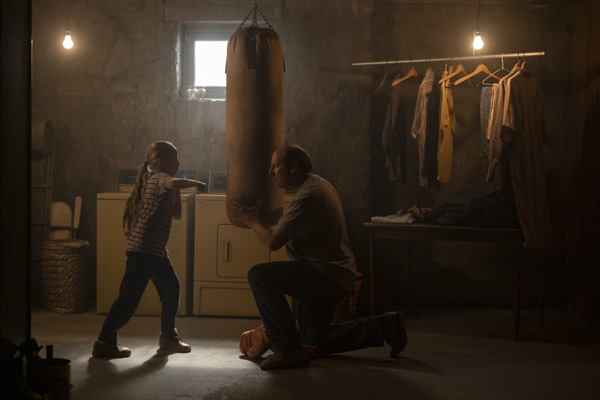 When Jeff first met with director and executive producer Mark Romanek and Nathaniel, they looked over the paintings together and focussed on interpreting them for a long-form production and audiences. “The look needed definition. In terms of the filming pace, tempo and perspective, we were aiming for the opposite of an action movie. We got started in January 2019, and by February were ready for location scouting. Knowing that there would still be snow cover by the time we started shooting, we chose the open country around Winnipeg for the locations.

“We wanted to shoot with 70mm glass for scale and colour. Having a lot of control over the depth of field was important to be able to create moods for the story, such as the scariness the children feel as they encounter the significance of the Loop. Our camera was the Panavision Millenium DXL2, which has a RED Monstro sensor, and we used a Panavision Primo large format 70mm lens with it, shooting at 6K to give us the depth of field, and the space and resolution for the VFX.”

Looking at the Loop 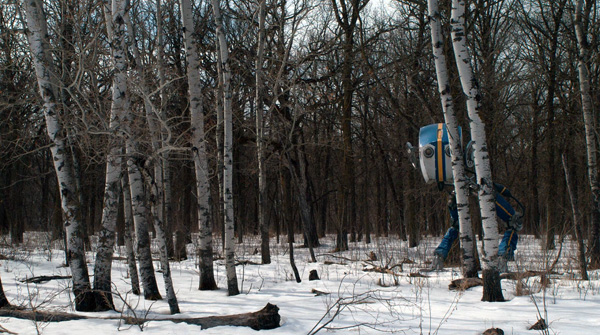 Jeff had used the RED Monstro before, in particular in 2010 for ‘The Social Network’. The colour science of the DXL2, developed partly by Michael Cioni who was working at Light Iron and Panavision at that time, was important for the look Jeff and the production wanted for ‘Tales from the Loop’. It was interesting that Michael had noticed the look of ‘The Social Network’ and aimed to achieve a similar look for one of the camera’s built-in look up tables.

Light was another critical element of the cinematography because, apart from giving the images their special look, the VFX artists would need to match it precisely in order to achieve the invisible composites the story depended on. The interiors were generally shot on built sets, while the exteriors were shot mainly on location in natural light, occasionally augmented with tungsten lamps if the shot needed a specific result. Jeff worked with a gaffer from Los Angeles, Harold Skinner, with whom he had worked several times since their first collaboration on ‘Social Network’, including Jeff’s last five films.

Shot composition used a layered approach and took inspiration from the Stålenhag paintings as far as possible. “In production, our job was to add motion. Our production process was scouting with Mark Romanek, Nathaniel, the production designer and me, then re-scouting and blocking out shots with the crew. We had two of the DXL2s – one for plates and one for pickups – and four camera units. Shooting the pilot took 21 days,” said Jeff. 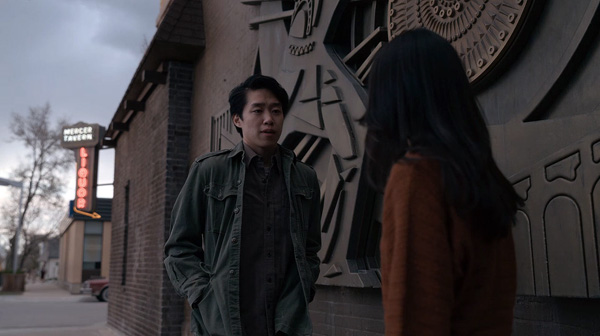 “Throughout production Ashley Bernes and I worked together directly to plan for the VFX team. It was great having the practical builds on set to work with – it meant we could handle the lights and shadow more accurately and helped us frame shots and the performances. Inside the Loop especially, the partial build of the Eclipse made the actor interactions easier.”

Grading was done by Ian Vertovec at Light Iron on a FilmLight Baselight system. Jeff attended all of the grading sessions, which got underway about five months after his shoot, once all of the episodes had wrapped. Like Michael Cioni, Ian had also contributed to the development of the DXL system’s original Light Iron Color LUT, and the later Light Iron Color 2.

For ‘Tales from the Loop’, he and Jeff wanted to achieve softness across the images and a natural feeling for the effects, mitigating sharp contrasts and giving the blacks a soft tonality. On the Baselight, Ian could separate the frequencies in the image into spatial frequency bands using the software’s texture equaliser function, and manipulate the bands one at a time. By adding contrast only to the low-frequency areas, they created a rich look with good contrast, without the sharpness that high-contrast images would normally have. 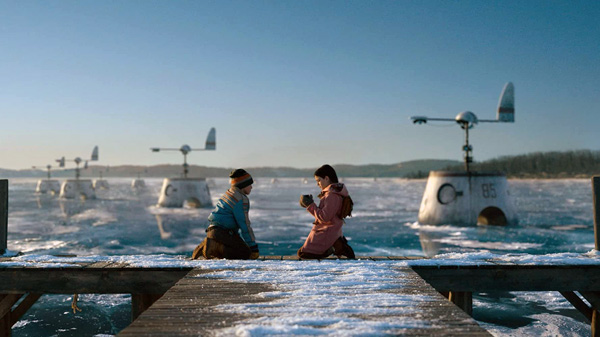 Jeff said, “Amazon required both an HDR10 and a separate SDR deliverable for the project. However, performing a separate grade for each of the deliverables would have meant managing two timelines, and incorporating and keeping track of the visual effects across both. Instead, Ian and I opted for a Dolby Vision workflow, in which the SDR pass is interpolated alongside the HDR grade.

“We were working in HDR, and the SDR tracked along with us as we went. We were mostly paying attention to the HDR, but simultaneously monitored the SDR to make sure it was working. Then once we were happy with the HDR, we could turn our attention to the SDR and do very quick, minimal final adjustments. This also allowed us to really appreciate the nuances of both versions. Because we did both at the same time, we also had more time left over to do creative work.” 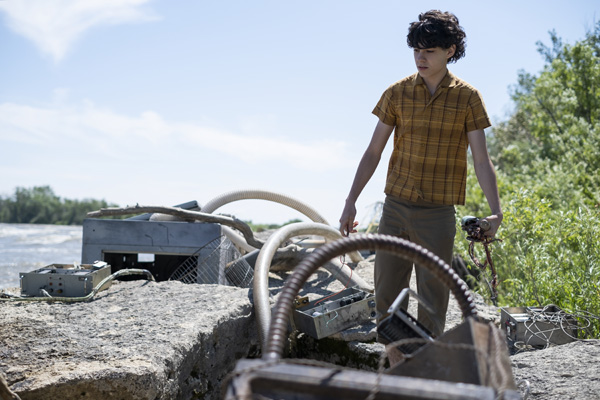