MPC Casts a New Spell on ‘Maleficent: Mistress of Evil’

MPC Casts a New Spell on ‘Maleficent: Mistress of Evil’

MPC designed and created all of the effects for ‘Maleficent: Mistress Of Evil’, continuing the magical story started in the preceding film ‘Maleficent’. Starting work in mid-2018, at about the same time as principle photography, gave them roughly a year to complete a feature film project that spans two complete fairytale worlds, dozens of fantasy Moor creatures and characters, and detailed CG environments.

Under Production VFX Supervisor Gary Brozenich, four of MPC's facilities – London, Bangalore, Montreal and Vancouver - plus a team from Mill Film in Montreal, worked together on a round-the-clock, round the world pipeline.

The team in London worked on assets and character development, shot layout, animation and CG work including the title sequence and compositing for various parts of the movie. In Bangalore, artists created and refined more assets, and handled matchmoving, roto animation and compositing, and in Vancouver and Montreal the teams took on much of the large amounts of CG work and compositing the project needed. MPC also worked with Mill Film Montreal and their VFX Supervisor Laurent Gillet on specific shots and scenes. 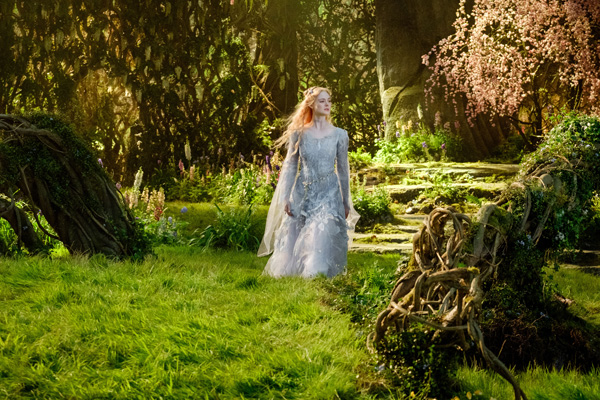 Digital Media World talked with VFX Supervisor Jessica Norman from the London team about her work. Early on and through pre-production, getting the character assets to look, move and perform correctly was a major focus at all of the studios before moving into shot design and animation.

When updating the existing creatures created for the first film, the audience needed to recognise them, but also get excited about them again and feel that they were seeing something new. MPC received concepts from the art department for all characters, and took some inspiration and direction from the first movie.

Jessica said, “We had four distinct biomes to populate – desert, jungle, forest, tundra - which involved seven new kinds of faeries, many different Fey characters, as well as updates to all of the original creature characters. Each of the biomes is a community of plants and animals that have common characteristics for the environment they exist in, and we received artwork for all four.” 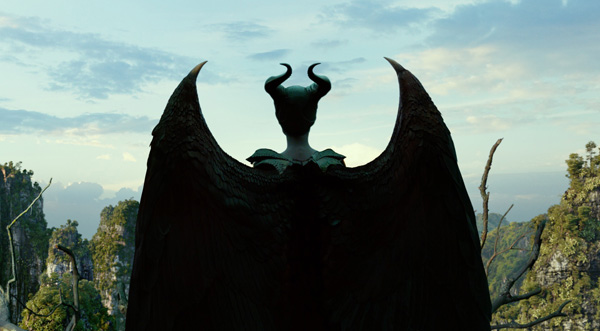 The Fey are the dark faeries who originate from the same world that Maleficent comes from. They also had two other important new creatures to build that drive the story – Maleficent’s crow companion Diaval turns into a bird-bear in this movie, and Maleficent herself transforms into a huge, magnificent phoenix.

“To achieve an organic and realistic look for all the faerie folk, we used a lot of real life reference of all kinds. We looked at different types of mushrooms, fish, trees and frogs to name a few. At the same time, we constantly updated our tools and processes, and took care to improve on shading, skin and muscle setups.

“The CG builds for all the characters were based on captures of the actors in their costumes and prosthetics. For the animation, we held a motion capture shoot for the different character types - faeries, Fey and humans - and the motion data was then combined with key framing. The captured movement contributes a lot to the entertaining quality of the performances – we could use short pieces of it for really life-like moves. This data also became excellent animation reference. 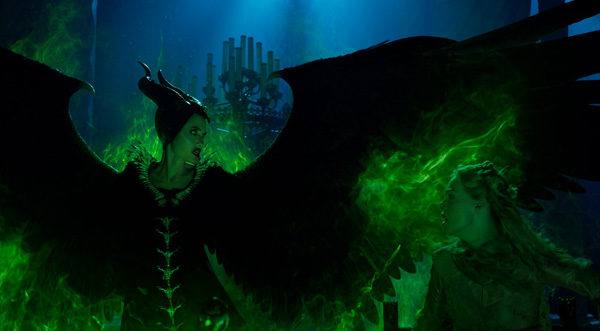 Asset detail and complexity increased substantially for ‘Mistress of Evil’ compared to the first ‘Maleficent’ film, both in terms of each creature as well as creating shots densely populated with creatures. The artists tested and presented all characters in shot context, where they combined assets and animation processes. Wherever the shots were heavily populated with characters, they used ready-made animation clips and MPC’s crowd tools to manage the scenes for rendering.

Jessica supervised on the set during the Pinewood Studios shoot. To support the heavy CG element in every shot, every part of each set was photographed at myriad camera angles by on-set crews both from the studio and from MPC, and many sequences were carefully previs’ed. Stand-ins for the fairies that the actors talk to and interact with, and puppeteers with models built-to-scale, were critical for eyelines to help the artists build out the shots in post.

Animals were a key source of reference for all of the faerie characters and for the Fey faeries, bird reference and understanding how different types of birds fly was fundamental. “Relating to the biomes, for the desert Fey we based the look on eagles and condors,” Jessica said. “The jungle Fey were based on different types of parrots. For the tundra Fey, we looked at owls and for the forest Fey we looked at various dark feathered birds like crows and starlings.

The Fey from each biome had a different shaped wing as well, to suit their environment. For example, the desert biome wings are wider then the rest, suitable for soaring, while the jungle wings were a bit smaller, built to fly between the trees”

Nevertheless, these characters are much more like people than most of the other faeries and, like Maleficent herself, each one has its own look and style but is instantly recogniseable as a Fey character. “Within the hundreds of shots featuring the Fey, in some the characters are full CG and in others we added wings to plate characters.

“In any case, the wings were always CG and took tremendous creative and production effort. Feathers were individually created using MPC’s proprietary tool Furtility. We used a lot of real life wing structure and anatomy reference material to build believable wings that fold and move in a realistic way.”

The cave-like Dark Fey Nest where they lived hidden from people was a distinctive and also challenging environment, extending up quite high inside. It was mainly created thanks to the teams in Vancouver, both MPC under VFX supervisor Bryan Litson and Mill Film under VFX Supervisor Laurent Gillet.

The Nest is an island inspired by an erupted volcano in the middle of the sea. The Mill Film crew used references of lava spikes, tundra and forest to create the rugged interior and exterior terrain. The result is dark and moody, and draws the audience deep into the Fey world. Part of the challenge was working with both extreme close ups and wide angles that required building lots of different 2D and 3D elements and materials to allow them to accommodate any scenario.

In the first film, Aurora’s three devoted Pixies played a significant role in the story. At that time, the talent shifted between acting as full sized live action characters, and performing as small flying CG animated characters. Creating the digital versions and making the shift seem natural was a challenge, especially for the facial animation, which was very precise and detailed. 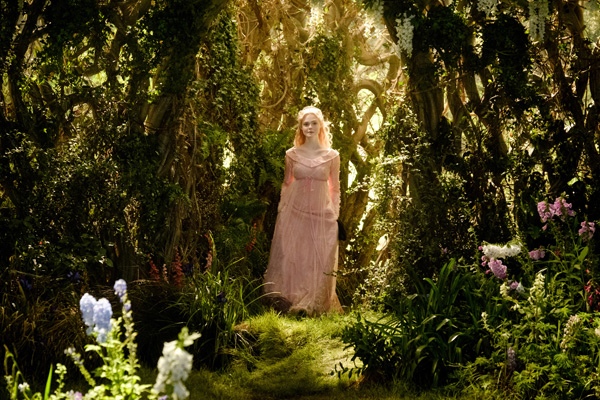 This time their role was less prominent, and they appear only as pixies. “We used the characters from the first movie as a starting point and as reference when we built the characters for this film, and also used Disney’s Anyma Performance Capture system for the facial animation,” said Jessica.

Developed by Disney Research in Zurich, Anyma is a markerless facial capture system based on Medusa, Disney’s earlier system for faces. Anyma allows the actor to move around freely, but still produces dense, consistent facial reconstruction of the same quality as Medusa. The underlying actor model is actually built from a small number of Medusa reconstructions. The facial geometry is accurately tracked over time, and the output includes per-frame tracked skull positions that represent the rigid head motion of the actor, so that the artist doesn’t need to estimate the head pose manually.

Connectivity between the facilities in Canada, the UK and India was a key feature of the project. Jessica said that all MPC sites are connected via a secure, high speed network so that the teams can share data and assets more or less in real time to keep the project moving around the clock. “File updates are synchronised between sites depending on each site’s needs and dependencies. The syncs mostly occur automatically but can also be set off manually,” she said.

The asset and compositing teams in Bangalore were integral to complete the project on time and at a high enough quality. Jessica said, “I spent time there working as VFX supervisor, where the primary challenge was problem-solving – how to complete the large number of shots we had, and to work out creative solutions for lots of other challenges. We had a really great team there. Just a few of the people I worked with most closely were Composting Supervisors Wineeth Wilson and Arnab Sanyal, as well as Senior Coordinator Keval Chetan Chheda.”   www.moving-picture.com