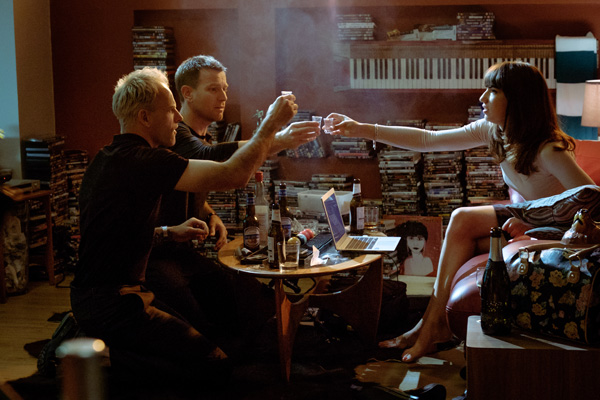 Union’s VFX supervisor Adam Gascoyne said that meeting this challenge was an essential part of director Danny Boyle’s brief, “Although it might not instantly jump out as a visual effects film, Union worked on over 400 shots. The focus was very much on coming up with ways to visualise the fantasy, flashbacks and hallucinations that punctuate the story,” he said. Their work also includes invisible environmental work to reflect change over time.

Fabric of the City

Over the past 16 years, Adam has regularly collaborated with Danny Boyle on diverse projects ranging from ‘127 Hours’, ‘Trance’, ‘Babylon’, ‘Steve Jobs’ to the Olympic Games Opening Ceremony. When Danny finally found the right time to make the sequel ‘T2 Trainspotting’ 20 years after his original film, Adam was excited about the script and the chance to contribute to looks and visualisation for the story. 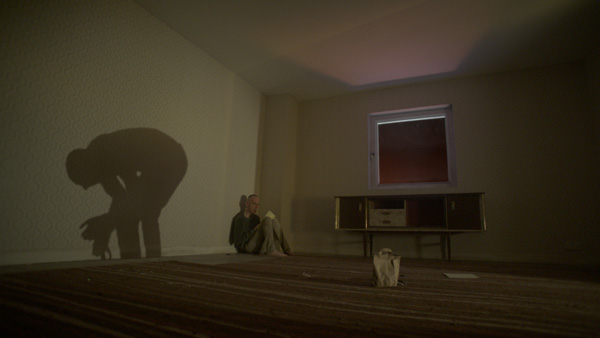 Irvine Welsh doesn't mince words when describing the harshness of his character's lives, but he keeps a sense of humour and fantasy. “Irvine’s writing is very visceral and he’s part of the fabric of the city he writes about. The text helps the creative interpretation, but Danny made it his job to interpret in collaboration with the creative team around him,” Adam said.

“Research was a team effort between production designer Mark Tildesley, Danny and myself.  I was involved in the very early stages, but even by then, Danny had already gathered a lot of urban photography references that document the lesser seen side of Edinburgh and were a great starting point.  The original film was also great reference. Danny’s leadership and creative collaboration with his team helped bring consistency to the hallucinations and flashbacks so they would work in the story.

“I was involved for about a year, starting before pre production. Once the shoot started, we were regularly on set advising and working closely with DOP Anthony Dod Mantle. The post period was very condensed to hit a planned release so our amazing team worked hard over Christmas to ensure we hit the deadline.” 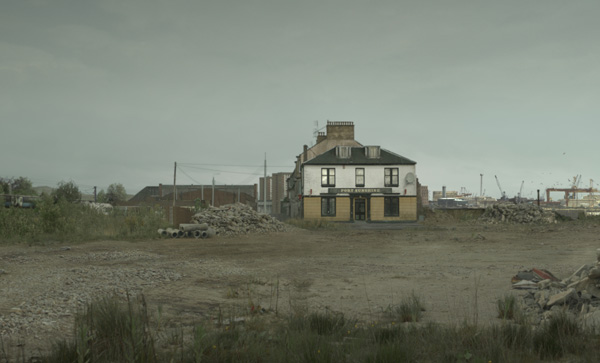 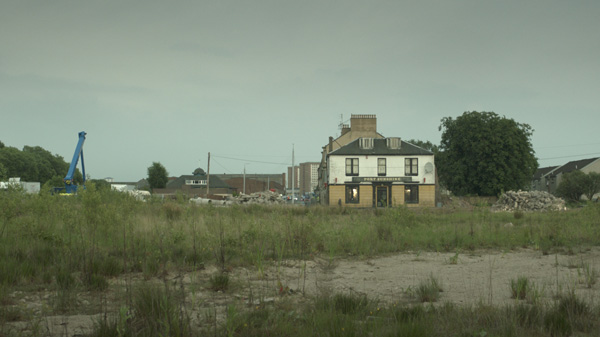 In this new story, the character Sick Boy is now running his Aunt’s pub in Leith, a suburb of Edinburgh, as well as using it as a front for other business ventures. In the book Leith is depicted as a run down area, harbouring crime and prostitution and abandoned by the industry it once supported, although now the area has regenerated into a vibrant neighbourhood. Union VFX needed to shift the pub to a virtually derelict setting where almost everything else had been destroyed.

To recreate the correct environment, Union shot a pub on the outskirts of Glasgow and, with the help of news archivists at British Pathé, searched for suitable footage of Leith circa 1920 to use as plates. “Then we composited the 2016 footage into the archival material,” Adam said. “The footage we received from Pathe was already in a familiar format, but we did need to match the grain and grade in order to blend the old and new invisibly together in the composite.” 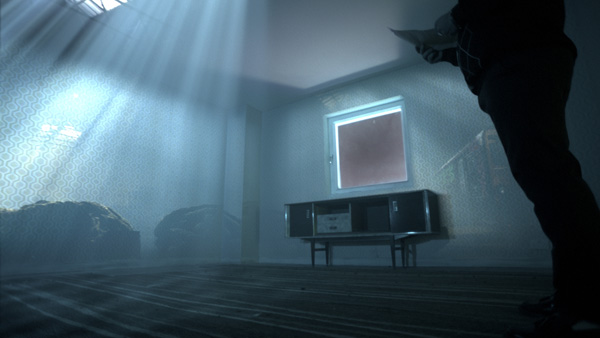 The Union team designed and created a series of flashbacks of the ‘Trainspotting’ friends in an old train warehouse 20 years ago, which are impressive for their ability to shift the story from a small, tight room to a smoky train yard - in a moment - with a complete change of depth and lighting. A projection technique was used to re-create the environment, projecting scenes into footage of a room in Spud’s apartment, in a way similar to the Bill Viola video installations, which are usually done as rear projections, or onto LCD panels or scrims.

Adam said, “The look dev was based on some real projections we had created on set within the room during some other scenes but for the flashbacks, we made the projection fill the entire room using 3D volumetric God rays so that the image appears everywhere, not just on the walls.  We also added wallpaper texture, smoke and CG lighting to effectively join the two environments, old and new.” 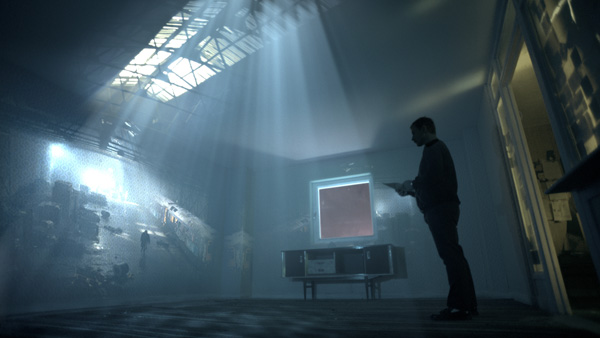 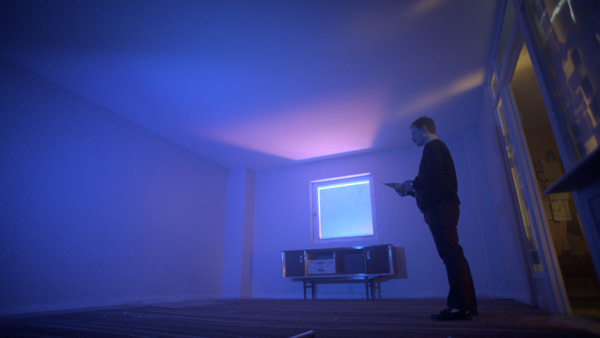 They also devised a way to place the young and old characters into the one shot, face to face. “First, we carefully selected footage from the first movie that we thought would work, as far as angles on the characters went, within the scene. We then shot plates of Begbie, Spud and Renton lookalikes that lined up accordingly, and composited and carefully cut the shots together. It was amazing, really, to see a young version of Begbie acting alongside Robert Carlyle 20 years on.”

The friends still love football and show the same devotion to legendary player George Best. In one sequence, Union placed a football pitch inside a pub where Renton and Sick Boy dream of sliding together through the mud and rain. But actually the set was built inside the pitch. You can see the camera set-up, and the final result, in the shots below. The team did some augmentation of the football stadium because the location was going through some repairs during the shoot, removed the camera and added the rain effects. 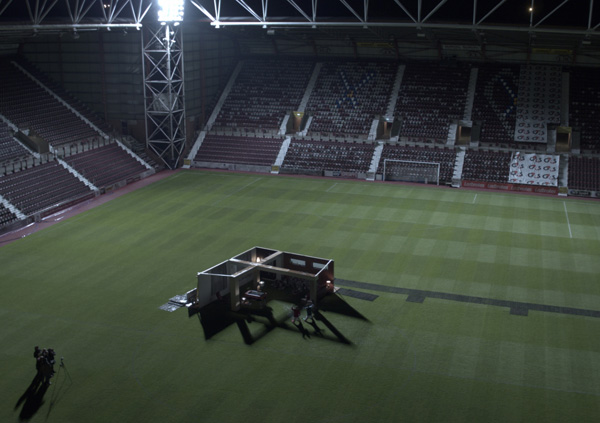 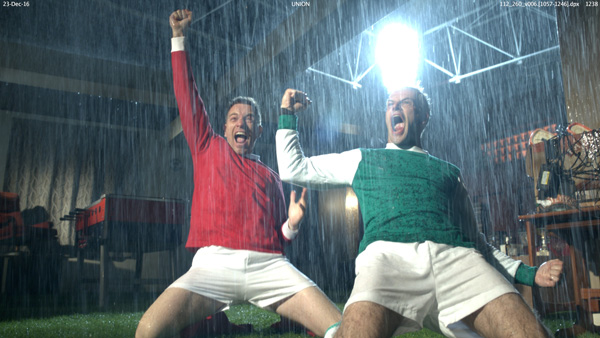 Another sequence required projecting George Best’s face onto a car as the characters remember his past glories of the 1960s and ‘70s. The best approach was to build a CG car so  that we could change the irregular, moving surface more easily.  Actually, Adam found the trickiest part was finding footage of George Best at a high enough resolution to hold up in the final shot.

Though Renton has remained heroin-free for 20 years he must persuade Spud to go cold turkey. The trauma of the experience is visualised in several sequences. For example, we sit with him in his room during his painful withdrawal as shadows on the wall haunt him. Adam said, “We did a long live action take in which actor Ewen Bremner acted out Spud’s cold turkey performance in front of back-lighting so that we could film the shadows.  We selected different sections of this footage, gave it a slightly more Nosferatu-esque look and composited them into the scene with Spud.” 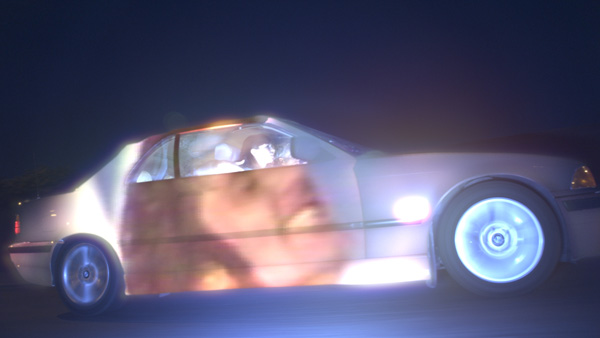 At one point we are with him on the roof of his high rise tenement flat and see him falling over backwards over the edge in his chair. Next, we are on the ground below watching him tumble down in a very wide shot, before we are with him again at the bottom as he falls gently into Renton’s arms. All three shots had to feel consistent and connected. Live action footage was captured of Spud in full costume taking a short fall on wires. Union matched the speed of that fall in the longer wide shot, where a digital double was used. This exterior fall shot is actually an entirely CG shot as the tower block is a digital matte painting as well.

“His safe landing into Renton’s arms was achieved by shooting a carefully choreographed sequence,” said Adam. “Spud was lowered on a body shaped wire rig as Renton was wheeled below him into the shot, arms open, on a skateboard at just the right moment to catch him.  We removed the wires and played with the speeds to make it all flow nicely.” 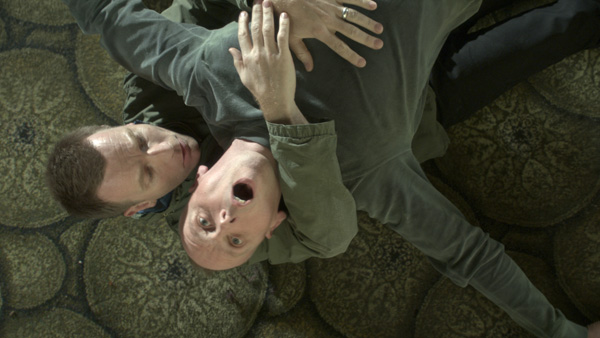 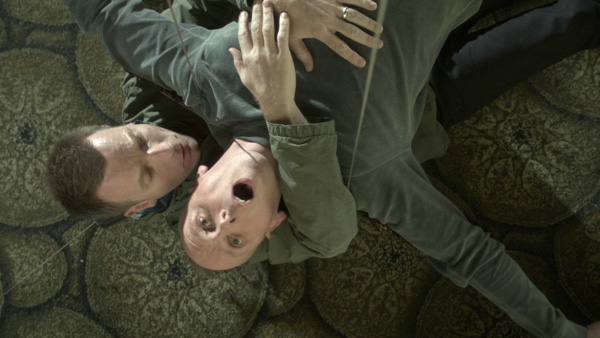 Renton’s famous wallpaper printed with trains, from his own cold turkey scene in ‘Trainspotting’, returns as the theme of a dynamic shot in which he appears to have been left dancing by himself on a virtual train platform in his room as a train departs. The camera, apparently on the back of the train, begins to pull back, creating a reverse zoom effect. As the walls extended ahead of us, we feel we are watching a shrinking Renton as the camera rolls on and on. The shot evokes a train tunnel without actually turning into one, due to the effect of camera speed, acceleration and the lights.

Adam noted, “Danny originally wanted a constant pull back and described the concept as ‘the last train leaving the station’. Although seemingly simple, it presented a lot of challenges with rendering, which was done in Arnold. We built a long CG model of the room and textured it with elements of the set build, including Renton’s wallpaper. The camera was sent flying backwards through this room at speed, which lasted for around a minute and a half while the end credits start. We played a lot with the motion blur here, dialling it up and down on various surfaces to get the maximum trippy, stroboscopic effect." 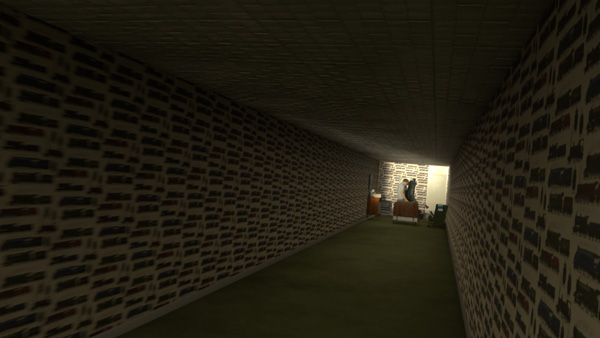 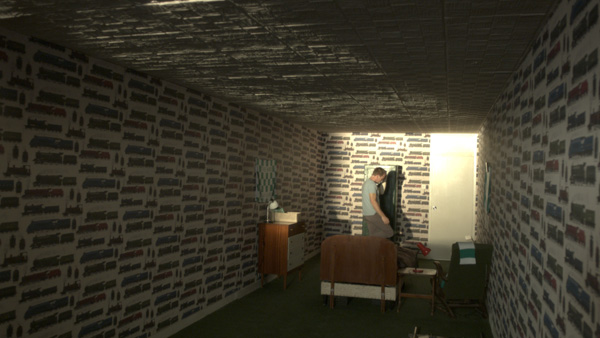 Union also contributed dramatic 3D elements to the dramatic end credit sequence created at Tomato design studio, which depicts the demolition of Edinburgh tenement blocks. As part of their work on environments that enhance the narrative, they gradually decayed Spud's flat and surrounding buildings as they approach demolition, representing the end of his old life of addiction.

“The scene is a mix of fully CG buildings and some live action and embellished plates that Danny had found in pre-production.  We used Houdini to create some big collapse simulations and composited it all together. The ‘scorched’ appearance was added by Tomato and director/Flame artist Jon Hollis from Raised by Wolves who had worked on the original Trainspotting title sequence, which looks great,” said Adam. 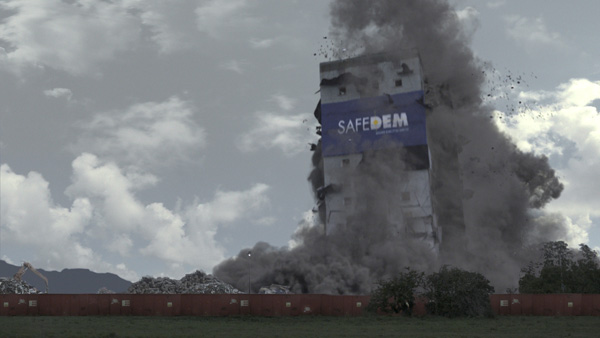 One of Tomato’s designers Dylan Kendle said, “The demolition sequence that carries the titles at the end of the film was largely ungraded stock footage of varying quality, plus the VFX shots in the edit. The treatment we devised worked on a couple of levels. 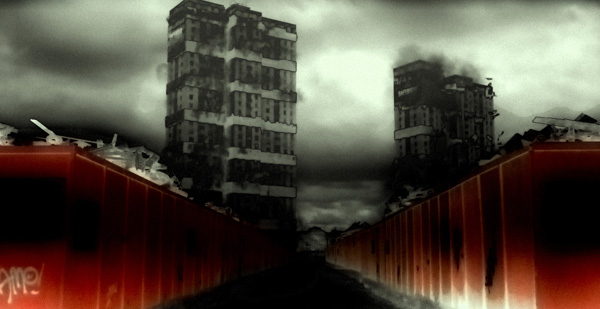 “It unified the range of footage giving it a cohesive, original graphic look. It uses high contrast black and white, positive and negative imagery which ties it back to the main titles and those of the original film. It also has a generated texture throughout that not only helps the cohesion and the read of the type but becomes the animated plate for the end credits.”

Jon Hollis described his own work in the Flame. “I used Matchbox shaders in Flame extensively for the look of the sequence. There are all sorts of effects going on - the priority was to disguise the fact that the footage came from lots of different sources and, therefore, sizes and quality varied. So bringing it down to quite an old school look was essential, and then applying a lot of operations in the composite with textures and film grain.”   www.unionvfx.com