Deluxe Toronto took on most of the post-production services for the sixth and last movie in the sci-fi horror franchise, ‘Resident Evil: The Final Chapter’. The project pulled together many members of the original production team, including director Paul W.S. Anderson, and Deluxe itself had worked on three of the previous films in the series. From the time its first film was released in 2002, 'Resident Evil' is noted as one of the few consistently successful game based movie franchises and, more than likely, it has also helped turn the zombie theme into a film genre.

“We’ve been working with Deluxe Toronto for years,” said Paul W.S. Anderson. “Their ability to handle nearly all of our post production out of one facility allowed me to use my time quite efficiently. I could sit in on a mix review session and then walk 20 feet down the hall to give notes on the DI. We can also put a great level of trust and confidence in them.” 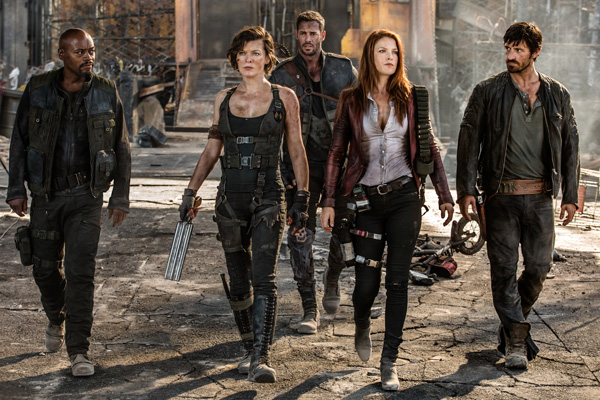 Senior vice president of post production Nick Iannelli at Deluxe Toronto said, “Since we have a long-term relationship with the director and the production, we’ve established a bit of short hand. We already understand the expectations for various deliverables, and so there’s a sense of comfort and trust. We’re one of the few facilities in the world where you can do a full Dolby Atmos mix and 4K DI in rooms that are 20 feet down the hall from one another. This allowed Paul to maximize his decisions in minimal time. Like ‘The Final Chapter’, we also handled colour and DI for ‘Afterlife’. For ‘Retribution’, we were responsible for the mix and delivery as well, including IMAX, DCP and home entertainment versions.

“DP Glen McPherson started on the franchise with ‘Afterlife’ and had collaborated with Paul on a number of films prior, including ‘Pompeii’ and ‘The Three Musketeers’, and was the DP and stereographer on ‘The Final Destination’. Since ‘Afterlife’ had been shot in 3D, Glen was a natural choice. He’s very technically minded and involved in the colour process every step of the way. It’s been a great ongoing relationship.

“Because this was our fourth collaboration on the franchise, we dove in with a good sense of the look production wanted, and that familiarity made it all the more fun,” Nick said. “Paul is a visionary director with a deep appreciation for the post process, so it’s always exciting to see what he dreams up. The film consists of a lot of fast cuts, almost 6,000 in total, and by rallying together, our team delivered what was akin to posting three features in record time.” 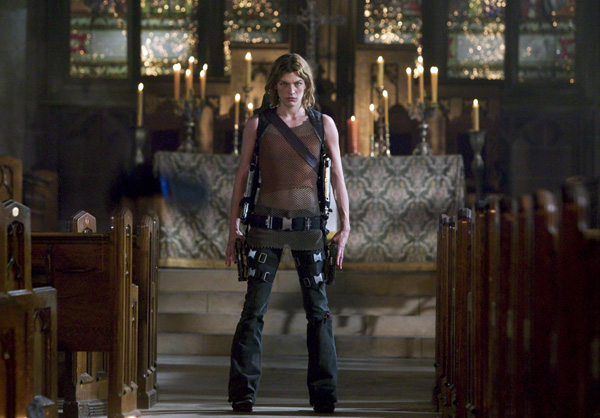 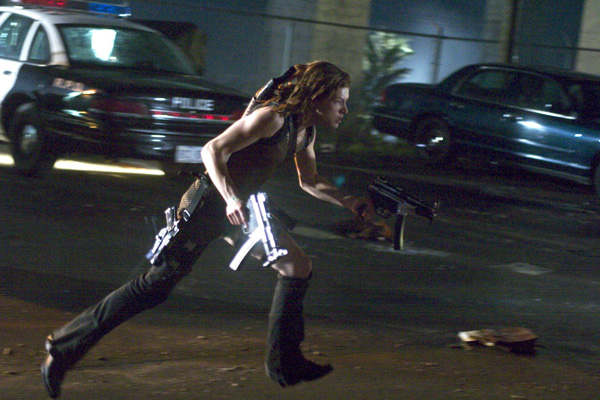 The two shots above come from the second movie ‘Resident Evil: Apocalypse’, Deluxe's first project for this franchise, which was shot on film.

‘Resident Evil: The Final Chapter’ was shot as a monoscopic production on the RED Epic with the Dragon sensor, recording to Redcode RAW at 5K. This made file size a consideration from the start, although the format itself wasn’t a major factor for the post team because the footage was transcoded into 16bit DPX for the editing and colour workflow.

They worked at 4K for the 2D version, then published the timeline to the 3D conversion company Legend 3D at 2K. The finished project with all versions – including renders, VFX, 2D, SDR, HDR and so on – came in around 120TB, which was managed with internal storage. While they finished at 4K, the 5K material from set gave them a great starting point with room to play with the image.

“We could scale 30 to 40 percent more without losing resolution, which was important due to the film’s fast cutting style and the director’s desire to manipulate almost every frame,” said Nick. “About 90 percent of the film has some kind of visual treatment, whether a camera reposition, speed variation or VFX – and that represents thousands of optical changes. Having that 5K capture meant we could accommodate all those changes and more to achieve the look they were after.” 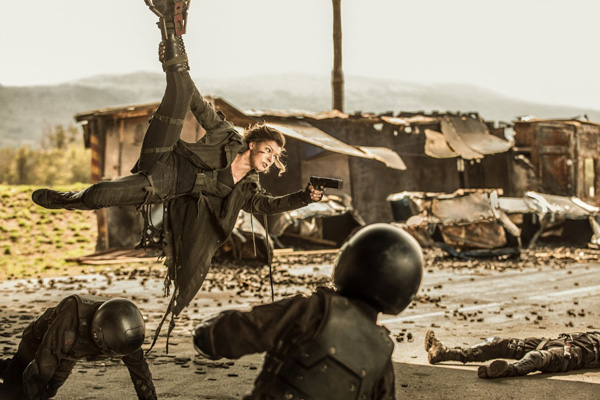 Final sequences were received at Deluxe from editorial as Avid bins, allowing them to manipulate lists as needed and keep a QuickTime for reference. Original camera data came on LTO tape, which was put on the SAN and conformed from all sources.

They created three versions - 4K 2D and 3D 2K for theatrical distribution, and HDR for home entertainment. “Size and resolution are the main differences between the 2D and 3D theatrical versions,” said Nick. “The film also contains a huge number of power windows, but this windowing and colour didn’t automatically translate to 3D. Each window had to be resized and moved in order for the 3D pass to account for the stereoscopic view. Furthermore, we had to scale back some of the optical shakes for 3D audiences as the effect would have been too jarring.

“Viewing through 3D glasses also impacts on the colour so we had to regrade to balance the intensity. For the HDR version, the 4K grade was used as the baseline, then we optimized for HDR.” 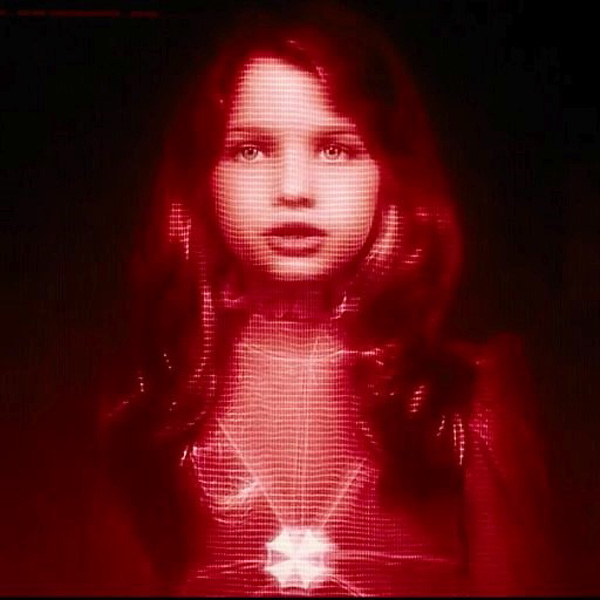 While they are all part of the same franchise, each ‘Resident Evil’ film has in fact had a specific look and mood. Adding a further dimension to the work was the fact that ‘Apocalypse’ was shot on film, ‘Afterlife’ and ‘Retribution’ were shot stereoscopically, and ‘The Final Chapter’ was shot in 2D to allow for more freeform camera movements, similar to the handheld feel of the original.

“We handled all Resident Evil projects with consistent colour science, and while the digital colourist for each differed, the DP Glen McPherson and our interface for finishing was the same,” Nick said. “For this film, the colourist was Mitch Paulson at Efilm, another Deluxe company. Our Deluxe DI team here in Toronto, headed by DI project manager Peter Armstrong, has a really close working relationship with Mitch and the entire team at EFILM, and they regularly collaborate on colour science. Mitch was integral to the overall look and was also able to apply a lot of tricks in the colour suite for certain shots that otherwise might have required VFX.”

Shooting the movie on RED gave the production another advantage in post. RED cameras support image processing in log mode, allowing greater latitude over colour manipulation. By grading in log fashion as well, they could produce images in whatever colour output was needed, including HDR for the home entertainment remaster.

For the HDR pass, they used Dolby Vision mastering tools as their platform. The Dolby Vision system has a higher brightness value monitor, which makes the colour space and contrast ratio very different than when working with standard dynamic range. “We graded in both environments to ensure the looks matched, even though the HDR pass has more latitude. The digital cinema grade was our base, and we then adjusted and made creative decisions accordingly. For deliverables, we traditionally use a LUT with a trim pass for the home entertainment colour space, to mimic what was done in the theatrical versions. In the case of Dolby Vision, we utilized the DI colour decisions and then did a shot-for-shot recolour for the HDR master,” said Nick.

Based on a high action, sci-fi video game this film, like the entire franchise, is full of digital characters and environments, dramatic clashes with lethal weapons and so on. The effects-heavy nature of the project called for specialist outside vendors including Mr X as the lead VFX house as well as Rodeo FX and others, tasked with about 2,000 shots overall. Since Deluxe were already deeply involved in other parts of the post, they picked up much of the clean-up work, which they could incorporate into the editorial and colour workflows, as mentioned.

Collaborating with the other vendors mainly required receiving their shots to add to the timeline, but the project’s fast cutting style brought some particular challenges. Nick said, “Because the editor was working to achieve a very specific look, we collaborated a lot during the conform. Not only does the film have a high volume of cuts, but many of the cuts also have an optical effect applied, which meant spending an extended time matching within a pixel of every move and shape.

“Keeping the opticals organised was a job all on its own. It involved extensive tracking and in some instances, we were cutting each frame, which required us to manipulate the system to gain enough control. Adrian Saywell, the online picture editor at Deluxe, spent nearly three months on the project.”

’Resident Evil: The Final Chapter’ is produced by Constantin Film and Impact Pictures. The film reached cinemas in Japan in late December 2016 and in the US on 27 January 2017. www.bydeluxe.com