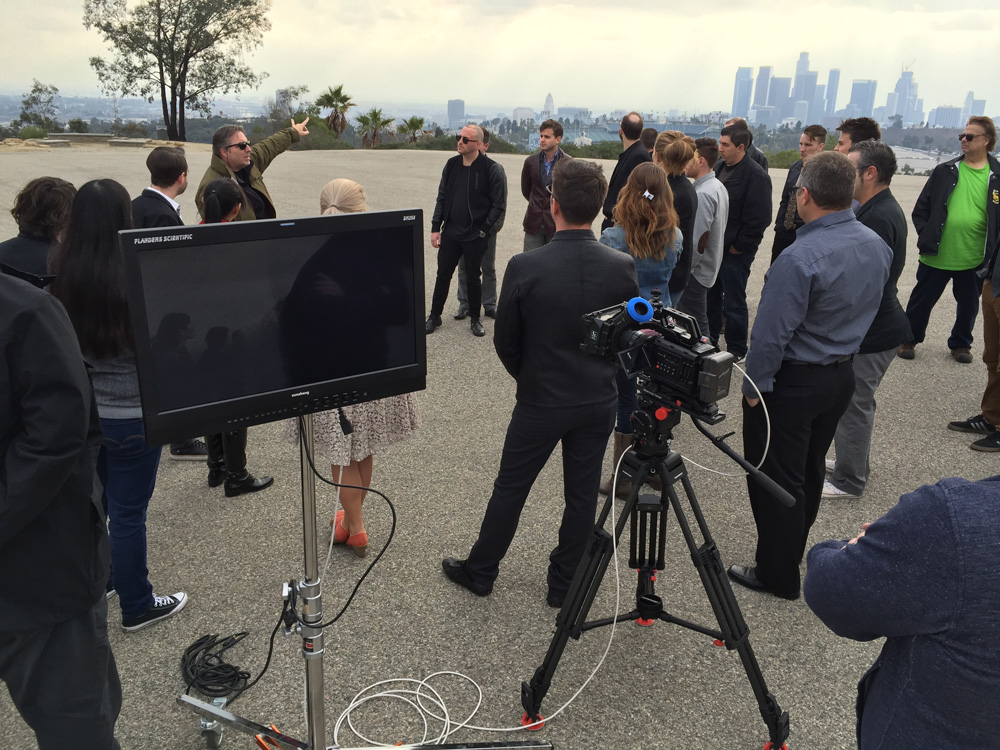 In this article, VFX supervisor Douglas Hans Smith contrasts the use of today’s high-resolution, wide dynamic range cameras and other modern techniques used to capture VFX elements, one of the most common and critical tasks a supervising team undertakes, with the techniques of 20 years ago.

Douglas was one of the artists that worked on the original ‘Independence Day’ film 20 years ago in 1996, for which he, Volker Engel, Clay Pinney and Joe Viskocil won an Academy Award. He also worked as an additional VFX Supervisor for the sequel, ‘Resurgence’, and helped production company Uncharted Territory as they carefully staged and captured their VFX plates for the project using a Blackmagic Design URSA Mini 4.6K EF.

One of the team’s sequences required capturing a crowd as they listened to US President Elizabeth Lanford’s address on the Capitol Mall outside the White House. The original footage of the actress delivering the speech was shot on a blue screen stage, for which the visual effects team needed footage of crowds of a similar quality to match.

“We needed a lot of latitude in the footage because the elements were going to be used in multiple ways. The artists had to be able to shrink, enlarge, stretch, cut out and move the imagery around to suit the camera,” said Douglas. “Since the crowd was going to be placed around the President on all sides, we needed to use several different lighting scenarios to capture different angles so they would match the sun in the shot. 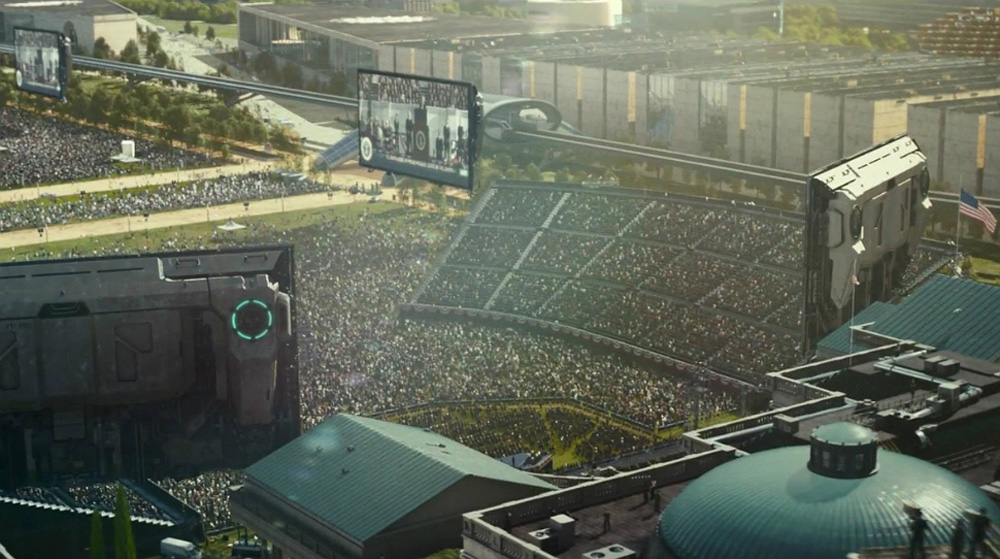 “To have that level of control over the results, we shot outdoors on an exterior blue screen stage - and ended up doing more than 20 setups that day to get everything we needed,” Doug said. “Consequently, we were cycling people through really quickly. Agility was critical, and the URSA Mini 4.6K’s size really came in handy. With the camera, we were able to run around and quickly get the shots we needed so we could move on to the next setup.

Douglas has been responsible for organising this kind of shoot many times in the past, and says the process is being used more selectively now that the quality of digital extras is continuing to improve. “For instance, I spent six weeks following behind the live action crew on ‘The Longest Yard’, made in 2005, shooting crowd elements for the stadium sequence. Almost every shot had five film cameras running at high speed. Many were moving cameras used in different weather and at different times of day.

“‘Independence Day: Resurgence’, on the other hand, was much more contained because now, of course, several solutions will work. Not only were CG doubles of different levels of image and action quality employed but also a process of propagating single 2D, digitally shot elements with a Houdini type of solution. For this sequence, we used a combination of CG extras placed in the background, with the additional live elements in the mid to foreground.”

He also noted that 20 years ago, the shoot itself would have been carried out differently as well, involving more equipment because gear was bulkier and heavier at that time, from tripods to camera heads. The set-ups and re-sets would have taken longer, and the crew would not have shot as much footage, shooting shorter takes to avoid wasting film. 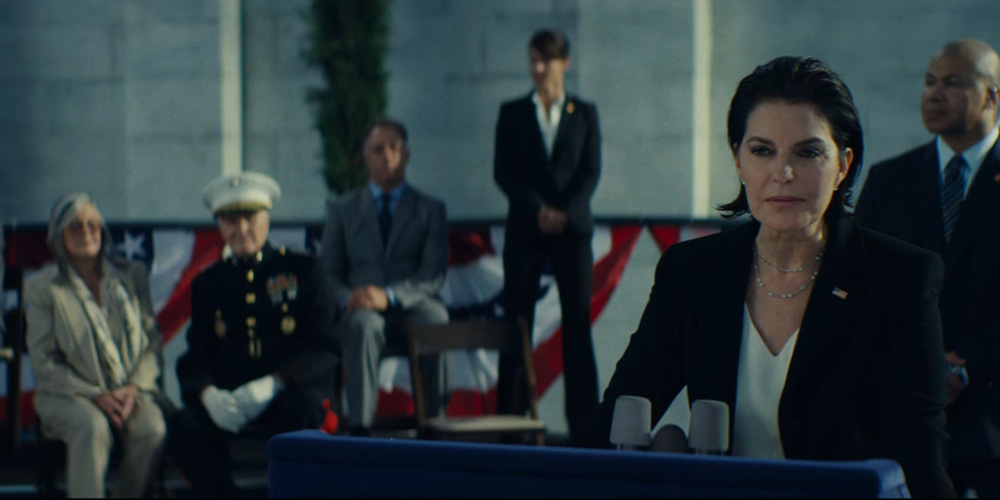 More care would have been taken with the exposure on the blue screen because of the more limited tool set due to the film grain and outdoor shoot. For ‘Resurgence’, on which the main unit crew were shooting with RED Epic and Weapon cameras, he also wasn’t so concerned about matching separately shot elements that would be place in a larger frame - as long as they had exposure latitude and the contrast was similar, he was confident the material would match.

Douglas said, “The compositing work on the new material was done by Luxx Studios in Stuttgart, Germany, whose artists had to be quite inventive to make the different angles work for the lighting and position. We made every attempt to shoot enough elements to cover all the shots, but still ran out of time, so Luxx had to use their ingenuity to adjust what elements they had to make them work. Variation among the elements was also limited due to time, which meant Luxx had to mix and match, darken and lighten to make it appear there weren’t any repeat elements.”

He and his crew did have some pre-vis to work with, which was useful for the original live action on the blue screen set, although they shot the crowd elements during post when they already had an edited sequence. Luxx tracked each angle in advance of shooting, generating camera placement coordinates so the camera could be positioned as if it were on the Mall in Washington, DC. So, in fact, coordination between crew and the Luxx team was critical to the success of the sequence.

Lighting conditions were of primary concern to Douglas. “When planning the shoot, we were a little nervous about the lighting because there was a lot of contrast, some of it very harsh owing to the backlight in the scene,” he said. “We didn’t want the shadows or highlights to clip, but ultimately we didn’t need to worry because the camera’s dynamic range meant the highlight detail from the URSA Mini 4.6K was ideal.” 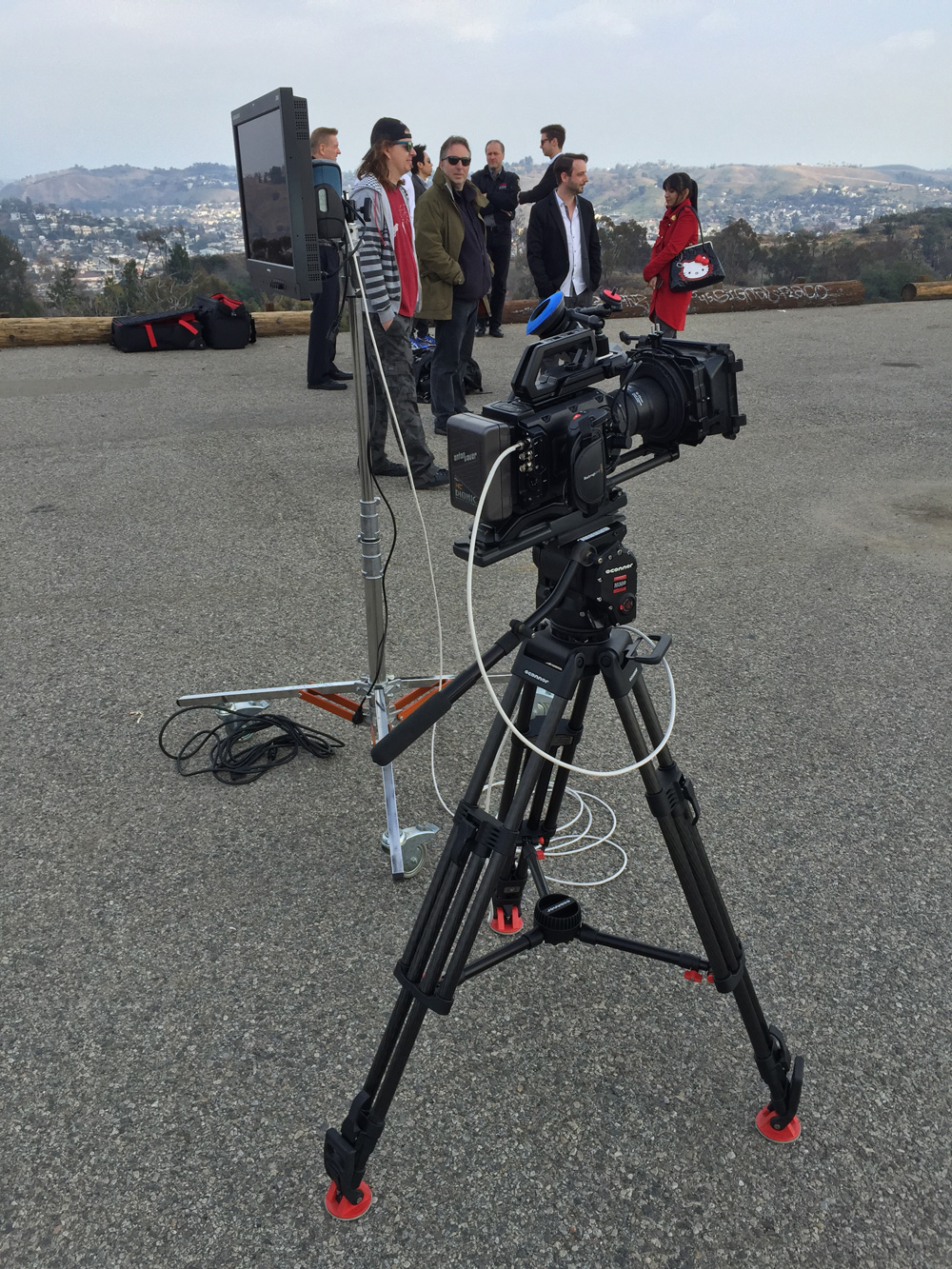 He explained that the advantage of locating outdoors for a blue screen shoot is that no additional lighting is needed. This makes a huge difference when shooting on a budget and generally, the outside light is very even if the screen can be kept smooth.

“Sky light can work for blue screen set-ups, but isn’t the best light. On a stage indoors, the colour temperature of the lights can be controlled very nicely with gels or shifting the colour temperature of the lights. But when shooting outdoors, you get what you get. The colour varies all day - including the light on the actors - even if there are no clouds and the air doesn’t seem to be hazy. Most shoots will have clouds coming and going plus the atmospheric haze changing constantly.”

Regarding clouds, whether sunny or cloudy conditions are needed for a particular scene, you are equally likely to be working under the opposite. “In our case, we got exactly what we wanted for the first part of the day and when the weather changed, we had to keep shooting – another reason why a camera sensor with wide latitude is necessary. The compositor has to make it work, regardless,” he said.

“In backlit conditions the screen itself can cast a shadow on your subjects at some point during the day. This causes all sorts of repositioning issues when trying to set up the shot as the sun is moving. In many instances, having a big screen in the background makes shooting easier, but the bigger the screen, the bigger the shadow. While smaller screens might be safer and cause less colour-spill, precisely positioning the screen uses up lots of time.”

Some of the angles had to be front lit, which meant that the screen in those shots was at least two stops brighter than the backlit screen shots. Again, the compositors have to deal with the variation, and the fact that the URSA Mini was able to keep it within a usable range was very useful.   www.blackmagicdesign.com.