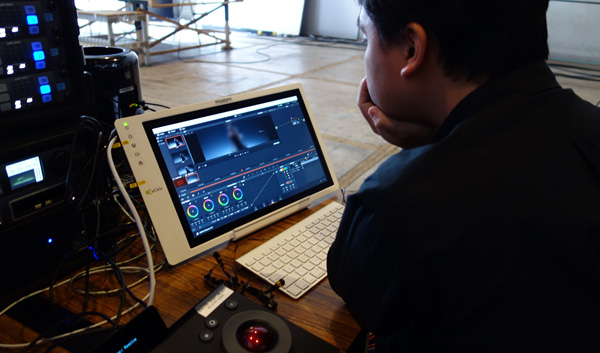 Tokyo’s Digital Garden created an 8K HDR video for one of its clients that involved several challenging elements in its production. The video contains several high speed shots, and was recorded with three 4K cameras whose footage was stitched into a single 8K, 7680 x 2160 video. On-set, Digital Garden needed to monitor in HDR 4K60P and mix camera output in real time to control the instant stitching.

To manage the tasks, the company designed and built a custom DIT system to use on set based on Blackmagic Design’s Videohub router with ATEM 2 M/E Broadcast Studio 4K switchers plus other Blackmagic gear for recording, conversions, capture and playback. Davinci Resolve was also used for on-set HDR colour correction.

Production itself took only three days, including the test shoot, so the challenge was how to carry it out efficiently and get the shots they needed. “The shoot involved three cameras sitting next to each other, which caused parallax problems,” said Shinichi Futagami, lead technical manager at Digital Garden. “To control the resulting distortion from parallax, we had to carefully monitor the dynamic range, focusing and the quality of the stitching, which is why we built the DIT system. 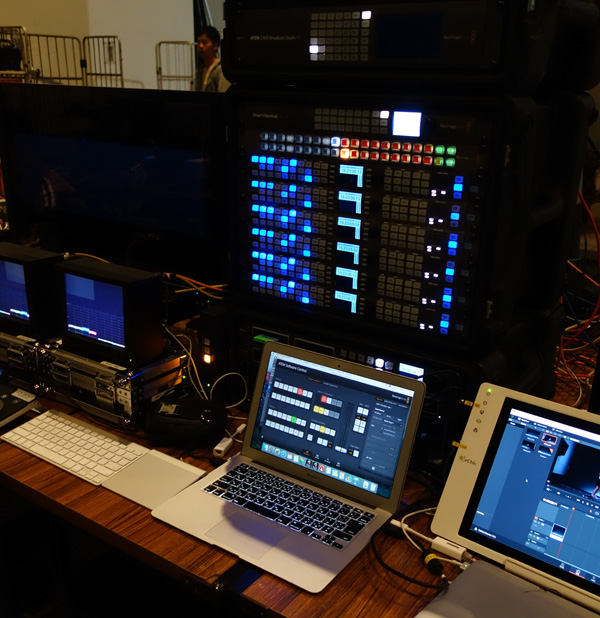 Each camera’s 1080 60P output was sent to a Smart Videohub 20x20 and was then up-converted to 4K60P via three Teranex Express devices. The up-converted image was then sent to the ATEM 2M/E Broadcast Studio 4K, which was used to monitor at HDR 4K60P. The video was then composited into one video temporarily to check the image stitch on set.

The stitched video was output to two consumer 4K TVs for the client to monitor, and a 4K master monitor to check HDR quality. To send the feed to these monitors, two Teranex Mini SDI to HDMI 12G and a Teranex Mini SDI to Quad 12G were used. The HyperDeck Studio 12G was also used to record the stitched image so that they could show it to clients on set whenever requested.

“Apart from Blackmagic, no other options were available that would support 4K 60P monitoring. This system could have been a lot more complicated, but with ATEM at the centre, we could connect everything with a single 12G SDI connection. The converters supporting 4K are also affordable and were easy to add to the system,” said Shinichi. 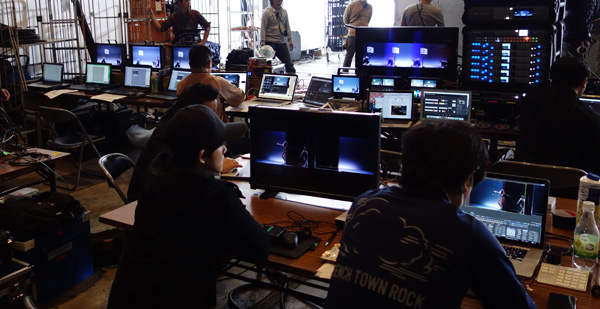 ”When switching on the ATEM, we created a preset based on the Super Source function. We had to change the setting based on which lenses we used, so we saved each preset and loaded it when needed. The software panel was reserved for the more complicated settings, to keep them safe. When the client asked us to show them an output, we used the ATEM’s front panel, which allowed us to switch outputs to their monitors without interfering with the set up on the software control panel.”

To get the most advantage from the HDR images, they needed to use the full range of the data that the camera captured. They brought a colourist on set who worked on DaVinci Resolve to help decide on the tone for this project and achieve a look as close to final grade as possible. Meanwhile, they could control the exposure more accurately, throwing out unwanted blacks and getting more details in the highlights, and the production and client could regularly monitor how the tone of the picture was progressing. 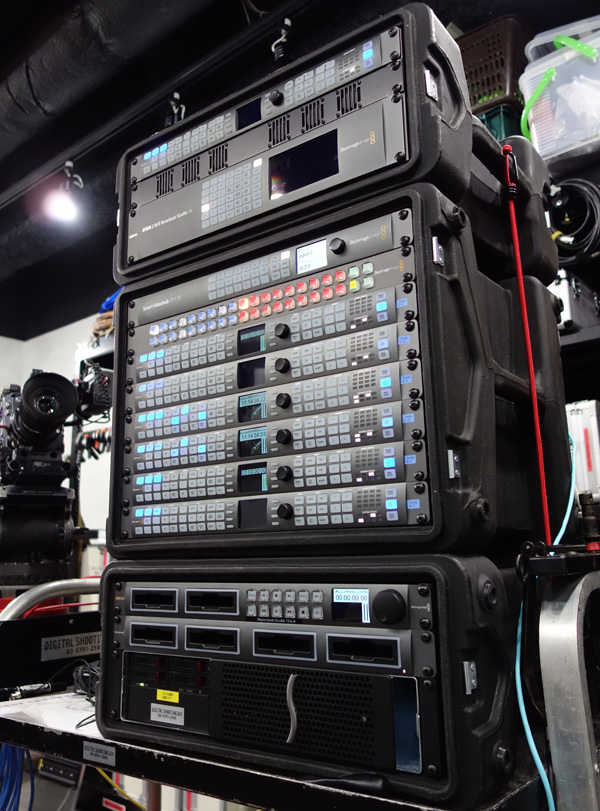 For use in post production, the camera outputs from the Videohub were fed through three UltraStudio 4K capture and playback devices, to capture QuickTime files that could be accessed through the network. The footage was then composited and rough stitched with VFX software for post processing, and then edited offline, all of which was done while still on set.

However, the final piece had to be delivered in HDR. Digital Garden used DaVinci Resolve for the HDR grade as well. “Resolve colour management made it possible to simplify the HDR workflow," said Shinichi. "I also found that Resolve could handle the RAW footage from the project cameras very neutrally, bringing a beautiful, natural colour to the shots.”    www.blackmagicdesign.com