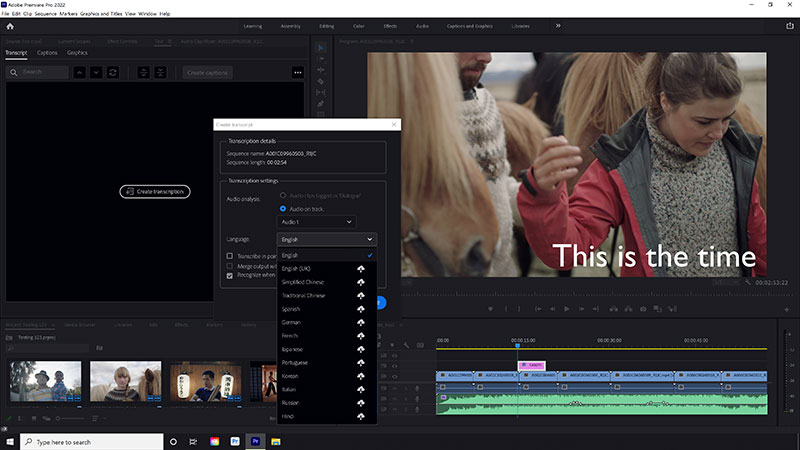 The new workflows aim to assist video editors including established professionals, social creators and new filmmakers, through the use of intelligent features and access to the performance of modern hardware.

The new Remix tool in Premiere Pro allows editors and creators to rearrange songs to match the timing of their videos. Powered by Adobe Sensei, Remix uses artificial intelligence to analyse the song and generate a new mix that fits the desired duration, whether shorter or longer than the original.

Remix works fast, making it possible to try out different arrangements using sliders in the Essential Sound panel. Until now, an editor could only fade music in and out, or had to make precision cuts with the razor tool to manually assemble a new arrangement, a process that can take hours. Remix can do this work in a few seconds. 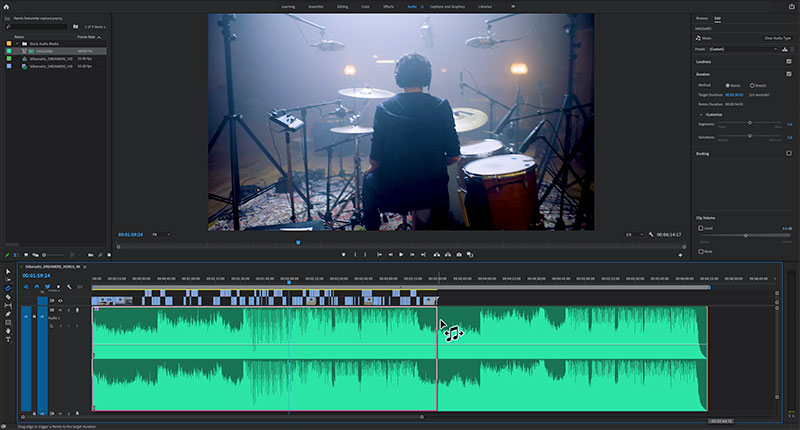 The Speech to Text workflow in Premiere Pro for captioning videos is now faster and more flexible. Downloadable language packs allow the user to transcribe videos without an internet connection, and achieve the same level of accuracy as in the original release of Speech to Text. Adobe says that, on Intel Core i9 and Apple M1 computers, transcriptions are three times faster, and typically two times faster on other current processors.

Speech to Text automates transcription and captioning, while leaving full creative control of the results, including all of the design features of the Essential Graphics panel.

The English language pack is installed automatically with Premiere Pro and all other 12 supported languages can be installed within the application or via Creative Cloud Desktop. All language packs will be updated on an ongoing basis with future releases.

Editors and creators who are delivering HDR content can now export projects substantially faster on
Windows systems with Intel or NVIDIA graphics. 10-bit footage will include more colour information, supporting beautiful HDR imagery, but requiring more processing to encode. Hardware acceleration takes advantage of the GPU to speed up those exports.

For owners of new 2021 MacBook Pro models with M1 Pro and M1 Max processors, Premiere Pro now adjusts to accommodate the notch in the bezel of the display. www.adobe.com