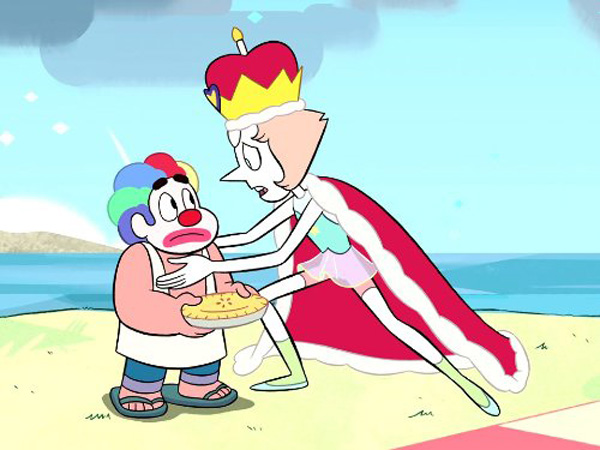 In 2016, Cartoon Network Studios acquired a two-channel Cinedeck ZX20 to help make their on-line and deliverables workflows simpler and faster. The company’s head of post production and editor Tony Tedford said, “At Cartoon Network, all of the pre-production materials originate in Burbank and are sent overseas to be animated. A set of QuickTime files is returned to us, rendered as DNxHD 175x codec, 1080p format, 23.98 fps. We edit and finalize everything in each of our seven Avid edit bays, where each editor takes one or more shows from work-print through delivery.”

The studios’ HDCAM-SR workflow was a major hurdle Tony wanted to eliminate by adopting the ZX20. “We were still outputting to tape and sending the tape out to a third party for QC. If there were issues with the show, we punched in changes directly to the tape, then re-ingested the tape to the project in Avid. Then we would make a QuickTime reference file of the final sequence with all the corrections. Finally, we would render the master from QuickTime Pro or would use an encoder to re-wrap and upload to a watch-folder for delivery to Turner in Atlanta. It was a complicated, multi-step process that took a long time. Even using the encoder to make the final file was arduous.” 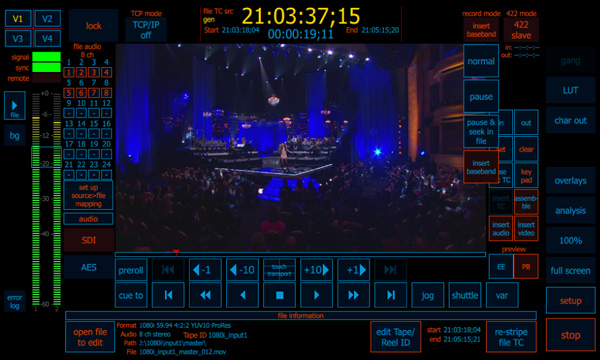 “A colleague talked to me about Cinedeck and File-based Insert Edit and I thought it would help us replace our tape workflow. I hooked up a test unit and was able to start working on it right away. I’ll admit that it’s a sophisticated piece of machinery and the UI was a little daunting at first. But once I realized it operated just like a tapedeck, I quickly figured it out,” he said.

File-based Insert Edit is Cinedeck’s approach to making file-based workflows more efficient by applying the capabilities of tape. Users create a library of virtual mastering media that serves the same purpose as a library of pre-striped black tapes, but since the virtual media are actually pre-striped black files, this library only needs to be created once.

“Now when a show is done, outputting to a master ‘blacked file' on the Cinedeck is quite simple. We preset the files with all of our usual programming parameters – ProRes 422 HQ with bars, tone, 10-16 audio channels and timeline. So, whenever we send any item to the Network, including pitch reels, promos and pilots, we just use Cinedeck.” 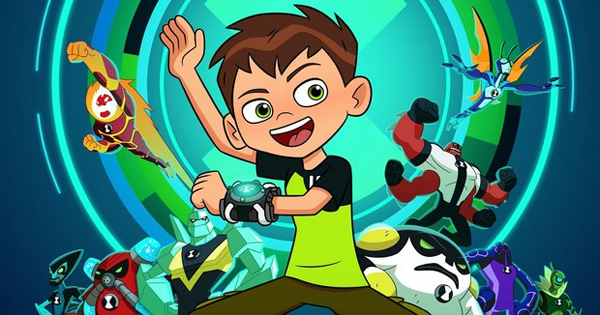 “We now send out files for QC and use the Insert Edit function to punch in the changes quickly – but tapes, couriers, re-ingests or re-exports are no longer part of our work. The editors also love Cinedeck because their new workflow is similar to our previous tape-based workflow. They copy the master blacked file into their show’s workspace and record into the file, in a similar manner.”

Cartoon Network uses Cinedeck to deliver shows such as ‘Mighty Magiswords’, ‘Steven Universe’, ‘Adventure Time’, ‘Clarence’, ‘Uncle Grandpa’, ‘We Bare Bears’ and the US of ‘Ben 10’. As well as simplifying the workflow, in practical terms, Tony estimates that Cinedeck saves money in tape stock and about 1.5 hours in post for a typical episode. “The support is also valuable. When I’ve needed help, the response has been very quick and fixes are made in hours or days,” he said.  www.cinedeck.com