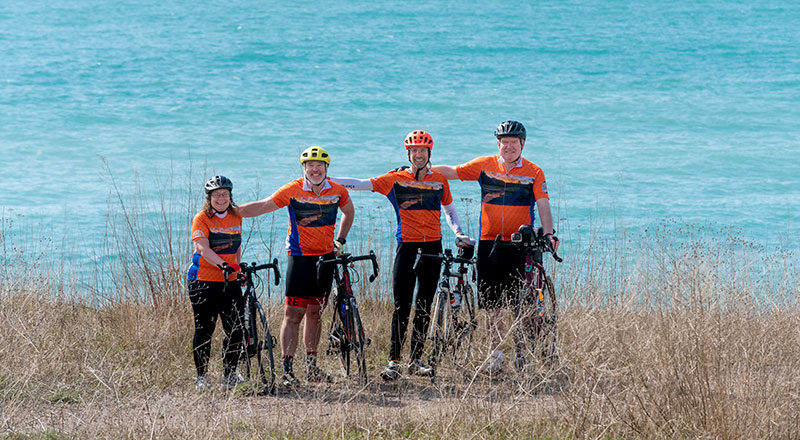 Dejero is supporting the Spinning Wheels Tour, ‘a cross-Canada Parkinson’s journey’, by providing connectivity and live video solutions that will enable three cyclists affected by Parkinson’s disease, to live stream their adventures from any location and in any type of terrain.

Dejero’s GateWay network aggregation device will provide ultra-reliable internet connectivity for live streaming along the route. The Dejero LivePlus mobile app will enable live transmission of low-latency video over smartphones, as the participants pedal their way from Victoria, British Columbia to St. John’s, Newfoundland, over the course of three months.

The Spinning Wheels Tour was formed to encourage those with Parkinson’s disease to be active and take up cycling, which is proven to delay the progression of the disease that currently affects over 100,000 Canadians. The cyclists plan to cover 150 km per day for 6 days per week from 25 June to September, 2022, building awareness whilst raising $200,000 CAD. The route spans approximately 9,000 km and will go through every Canadian province, and hundreds of cities and towns along the way. 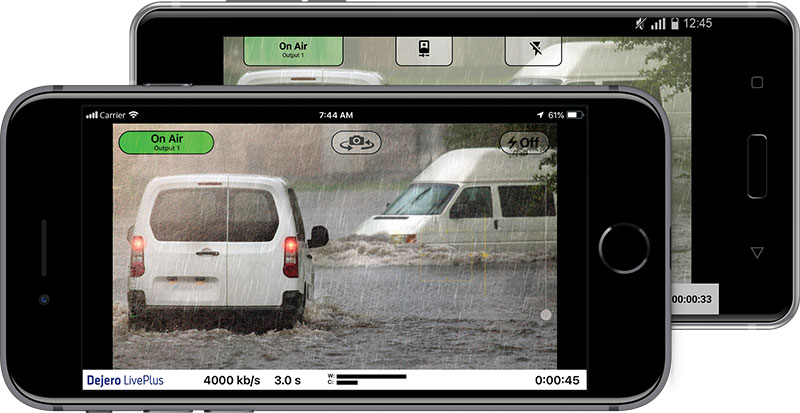 The team, who go by the name of Rigid Riders, are made up of Steve Iseman, Jim Redmond and Mike Loghrin. They plan to live stream to their YouTube and Facebook channels from GoPro cameras mounted on their bikes, a dash cam from an accompanying RV, and a large format camera when interviewing the riders and the people they meet en route.

A regular weekly live show will also be streamed on their social media channels and it will include footage from the previous week as a way of chronicling the journey.

“With Dejero onboard, we don’t need to worry about finding a hotspot or Wi-Fi connection at the next hotel or cafe in order to broadcast live, or think about the cell network coverage and cost of the data packages as we go,” said Mike Loghrin, who is responsible for live streaming during the tour.

“We have no restrictions when it comes to capturing the action at any point of the journey -- whether we’re in the Canadian Rockies, riding through prairies, crossing rivers, on the coast, in the most remote or crowded of locations. We can literally live stream whenever we want to.”

The Rigid Riders will carry a Dejero GateWay M6E6 network aggregation device in their accompanying support vehicle. Featuring Dejero’s Smart Blending Technology, the GateWay will combine connectivity from various cellular networks providers with two SIM cards for each network. The 6-modem GateWay will create a ‘network of networks’ to deliver enhanced reliability, expanded coverage, and greater bandwidth, and ensure uninterrupted live streaming from any location.

The Dejero LivePlus mobile app, which is available for both iOS and Android devices and also uses Smart Blending Technology, will be used to capture spontaneous content and multiple viewpoints during the journey.

“It’s also important that we make connections with communities as we go – being able to regularly share what we’re going through, stream video and edit on the fly, will really engage and uplift our supporters in a way we didn’t think possible before,” said Steve Iseman, co-founder Rigid Riders. “Without Dejero, we would still be trying to figure this out. Now, the range of content we can create from just about anywhere, plus the quality of the content, is going to be phenomenal.” www.dejero.com